On patrol for less than 2 months, the VPD’s untimely deployment of the Neighbourhood Response Team (“NRT”) was a flashpoint for the continued criminalization of poverty in Vancouver. The Team remains the subject of a Service & Policy Complaint filed jointly by Pivot Legal Society, VANDU, and WAHRS, although community members are relieved that the NRT has been taken off the street.

Vancouver, unceded territories of the xʷməθkʷəy̓əm, səl̓ílwətaʔɬ and Sḵwx̱wú7mesh Nations – Last Friday, the Vancouver Police Department announced that the Neighbourhood Response Teams (“NRT”) initiative concluded, 42 days after it was first deployed. Despite its short time on the street, the NRT was felt in the Downtown Eastside as an unjust escalation of the ongoing criminalization of poverty. The NRT was announced on November 13, though at that time the police did not describe it as a short-term or temporary initiative.

The NRT was designed to address the perception that people who rely on space are committing crimes simply by being visible on the street.

After learning of the NRT, Pivot, the Vancouver Area Network of Drug Users (VANDU), and the Western Aboriginal Harm Reduction Society (WAHRS) filed a joint Service & Policy complaint with the Police Board. These three groups share a common concern that this newly-fashioned team will intensify disproportionate and discriminatory policing of people who rely on public space. The NRT was designed to address the perception that people who rely on space are committing crimes simply by being visible on the street.

This policing initiative directly contravened the motion passed by Vancouver City Council’s in July, which affirmed the importance of deprioritizing policing as the response to mental health, sex work, homelessness, and substance use. Shortly before this, Vancouver City Council also passed a motion calling for an end to the racist, classist practice of street stops. Earlier in December, many residents of Vancouver continued to speak out against the VPD budget and called to defund the police. Yielding to civic pressure, City Council did not increase the VPD budget – but they did not decisively defund the police either. Over a dozen community groups have since responded to the budget, calling for a 50% cut by 2022.

Throughout the Neighbourhood Response Team’s existence, the VPD described it as a team responding to “low priority calls” and undertaking “wellness checks.” The VPD justified the creation of the NRT based on “perceptions of crime,” despite actual rates of crime decreasing; and referenced increased rates of crime based on reports of “unwanted person” or “annoying circumstances” such as people are sheltering on sidewalks or in entryways who “impede the lawful use of property.” The assumption here is that “unwanted” or “annoying” people rely on public space and do so unlawfully.

Poverty is not a crime; addressing its impact through criminalization (including specialized police teams) is an inappropriate and harmful response.

Poverty is not a crime; addressing its impact through criminalization (including specialized police teams) is an inappropriate and harmful response. While the police may cite a story where they hand out sleeping bags or scarves to people sleeping rough, even the president of the Canadian Police Association recognizes that police should not be providing social services. From our work, we know that peers should lead this work, as they have the skills, knowledge, and expertise to serve people who rely on public space.

READ: COVID-19: How mainstream-media coverage of pandemic crime rates is getting it wrong

Strong communities make police obsolete, and we continue to strive for that future.

The Neighbourhood Response Team was an inappropriate, harmful, and potentially dangerous response to systemic inequality from its inception. While unsheltered community members, in particular, may be relieved to know that they will not be subject to harassment or displacement by the NRT, the lingering need to defund the police and invest in communities remains. This includes peer-led crisis intervention, pension- and shelter-rate housing, decriminalization of drug possession, and access to safe supply.

Strong communities make police obsolete, and we continue to strive for that future.

The Province of British Columbia has full jurisdiction to prohibit the discriminatory practice of street checks which disproportionately impacts Indigenous and racialized people and communities who navigate systemic poverty. 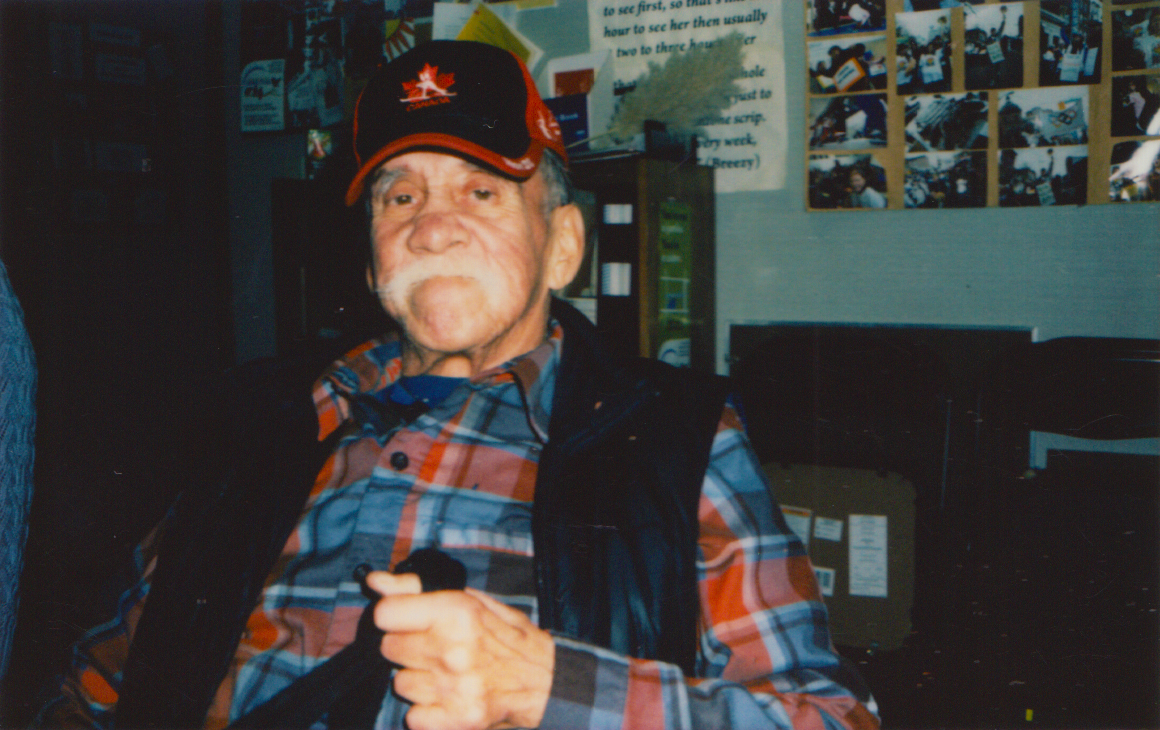 “I think the cops shouldn’t be pushing around poor people. They want to boss us around, control us. It’s not right, it’s not right to us. We’re just trying hard to keep our heads above water. I’ve been around VANDU for seven years, taking action to defend our community. It’s time the police listen up.”

“The Neighbourhood Response Teams were used by the VPD to pit unhoused community members against unfounded ‘perceptions of crime.’ Rather than further criminalize our neighbours, we must divest from policing and resource peer- and community-led responses that target the root causes of ‘disorder.’ While it was disappointing to see the NRT authorized by the VPD, we’re thankful that they are no longer operational and we must ensure that we commit to eliminating poverty, not criminalizing the poor.”

November 16, 2020 | A group of community organizations serving Vancouver’s Downtown Eastside filed a Service and Policy Complaint with the Vancouver Police Board opposing the creation of a new VPD Neighbourhood Response Unit.

VANDU is a grassroots group of users and former users who work to improve the lives of people who use drugs through user-based peer support and education. Since 1998, VANDU has committed to increasing the capacity of people who use drugs to live healthy, productive lives. VANDU is also committed to ensuring that drug users have a real voice in their community and in the creation of programs and policies designed to serve them.