Instead of much-needed law reforms however, we see an over-reliance on harsh jail sentences to punish street level dealers, often drug users themselves.  Recently, a glimmer of hope for change appeared in the decision of R v Ellis.  On November 29, 2021, the Provincial Court of BC delivered a ground-breaking decision re-examining the sentencing range (the range of jailtime that sentencing courts should impose, absent exceptional circumstances) for people who deal drugs containing fentanyl. Co-defended by our friend Sarah Runyon of Marion and Company and Pivot lawyer Caitlin Shane, Tanya Ellis' case is the first of its kind to categorically deny the utility and fairness of BC’s harsh sentencing for street-level dealers of fentanyl.

where subsistence-based drug dealers are concerned, incarceration in the name of “denunciation” and “deterrence” is outdated, ineffective, and ultimately at odds with public health and the goal of structural rehabilitation

Taking up our argument, the Honourable Judge Flewelling shattered the false dichotomy between drug user victim and drug dealer villain, and ruled that where subsistence-based drug dealing is concerned, incarceration in the name of “denunciation” and “deterrence” is outdated, ineffective, and ultimately at odds with public health and the goal of structural rehabilitation.

Sentencing ranges refer to the amount of jailtime that Courts are typically required to impose on offenders with respect to various criminal offences. These ranges are Court-created and vary from province to province. Where fentanyl trafficking is concerned, BC has some of the steepest sentencing ranges across Canada. This is because in 2017, amid growing concerns of fentanyl saturation in the illicit drug market, the BC Court of Appeal increased the range to a staggering 18-36 months (departing from the standard 6-12 months) in jail.

While the rate of fentanyl-related overdose deaths in BC is tragic and unconscionable, drug dealers are a convenient scapegoat for governments, politicians, and police who refuse to take evidence-based steps toward structural solutions: namely, ensuring a legally regulated drug supply, ceasing the criminalization of people who use drugs, and addressing the underlying causes of drug use and addiction: poverty, unemployment, trauma, cyclical incarceration, and a toxic drug supply.

As we’ve witnessed time and again, “tough-on-crime” sentencing ranges have proven ineffective in reducing either the incidence of trafficking or the prevalence of fentanyl in the illicit market. They also fall hardest and most frequently on street-level, subsistence-based dealers who have less control over their supply and who oftentimes use drugs themselves, are precariously housed, or lack other forms of employment. For these reasons, we were compelled to provide the Court with a holistic picture of how punitive drug laws do more harm than good.

Tanya Ellis is a 43-year-old woman who has lived for decades on the We Wai Kum First Nation Reserve. She is a devoted mother to two daughters, having recently lost her long-term partner and the father to her children due to the drug toxicity crisis. Ms. Ellis has overcome a number of challenges in her lifetime to get where she is today, but still faces various structural barriers to employment, stable housing, and her health.

In the months following the tragic death of her partner, Ms. Ellis began selling small amounts of drugs to pay her bills and sustain her own drug use. She had no employees and no role in the manufacturing, compounding, or cutting of the substances she provided to a regular client base of 5-10 people. Ms. Ellis has been to residential treatment seven times and was refused entrance in another program because she couldn’t pass the screening test for substances. In her evidence, she described the difficulty of changing her life following treatment because each time she returns to the same surroundings with “the same problems, the same chaos, not knowing where to go from there and not wanting to deal with it.” 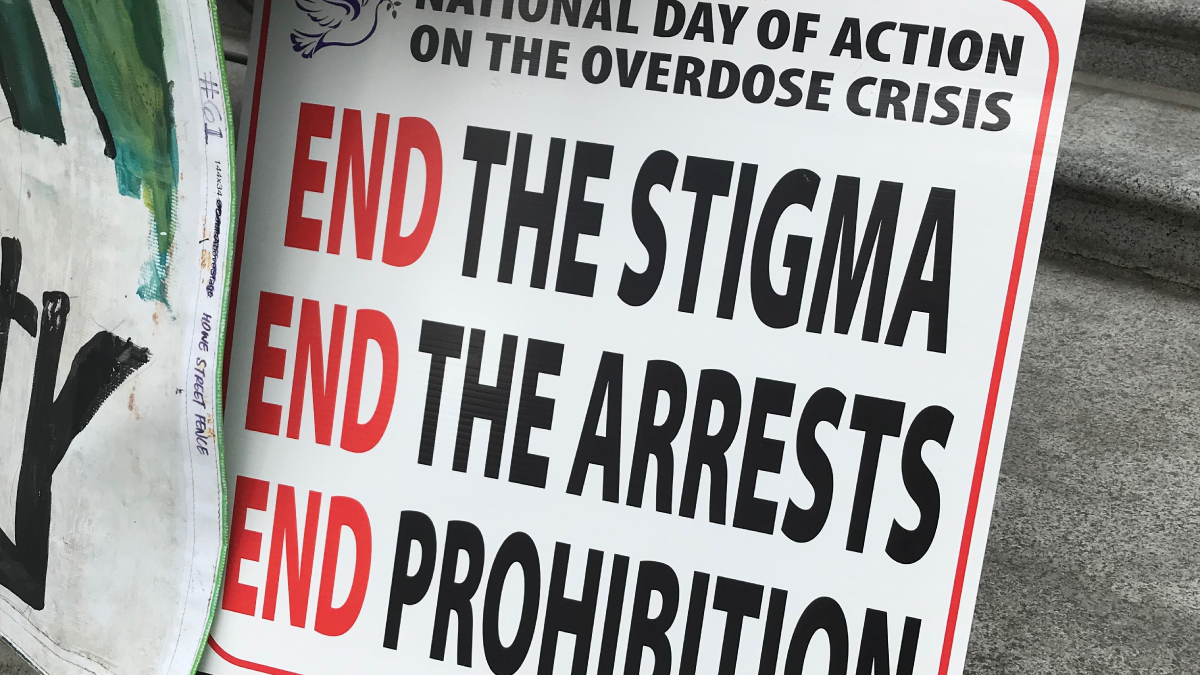 In 2019, Ms. Ellis was the target of an undercover sting operation led by the RCMP. On February 3, 2021, she pleaded guilty to four counts of trafficking contrary to section 5(2) of the Controlled Drugs and Substances Act. The Crown recommended the maximum sentence of 36 months jailtime. On Ms. Ellis’ behalf, we sought a suspended sentence with no or minimal conditions.

In addition, we asked the Court to revisit the efficacy and utility of deterrence and denunciation and the use of carceral sentences involving street-level trafficking and drug use. Since the BCCA’s 2017 decision setting a punitively high range, there has been a fundamental shift in the public’s understanding of drug use and trafficking; not only do harsh sentences for subsistence-based dealers fail the objectives of deterrence and denunciation, but these latter objectives should be secondary to the goal of rehabilitation, which can only mean voluntary, evidence-based supports for ‘offenders,’ such as injectable opioid agonist treatment (iOAT) and other voluntary maintenance therapies.

We relied heavily on the expert evidence of our friend and colleague Dr. Ryan McNeil of the BC Centre on Substance Use and the Yale School of Medicine, who provided the Court with invaluable testimony regarding the nature of drug use, addiction, and the systemic oppression of people who use and deal drugs.

The Court agreed that revisiting BC’s high sentencing range for fentanyl trafficking offences (and the role of deterrence and denunciation in assessing a fit sentence in these cases) is warranted and necessary: “[T]here has been a fundamental shift in societal understanding of drug addiction—the underlying causes, risk factors and the best evidence-based treatment protocols and guidelines. There has also been a fundamental shift in understanding…the relationship between the addiction, the need to have access to a drug, the imperative to avoid the severe effects of withdrawal and the low level or street level trafficking of those drugs.”

A proportionate sentence requires prioritizing rehabilitation, which cannot be achieved through incarceration, mandatory treatment, or any other punitive consequence regularly imparted by the criminal justice system.

In the case of “offenders” like Ms. Ellis, the Court found that the current sentencing range fails to serve either goals of denunciation or deterrence, since incarceration cannot address the structural factors giving that Ms. Ellis faces. A proportionate sentence requires prioritizing rehabilitation, which similarly cannot be achieved through incarceration, mandatory treatment, or any other punitive consequence regularly imparted by the criminal justice system. Instead, voluntary evidence-based treatment should be recommended by Courts, but not required.

Ms. Ellis’ jail sentence was suspended. She received minimal probationary conditions and thirty hours of community service. If she chooses, she may by referred to a medical assessment for determining the most appropriate evidence-based treatment.

The excessive sentencing range imposed by the BCCA in 2017 has been rejected with respect to people in Ms. Ellis’ circumstances. Rather than sentence street-based dealers to jail, Courts can and should suggest evidence-based treatment for those who want it.

The Court made a number of key findings that will inform future cases dealing with subsistence-based trafficking:

For Ms. Ellis, the decision is life-changing: rather than be cycled through a punitive criminal justice system that fails to address the roots of her circumstances, she can instead focus on her children and herself.

For Ms. Ellis, the decision is life-changing: “Rather than be cycled through a punitive criminal justice system that fails to address the roots of my circumstances, I can instead focus on my children and myself.” Though supports for people who use drugs in Campbell River are still sorely lacking, staying out of jail means she can take the Court’s recommendation to explore options for improving her health and social surroundings. This outcome is a significant step toward re-writing Canada’s approach to substance use and subsistence-based dealing.

Unfortunately, the Public Prosecution Service of Canada will likely appeal Ms. Ellis’ case, which means she continues to live under threat of eventual incarceration. But the prospect of appeal is not one Ms. Ellis will back down from: making the case before higher court levels means an opportunity to ensure this provincial court judgment is binding across the country, rather than in BC alone. If and when the time comes, we’ll be ready to respond, because old laws die hard.

On December 17, 2021 the Public Prosecution Service of Canada filed its appeal, stating that the sentencing judge erred in her decision. This means we will be headed to the BC Court of Appeal to argue Ms. Ellis’ case. We will keep you posted as updates arise.