Onwards and Upwards: Continuing the Fight for Healthcare in Prisons after a Disappointing Ruling

A near-decade of proceedings

After 8 long years, on April 30, 2020, the Ontario Superior Court of Justice finally ruled on the case of Steven Simons, a former prisoner who was infected by Hepatitis C (HCV) and exposed to the risk of HIV infection in prison due to a ban on prison needle exchange programs (PNEP). Justice Edward P. Belobaba ruled against Simons, dismissing the claim that the Correctional Service of Canada’s policy infringed prisoners’ constitutional rights. Pivot intervened in his case alongside the Vancouver Area Network of Drug Users (VANDU) and West Coast Prison Justice Society. We are fortunate to have been represented by Dan Sheppard of Goldblatt Partners LLP.

Disappointingly, our fight is not yet over, since the Court did not affirm what we firmly believe: that Canada’s complete lack of PNEP in the majority of prisons across the country—and its highly securitized PNEP in a select few—violates the life, liberty, security, and equality rights of prisoners under sections 7 and 15 of the Charter. 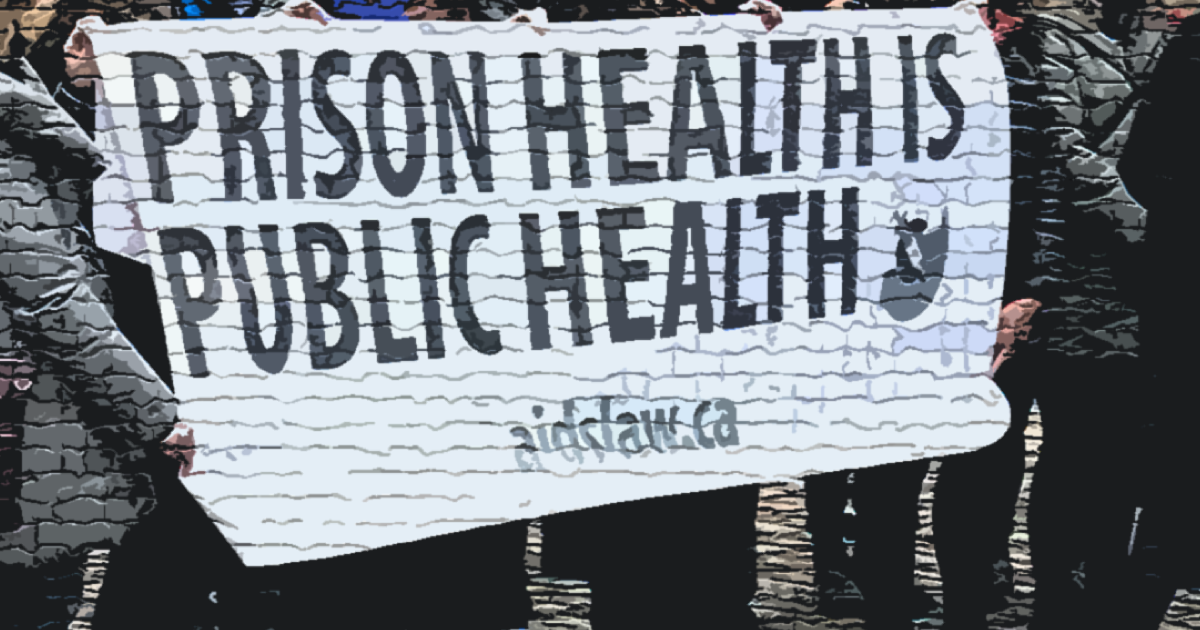 While the ruling is certainly a setback, it is just one more hurdle we must overcome in our fight to end Canada’s devastating War on Drugs. We want an end to restrictive, securitized PNEP. We need low-barrier, confidential, and evidence-based harm reduction in prisons now!

Up until June 2018, the Correctional Service of Canada (CSC) maintained a complete ban on PNEP in federal institutions. As a result, federal prisoners who use drugs have been unable to access the life-saving harm reduction supplies consistently recommended by public health officials in the broader community as a means to prevent needle-sharing and the spread of infectious diseases like HIV and HCV.

Such a ban is particularly alarming in light of its effects: the HIV prevalence rate for federal prisoners is some ten times the rate for the general Canadian population. In addition, prison-based rates of needle-sharing and HCV soar. Many countries, having noticed similar trends in their own prisons, have operated PNEP with success for decades, including in Switzerland, Spain, Portugal, Germany, and Iran. These programs are proven to decrease needle-sharing and in turn prevent the spread of bloodborne infections.

To learn more about the case, visit the HIV Legal Network's www.prisonhealthnow.ca or click on the image below.

Instead of taking up these recommendations, however, CSC has historically relied on ineffective and dangerous “bleach programs,” which provide prisoners with bleach to clean drug injection equipment. This approach has been used despite UNODC (United Nations Office on Drugs and Crime) Guidelines stating that the use of bleach is unethical and despite a warning from CSC’s own advisory board over twenty years ago that bleach does not adequately protect against HIV/HCV transmission.

Steven Simons is just one of many prisoners who has suffered because of a lack of harm reduction supplies in Canadian prisons. In 2012, two years after his release, he brought forward a challenge to the ban on PNEP alongside four HIV organizations. Together, they argued that the PNEP prohibition is unconstitutional, violating the life, liberty, security, and equality rights of prisoners guaranteed under sections 7 and 15 of the Charter. Our coalition intervened to explain in detail how the ban disproportionately impacts vulnerable prisoners, contrary to the section 15 right to equality.

The road to this month’s decision has not been smooth. In addition to ignoring calls for effective PNEP, the federal government has made repeated efforts to delay a proper hearing on the matter. Since 2012, we have been fighting against procedural delays, and for government accountability. Only in 2018—and likely as a result of this litigation—did CSC agree to a slow-moving rollout of pilot PNEP in a few select prisons, further complicated by recent delays related to COVID-19 .

This partial rollout—and all its flaws—was the subject of the latest hearing and Court ruling. Does the Canadian government’s severe restriction on confidential and effective access to prison needle exchange programs violate the life, liberty, security, and equality interests of prisoners? We say it does.

CSC’s limited implementation of pilot PNEP is a step in the right direction, but it is not nearly enough. To date, only a handful of prisons across Canada are participating, and as the Applicants and Interveners argued before the Court, these pilot programs are riddled with problems affecting their efficacy and rates of retention. To exacerbate the matter for those residing in prisons now, PNEP has been halted due to COVID-19, putting prisoners at risk yet again.

PNEP is essential healthcare. It should be characterized, designed, and implemented like other forms of healthcare in the prison system—confidentially, without stigma, discrimination, or judgment, and under the direction of CSC Health Services, not prison security staff.

The PNEP currently on offer through the pilot program is exceptionally securitized. Prisoners seeking access to the program must undergo a “threat/risk” assessment, which requires a warden to approve their participation irrespective of clinical need. PNEP participants are moreover subject to multiple daily “visual inspections” and their access to kits is heavily limited, despite the fact that many prisoners will use drugs multiple times a day and thus have to re-use equipment. This securitization poses obvious health, safety, and confidentiality risks and is otherwise a clear barrier to access. It flies in the face of evidence-based drug policy amid an opioid epidemic that kills thousands of people in Canada each year, including people in prisons.

SK, who was recently released from one of the few prisons in Canada where PNEP is offered, explains how the pilot PNEP lacks public health footing. SK was being held in a women’s penitentiary in January 2020. At the time of her release, no one had accessed the program in her institution, due to the possible disciplinary measures they might incur:

"On one hand, you’re offering to give us something for harm reduction—this needle exchange program is a harm reduction measure. Yet, on the other hand you’re putting it down in our paperwork and that shows up when we talk to our case management team to request support or appear before the National Parole Board of Canada. We are then punished for our involvement in the “drug subculture.” Using the program will be used against us to show that we are “actively involved” and “seeking out” or “immersing ourselves in” the drug subculture. These labels can and will have disciplinary consequences. When you’re labeled  as someone who is actively involved in the “drug subculture” you will not receive support for community-based programs because CSC will hold your drug use against you. Making use of this program inside an institution actually undermines people seeking harm reduction.

It’s totally contradictory—CSC says “use these programs” but then they punish you. We know the guards don’t like the program, and because of this they will try to get the program removed - this means they could give people a hard time trying to access it, or conduct extra searches, or write up observation reports that claim inmates were “under the influence.” Guards have their forms of intimidation, coercion, of everything. Believe me, I’ve seen this before - when guards wanted smoking banned from the institutions they would lay charges against inmates and bring up personal concerns about “second-hand smoke.” They are so savvy—they will take a positive program like this and turn it into a negative thing. Even though the needle exchange program is designed for the best interests of inmates and staff alike, guards are turning it into harm alone. The current approach has taken the “reduction” right out of it." - SK

The persistence of harsh restrictions on PNEP is a testament to the stigma that continues to plague our state facilities and services. There is no reason to exceptionalize the delivery of healthcare to prisoners who use drugs by imposing excessive securitization. PNEP must be low-barrier and properly within the spectrum of healthcare services.

Our coalition, Pivot, VANDU, and Westcoast Prison Justice Society, provided the Court with a clear overview of the ways in which prohibitions against or restrictions on PNEP harm some people more than others along lines of sex, race, and “disability”—in particular, women, Indigenous people, and people who use drugs. 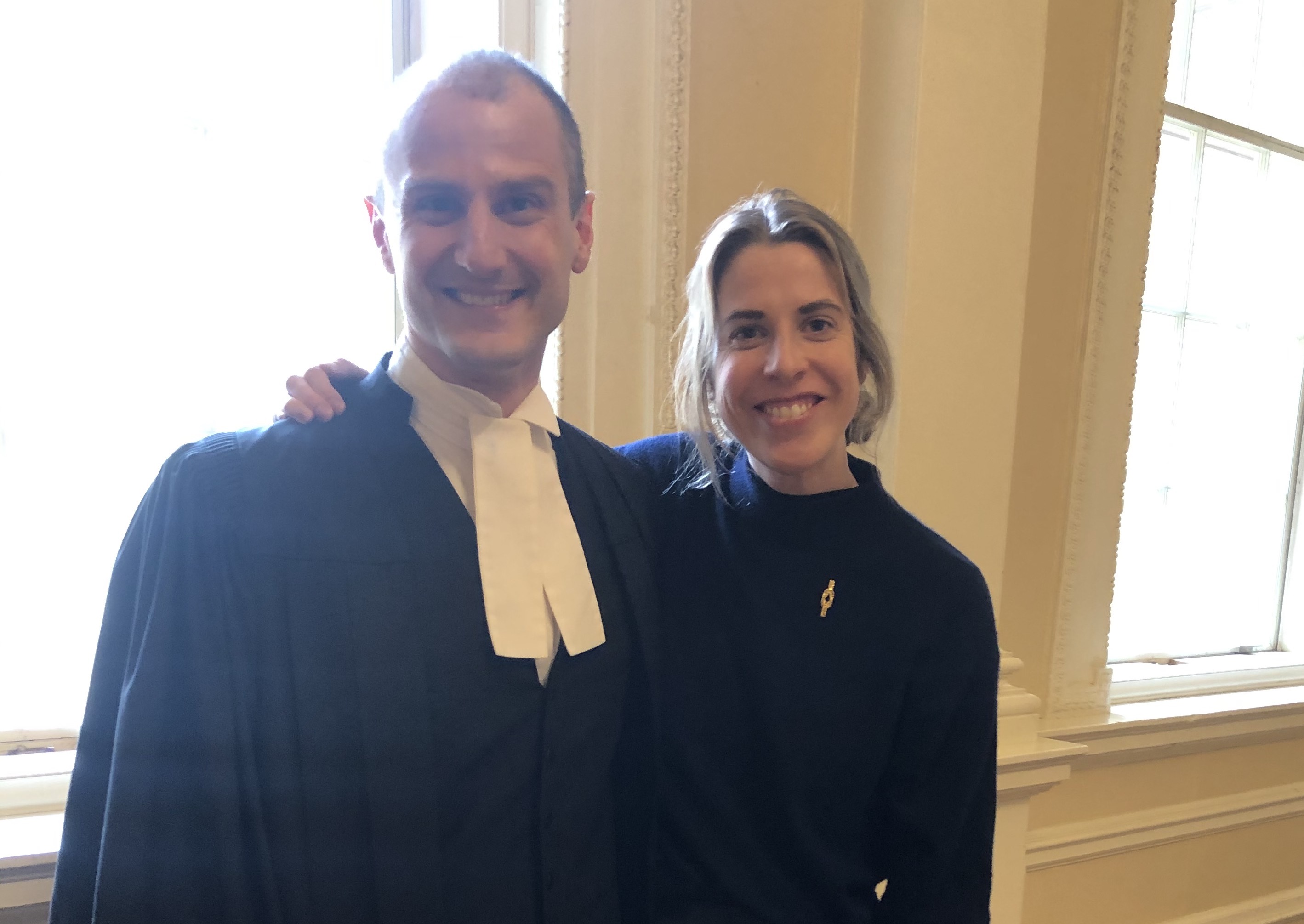 Women, people experiencing addiction, and Indigenous people are already more likely to be exposed to HIV or HCV, more likely to share or re-use needles, and more likely to be incarcerated (with the exception of women). Given that these groups arguably require PNEP the most, they accordingly suffer the most from a restrictive PNEP regime. This, we told the Court, violates section 15 of the Charter, which guarantees equal benefit and protection under the law.

"Too soon to tell": The Court’s decision

On April 30, 2020, the Court issued its long-awaited judgment. While it did acknowledge that arguments about discrimination on the basis of disability, sex, and race—the very arguments our coalition made—would have been compelling were there still a total ban on PNEP, the Court decided that because of the ongoing 2018 rollout of PNEP, questions about the constitutionality of the rollout (and the lack thereof in most facilities) are premature:

“Changes in design and operation are being made as the roll-out continues. A formal evaluation by independent expert Dr. Leonard, as already noted, is expected by year end. [This] evaluation may well lead to further design changes. Passing judgment on the constitutionality of a PNEP that is only one-quarter complete and whose final design remains uncertain would be neither prudent nor just. This portion of the application is dismissed in my discretion as premature … It would not be an appropriate or sensible use of judicial resources to rule on the absence of a PNEP in the 32 remaining institutions while a good faith PNEP is being rolled out to address this very point” [at paras 24-25].

The Court therefore dismissed the case.

Our federal government publicly applauds itself for its progressive, public health approach to substance use, yet it has fought us in the justice system, tooth and nail, to prevent prisoners’ access to basic harm reduction.

What is frustrating about this outcome is the extent to which the federal government’s heel-dragging is responsible for harm to prisoners and a lack of accountability. It should not have taken six years of court proceedings for CSC to begin implementing pilot PNEP. It should not have taken eight years—and myriad delay tactics—to have our day in Court. Our federal government publicly applauds itself for its progressive, public health approach to substance use, yet it has fought us in the justice system, tooth and nail, to prevent prisoners’ access to basic harm reduction.

We have every reason to wonder whether the rollout in its current iteration is in fact “good faith,” and moreover whether CSC’s stated commitment to PNEP in all federal prisons will be achieved without additional Court proceedings. More frustrating is the fact that federal prisoners bear the devastating burden of this government stalling and inaction. In turn, the public health of all our communities suffers.

Next steps include an appeal of this decision by the Applicants. In the meantime, we will continue to push for equality under the law and an end to state-sanctioned violence across Canada, which takes all forms, including the denial of healthcare to vulnerable prisoners. Stay tuned for updates.

Special thank you to Dan Sheppard and of course to the Applicants. We are indebted to Steven Simons, HIV Legal Network, Prisoners with HIV/AIDS Support Action Network, Canadian Aboriginal Aids Network, and Catie for bringing this important case forward.

We are able to intervene in cases like this because of people like you. When you donate to Pivot you enable advocacy informed by the expertise of people with lived experiences. Thank you!