Imagining Courts that work for women

Imagining Courts that work for women

Imagining Courts that Work for Women Survivors of Violence

British Columbia’s justice system is at as critical juncture on the path to developing an effective system response to violence against women. With the exception of a small pilot program in Duncan, British Columbia is one of the few jurisdictions in Canada without specialized courts mandated to hear cases involving violence against women in relationships. Vulnerable women in BC have been disproportionately impacted by cuts to legal aid, and BC has been without a Minister for Women’s Equality since that position was eliminated ten years ago.

However, in 2012 the Provincial Government took some actions that offer important entry points into a renewed discussion about meaningful access to justice for women who have experienced violence. The Premier created a new Provincial Domestic Violence office and the Minister of Justice and Attorney General initiated a large-scale review of the justice system. While the focus of these moves has not been adding resources to our beleaguered legal system or addressing poverty among women and children, there is a now a lot of talk about reforming BC’s justice system to better handle the large number of cases involving violence against women in relationships.

This report began in 2009 with an informal conversation among anti-violence workers about whether specialized courts could better meet the needs of the women we work with. At that time, it was neither envisioned as submission to the Provincial Domestic Violence Officer nor as a response to the Justice Reform Initiative, however it now offers a timely critique of the current justice system response to violence against women.  It also offers an extensive look at programs from other jurisdictions and raises key questions that must be considered if BC is to move toward specialized courts for cases involving violence against women. Finally, this report offers recommendations for achievable reforms and effective program development, grounded in the perspectives of women who have been though the justice system as survivors of violence and the agencies that work with women every day. 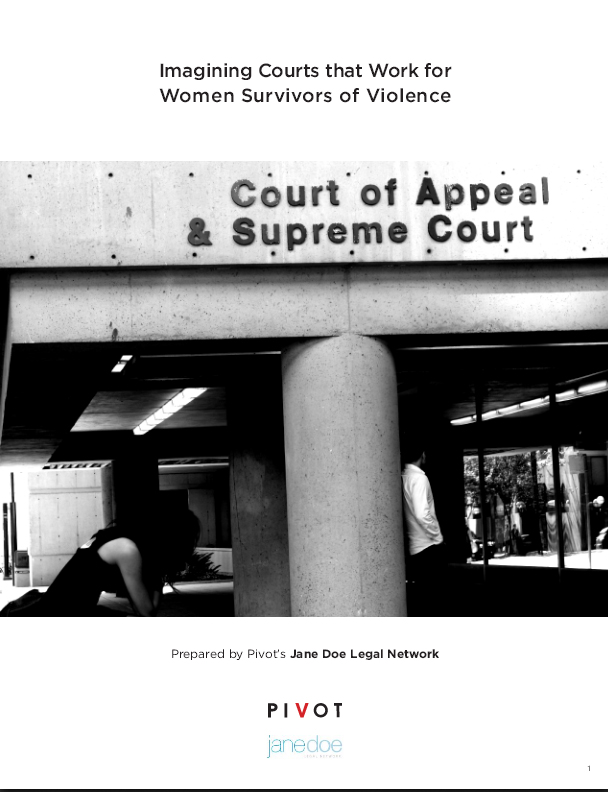