We must defund the police to build safe, healthy, and sustainable communities 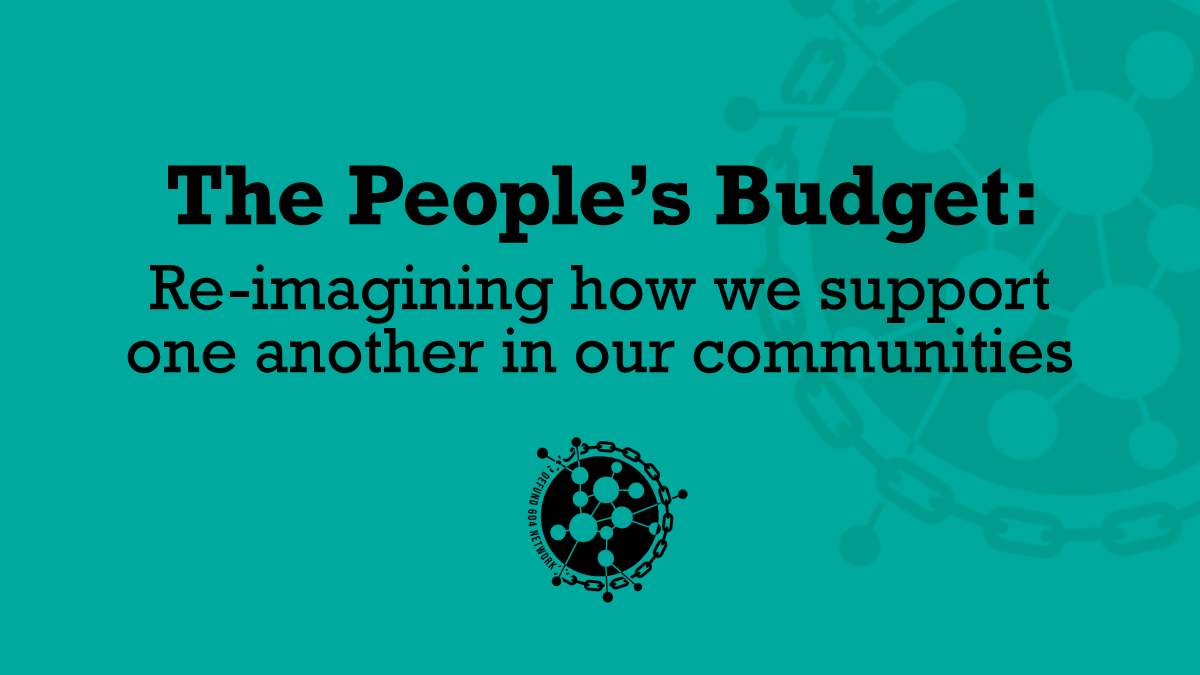 Defund 604 Network releases 6 demands to build safe, healthy and sustainable communities for all with release of results of the 2021 People’s Budget in advance of 2022 police budget deliberations.

Vancouver, unceded territories of the xʷməθkʷəy̓əm (Musqueam), səlil̓ilw̓ətaʔɬ (Tsleil-Waututh) and Sḵwx̱wú7mesh (Squamish) Nations – Ahead of the upcoming City Council budget hearings, the Defund 604 Network has released the results of its 2021 People’s Budget Survey. This survey was designed to further the goal of defunding the Vancouver Police Department (VPD) through better understanding and advocating for the needs of communities left out of current City of Vancouver budget consultations--particularly those who have been underserved, over-policed, and purposefully marginalized.

Laurel Albina, an organizer with the People’s Budget 604 states: “The City of Vancouver’s budget is a moral document and where we spend public money reflects our values and beliefs. The police have never been and will never be a good use of public money--and they’re the first to admit it!  Deputy Chief Howard Chow has told the police board that the crises of public drug use, mental illness and homelessness are not the jurisdiction of the VPD. It’s time for the City of Vancouver to take some real leadership and fund robust programs for real people that make an actual difference.”

The focus of the survey responses showcased support for peer-led structures that include:

Last year, the VPD received over $340M from the City Budget, representing one fifth (21%) of the City’s operating expenditures. On December 1, managers of each City department, including VPD Chief Adam Palmer, will make their case for the 2022 budget. Earlier this month, City Staff presented a $347 million dollar police budget proposal to Vancouver’s Mayor and Council. Last year, Council froze the Police budget, a move that was immediately appealed by the Vancouver Police Board, who sought a reconsideration by the provincial Director of Police Services.

Regarding the need to defund the VPD, the second largest police in the province, Meenakshi Mannoe, Criminalization & Policing Campaigner at Pivot Legal Society notes that “Despite a global movement to defund the police and invest in community-led crisis response, both the Vancouver Police Board and Department continue to insist on increasing their annual budget. While the police may claim they support progressive change, their demand for more public dollars completely negates that. We live in a city where the police force denies the existence of systemic racism, creates programs that target unhoused communities, and members obstruct the delivery of peer led services at Overdose Prevention Sites. This is unacceptable and the only way to end this culture of criminalization is through defunding.”

Following the 2021 Budget Decision, 14 community organizations and advocacy groups spoke out against the budget and elected officials’ failure to defund the VPD. These groups also called for a 50% cut to the Police Budget in 2022. Despite massive amounts of public dollars, policing as an institution does little to resolve the underlying issues that bring people into contact with crisis services - gender-based violence, poverty, lack of access to housing, inadequate mental health care, and lack of safe supply.  Rather than being a core service that provides public safety, the Defund 604 Network recognises that the actions of the Vancouver Police Department continue to undermine the safety and human rights of Vancouver’s community members made most vulnerable by current colonial and capitalist structures.

Vince Tao, Community Organizer at the Vancouver Area Network of Drug Users (VANDU) highlights the ongoing violence perpetuated by the VPD: “For far too long the VPD have held a chokehold on the City’s resources. VANDU’ membership - people who use drugs in the DTES - have long reported that VPD constables shake them down and infringe on their rights and dignity. On the street, VPD steals our members’ cash and property, and in Chambers they steal our taxes! It’s time we, the people, take back the city budget and reinvest in our community. We need public spaces, community programming, and dignified housing for all.”

Police violence against Black and Indigenous communities continues to highlight the failures of this institution. Throughout Canadian history, policing has been fundamental to perpetrating genocide against Indigenous Peoples. Demands to defund the police acknowledge the overwhelming ways that Indigenous people, including unhoused people, are targeted by police-led displacement and violence.

Chuka Ejeckam, local political researcher and writer, emphasizes the need for new solutions: “Police remain the primary institution empowered to achieve public safety - and their officers are granted deadly force to do this. Yet policing has no means of keeping people safe from poverty, from structural race-based and gendered violence, from pandemics, or from climate disasters. Even worse, it actively harms us. It cannot continue.”

If the City of Vancouver is truly interested in anti-racism, equity, and decolonization, the findings of the People’s Budget survey offer a clear path forward for redirecting police funding and investing in constructive programming and peer-led work.

Formed in July 2020, the Defund 604 Network takes a radical approach to defunding the police and investigating public safety. From May 1-September 30, 2021, members of the People’s Budget 604 Working Group sought feedback from community members about their priorities for spending public money in the City of Vancouver.

The 2021 People’s Budget backgrounder is available online. Survey results from the community identified the following priorities:

In December 2020, Vancouver City Council passed a 2021 operating budget which allocated over $340 million to the Vancouver Police Department. In the lead-up to budget proceedings, many speakers appeared before City Council and spoke to the importance of defunding the police – as a matter of community safety and survival. On December 14, 2020, following Council’s decision, 14 community organizations and advocacy groups, including PACE, Pivot Legal Society, and VANDU wrote to elected officials’, highlighting the need to defund the VPD.