After an intensive weekend of deliberation, over 4000 images have been narrowed down to this year’s top 40 photos, and the results are fantastic.

Above: The judges look over this year's photo submissions.

The theme of this year’s contest is “The Community We Have Built.” Contest participants engaged this theme by capturing the aspects of the Downtown Eastside that strengthen the neighborhood’s powerful sense of community.

Over the last few weeks I’ve also noticed the ways in which Hope in Shadows itself acts as a mechanism of community building. Many of the participants have mentioned to me that this contest encouraged them to introduce themselves to strangers, and connect with new people in the neighborhood. The communal joy of the contest was obvious by the recurring people, animal companions, social occasions, and places in numerous rolls of film. 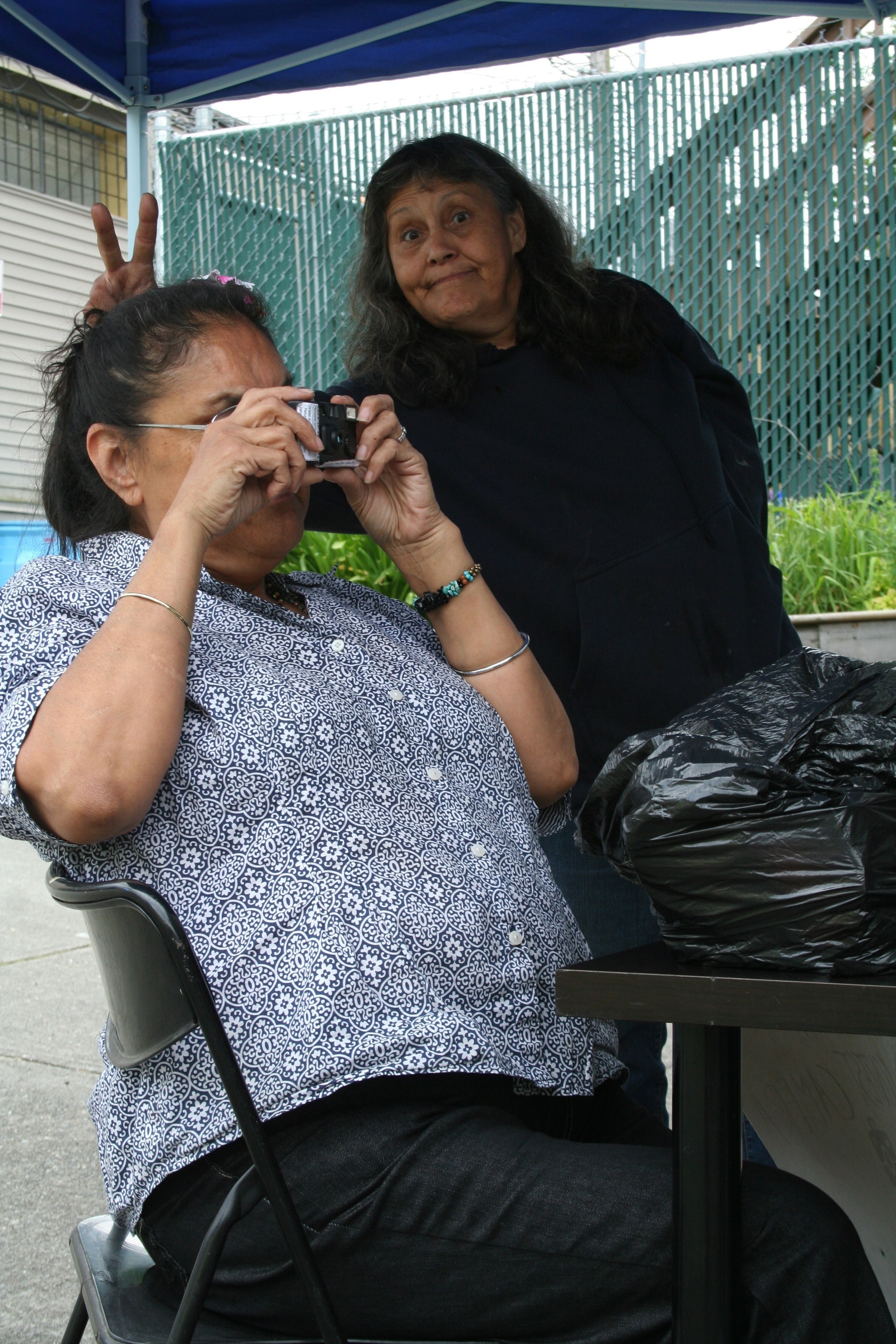 Above: Audrey (front) and Leah (back) at the camera return. Audrey told us that she took a lot of pictures of her cat, who is a companion to many in the Downtown Eastside.

The process of getting to the Top 40 began on June 10th, three days after the big camera handout. Participants stopped by Pivot’s office in waves to return their cameras, and recount stories of all the places they went in search of the winning shot. Parks and gardens were extremely popular locations this year, especially Oppenheimer and Crab parks. Green spaces bring people in the Downtown Eastside together, through organized community activities and by offering accessible space to hang out.

We had the best return rate yet in the contest, with over 200 rolls of film to be developed. Over the following weeks, a dedicated group of volunteers were enlisted to sort, label, and prepare the photos for judging. It ended up being a fun job: the excitement of the participants was infectious. Each roll seemed to share something, a glimpse into the photographer’s mood, home, or daily routine.

A panel of six volunteer judges, consisting of artists that live or work in the Downtown Eastsideor who connect to the area through supporting Pivot, brought professional and objective perspectives to the table. All of the judges were long-time Hope in Shadows fans. Hope in Shadows’ mandate of community engagement and social sustainability inspired them to devote a weekend of their time to the contest.

Picking only 40 images was an arduous task. Each photo was looked at by a minimum of three judges, and both individual and consensus strategies were used in the decision making process. Artistic merit, composition, and quality of the photos were all considered in addition to content and what the photo contributed to the narrative of the entire collection. I couldn’t be happier with the result: the collection is diverse, interesting, and beautiful.

The 40 winners and their photo subjects are currently being contacted and brought in for interviews about their photos. Building relationships with the winners contributes to the overall narrative of the winning collection, and brings to light the personal stories behind the photos.

Find out how you can support this year’s Hope in Shadows calendar project here. 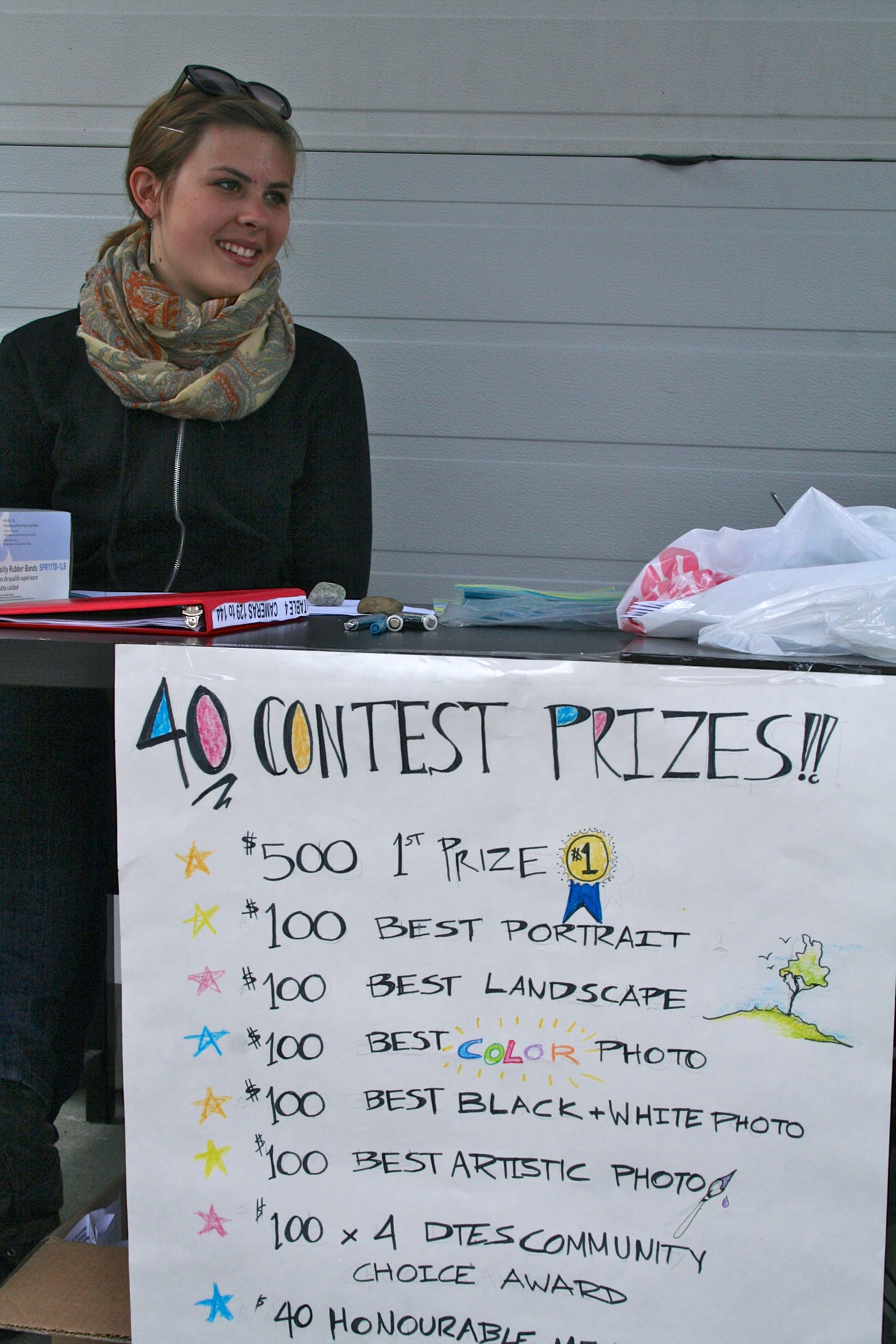 Above: Emma at the Hope in Shadows camera return