Flo and Ricky with Tootie

The community we have built

When Flo and Ricky visited the Hope in Shadows community vote table outside the Carnegie Community Centre earlier this week, it showed us everything fantastic about this project.

Flo had a photograph of her cat, Tootie, selected as one of the top 40 images from this year’s competition. Despite our efforts to reach her, Flo was completely unaware until she happened by the table and saw her photograph on display. She was over-the-moon with excitement.
Flo and her partner Ricky came back later that day to show off Tootie (and campaign for votes from the passers-by). There were a ton of smiles, and Tootie was a big hit.
The top four vote-getters from the community vote receive the annual Downtown Eastside Community Choice Award and help determine which photos are selected for the Hope in Shadows calendar.
While it was pretty obvious where Tootie’s vote lies (just look at her checking herself out in the photo above), others weren’t so sure. The voting featured lots of spirited debate around the merits of the other 39 images and everyone had an opinion on which photos best reflected this year’s competition theme: the community we have built.
Being heard is a big part of what the Hope in Shadows project is all about. It was incredible to see how members of the Downtown Eastside community responded to having their opinions solicited (and counted).
As soon as the table was set-up Monday morning, people passing by started to approach, first out of curiosity and then excitement. Many knew about the annual community vote already, others were learning about it for the first time. Everyone voted.
All the excitement around the Hope in Shadows project – from the camera handout to the community vote – would be impossible without the support of everyone who purchases the calendar these photos appear in. Purchasing a calendar shows participants in the competition that their stories are reaching an audience and are shaping how the community is perceived. It also creates employment opportunities for the vendors who sell the calendar. A calendar purchase energizes everyone and builds momentum year after year after year.
We are all a part of building a better community.
In addition to purchasing the calendar this fall, you can support our fundraising campaign: 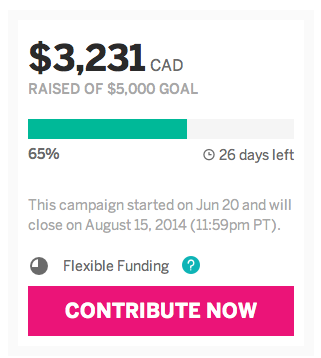 We’re not asking for a lot, because every dollar goes a long way toward making this project possible.
Just $25 will purchase 5 single-use cameras used by photo contest participants.
This year’s camera handout was our largest yet: 248 cameras were distributed and over 8,000 black & white and colour photos were turned in. Next year we expect an even bigger response.
Please help us continue to make this project possible. We can’t do it without you.
by Kevin Hollett