It has now been five years since retired Judge William Davies gave his recommendations in the inquest into the death of Frank Paul. Entitled “Alone and Cold”, it documented how Vancouver Police Department officers came to arrest the 47 year-old Mi'kmaq man, booked him into the Vancouver Jail, and then dragged him into an alleyway and left him there where he would die from exposure within hours. It was treatment, or lack thereof, that shocked our community. And while some of Judge Davies’ recommendations, like the creation of an independent oversight body to investigate police in cases of serious harm or death (The Independent Investigations Office), have flourished, others have been seemingly placed on the side table of political action, languishing in committee or consultation.

One of those recommendations is perhaps the most important of its kind for marginalized residents of the Downtown Eastside who are addicted to alcohol and other substances. Amidst the procedural reporting and documentary requirements Judge Davies included a call for the creation of a sobering centre. An independent place where people who are struggling with addiction can be taken instead of jail, run by medical staff, and free from the violence so many illicit drinkers have experienced in custody. His recommendation reads like this:

1. I recommend that the City of Vancouver, the Vancouver Coastal Health Authority, the provincial Ministry of Housing and Social Development, and the Aboriginal community jointly develop a comprehensive response to the needs of homeless chronic alcoholics within the city of Vancouver. This would include (but not be limited to) the following components:

• a civilian-operated program for attending to chronic alcoholics who are incapacitated in a public place,

• the provision of permanent low-barrier housing designed for the specific needs of chronic alcoholics, which would offer (if needed) palatable alcohol substitution and managed alcohol programs, and

2. I recommend that the Lieutenant Governor in Council appoint a highly respected third party, knowledgeable about the issues but independent of any of the interests involved, to assume an overall leadership role in the development of the response.

3. I recommend that the provincial Ombudsman—if the Ombudsman is agreeable—monitor progress of the comprehensive response for a three-year period and on an annual basis make a special report to the Legislature and comment publicly on progress made on this initiative.

But five years on there is little indication that Vancouver is close to fully implementing the Judge’s recommendation. Perhaps what is even more shocking is that in the same time frame, and in response to the recommendations of the coroner’s inquest into the death of Scott Alexander Walker, the City of Surrey has accomplished the feat and opened the lower mainland’s first sobering centre. The Quibble Creek Sobering and Assessment Centre, opened in 2012 and operated by Fraser Health, has the capacity for 24 individuals, and is open 24 hours a day. 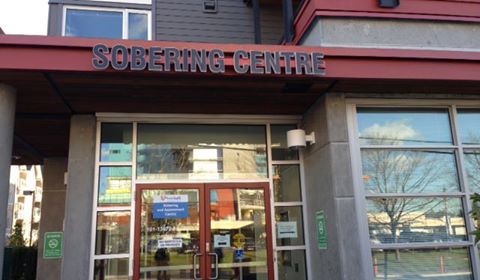 All of this begs the question, why has one city taken the recommendation for a sobering centre to heart and made it possible, while British Columbia’s most populous city, and home to a sizeable population of illicit drinkers, still takes them to jail? One of the big problems with our system of inquests, reviews, task forces, and public hearings, is that often we the public have no idea why no action is taken. There is nobody responsible for telling us how the City of Vancouver has done in implementing the recommendations of the Missing Women’s Commission of Inquiry. There is nobody there to keep the province accountable to the countless recommendations stemming from public inquiries like the Frank Paul inquest, and there is nobody tasked with making sure the numerous recommendations from coroner’s inquests are received and acted upon.

Recognizing this, one of the recommendations from Judge Davies in the Frank Paul inquest was for the Lieutenant Governor in Council to appoint a third party to lead the charge for the creation of a sobering centre and a change to the way we treat alcohol dependence. There was also a recommendation for the Ombudsperson to report on the progress of this third party. It is then doubly frustrating to discover that to the best of our knowledge not only has the Lt. Governor in Council not appointed someone to oversee the recommendations, but the Ombudsperson's office has not made a single report to the Legislature. It would appear that for all intents and purposes the recommendation was left to Vancouver Coastal Health to implement, with little to no oversight. While we have been told that VCH has tried to introducing sobering facilities to its already existing infrastructure, we continue to receive reports from community groups that illicit drinkers are still being taken to jail and ticketed for intoxication in large number.

What is clear from the Frank Paul inquest is that British Columbia needs a full-time, independent, recommendation champion. Someone who can hold government agencies to account when they are given clear directives but drag their feet or refuse to respond. Otherwise, what is the point? We spend millions upon millions in fact-finding and research to establish best practices, but put nobody on the other end to make sure they are implemented. It is a colossal waste of human initiative and resource.

Every day that goes by in Vancouver without a sobering centre is a missed opportunity to provide a much-needed service to those in critical need. From 2006 to 2010 the Union of B.C. Indian Chiefs began tracking the number of people who could have been saved, and they paint a clear and real cost to government inaction:

In the coming months Pivot will be re-visiting the call for a sobering centre in Vancouver, and investigating what needs to be done to get from recommendation to reality. You can follow our progress on social media (@pivotlegal), and on our website: www.pivotlegal.org