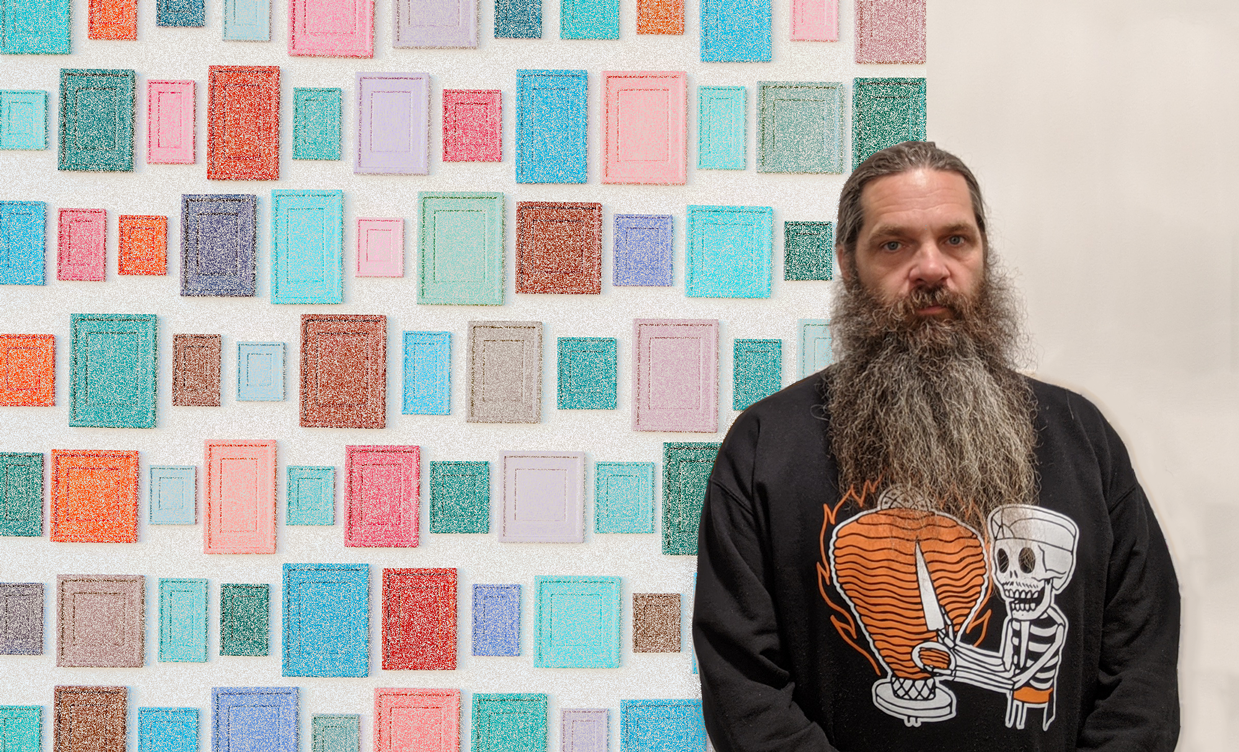 Ronnie was, until recently, the manager of the Overdose Prevention Society (OPS) in the Downtown Eastside and has since established a nonprofit providing support for harm reduction workers. He is a longtime frontline harm reduction worker and resident in the neighbourhood.

In his complaint, Ronnie details numerous incidents of these officers’ disrespectful attitudes and damaging actions that have interfered with the OPS’ operations amidst the overdose crisis.

I have seen them interfere with overdose responses, such as pulling an OPS worker off of an overdose victim.

My complaint includes instances of these officers walking into the OPS and pushing past staff, ignoring how this undermines trust and safety for people accessing the site, and not communicating or giving us any reasons why they were there. I have seen them interfere with overdose responses, such as pulling an OPS worker off of an overdose victim. Even after speaking to one of their superior officers, a Downtown Eastside community liaison, they continued to call me by name and speak to me publicly in mocking and overly friendly tones.

...the potential for trust and collaboration is significantly undermined by the actions of officers like these two 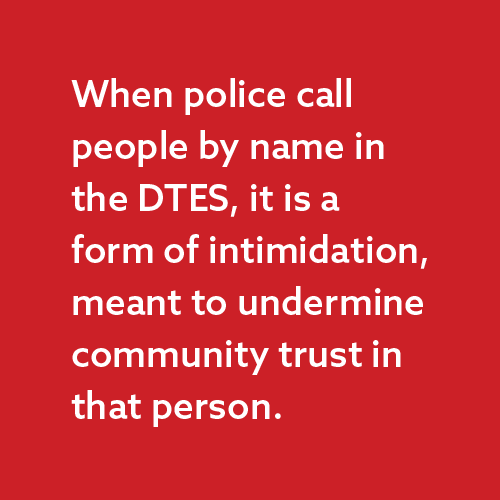 Acknowledging that we have been in a public health crisis since 2016 that supersedes the Criminal Code means that often police response is way down the list of priorities. Frequently, my response as a frontline worker is a greater priority than a police response. As harm reduction workers on the frontlines of the overdose crisis, we respond to a lot of problems on our own that police aren't well suited to respond to, like overdoses and mental health crises. But there are some problems that we aren’t currently equipped to solve, so we need to have a collaborative approach with police. For example, if things become violent and someone needs to be removed from a location, we would want respectful and collaborative support to do that in a way that doesn’t further escalate the situation. In my experience, this has happened in the past, so I believe that it is possible. However, the potential for trust and collaboration is significantly undermined by the actions of officers like these two.

There is a white middle class expectation of cops as “the good guy,” the perception that they protect the vulnerable, the weak, the needy, that kind of stuff. And we're seeing that is very visibly not the case. The police are given permission to use violence on another person. And if that permission is given, it should be only to protect the vulnerable.

I consider myself to be a community member. I've lived here for a long time. I recognize that my experience is somewhat different because I haven't gone through the suffering of addiction, but I've worked on the frontlines and carried weight for that. As someone who has had a position as a manager of a non-profit and those kinds of things that might appeal to status or influence, I felt like I should speak out. One of the other people in this group complaint process has specifically helped me to understand that it's important for me, coming from a place of privilege as a cisgender male who's white and middle aged, to be willing to speak up and support others in telling their stories.

I've spoken to the officers directly. I've used my position of influence to say you guys are exceptionally out of line. If they would listen, I would say that it's important to recognize that there can be collaborative relationships and the outcomes from that are far greater than their limited outcomes. You're not going to get the drugs off the streets. They said that to me once, "If you can help us get the drugs off the streets, that'd be great." It's not Die Hard. They also tried to lecture me on drug use when I've been a frontline worker for longer than they've probably been police. And maybe they could have learned something from my experience.

...this is only a small representation of these officers’ harmful impact in the community

One thing that needs to be said up front is that I have no confidence in the police complaint process. Acknowledging that lack of confidence, doing it as a group I think accomplishes two things. One, it says, “we played by your rules and did we get a safer community?” And two, with a group of people, it's harder to ignore. And the fact of the matter is this is only a small representation of these officers’ harmful impact in the community.

This group complaint again highlights the need to acknowledge and honour the resilience of this community.

This group complaint again highlights the need to acknowledge and honour the resilience of this community. The willingness to take this on is just a part of the narrative and the truth of what is happening – that we've suffered as a community, but we're not defeated. We're very resilient. And that's something to be celebrated.