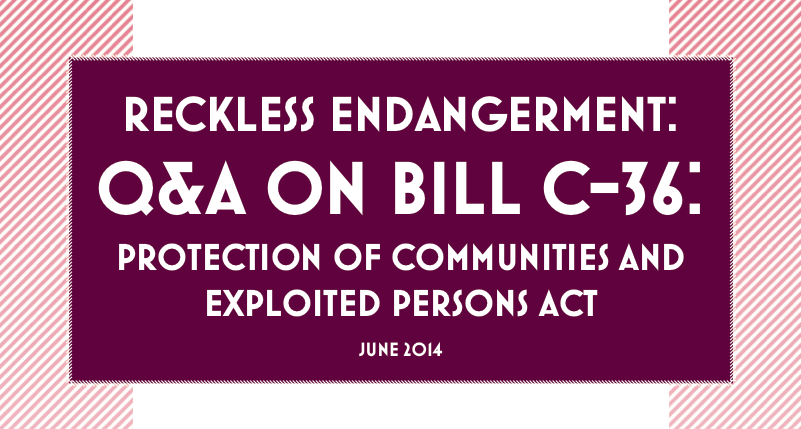 In December 2013, the Supreme Court of Canada unanimously decided that several parts of Canada’s Criminal Code dealing with prostitution are unconstitutional because they violate the rights of sex workers by undermining their health and safety. The Supreme Court decided that its ruling would take effect in one year’s time, at which point those unconstitutional parts of the law would no longer be in force.

In response, the federal government introduced Bill C-36 in early June 2014. Co-written by Pivot Legal Society, Canadian HIV/AIDS Legal Network, Stella, l'amie de Maimie, this document answers key questions about what changes Bill C-36 would make to the law if it were passed: What conduct related to sex work would be prohibited? In what circumstances? Who could be prosecuted?