It's unusual these days for Pivot to send out a press release regarding police violence without first gathering whatever evidence we can to support our client's version of events, but in the case of Travis Dunford, it felt like the clock was running against us. Travis, a 36 year-old man from Vancouver, was severely beaten by police in front of the Tap and Barrel Pub in the Olympic Village one month ago, and we believe there may have been witnesses. So while the event and Travis's wounds are still fresh we sent a call out to the media in the hope that there was someone there, who may have watched the group of five police officers surround him, and can tell us what they saw.

I was asked multiple times by the media today why Travis hasn't filed a complaint, or why we didn't take this directly to the VPD. The reason for that is simple. In British Columbia police investigate themselves, and in the opinion of our organization, they often do a pretty poor job of it. Without someone in Travis's corner, to make the call out for witnesses, and put necessary context into the events he described, a police complaint can easily be an open and shut case. In my time at Pivot, without variation, 100% of the time, when the word of a marginalized person is placed against that of a police officer it is dismissed. And without a third party witness, or a video recording, you might as well not bother.

Travis alleges that on the evening of September 24, 2013 at around 10:30 at night, he was stopped by police under suspicion of theft. He says he complied with all police commands, and dropped everything in his hands. He says that despite following their orders, he was thrown to the ground, where he was repeatedly struck by the officers. Most disturbingly, he alleges that after being handcuffed, an officer walked up to him while he was lying on the ground, and kicked him in the face.

In many ways it may feel like we have made serious steps forward in police accountability in our province. We have seen cases like Robert Dziekanski hit our TV screens, and the onslaught of audio and recording devices have brought to light some of what we had always suspected. But even though some of the most sensational accounts have made it to our homes, there are countless other incidents like Travis Dunford's that don't have the video to capture our imaginations and put away our doubts. Last year the Independent Investigations Office began operations, and is the beginnings of a truly independent body which can review cases where the police kill or seriously harm an individual. What seems crazy to me however, is that under the current definition, Travis's injuries would not count as serious harm. Pictures of Travis's wounds, taken 2 days after the incident, suggest otherwise. 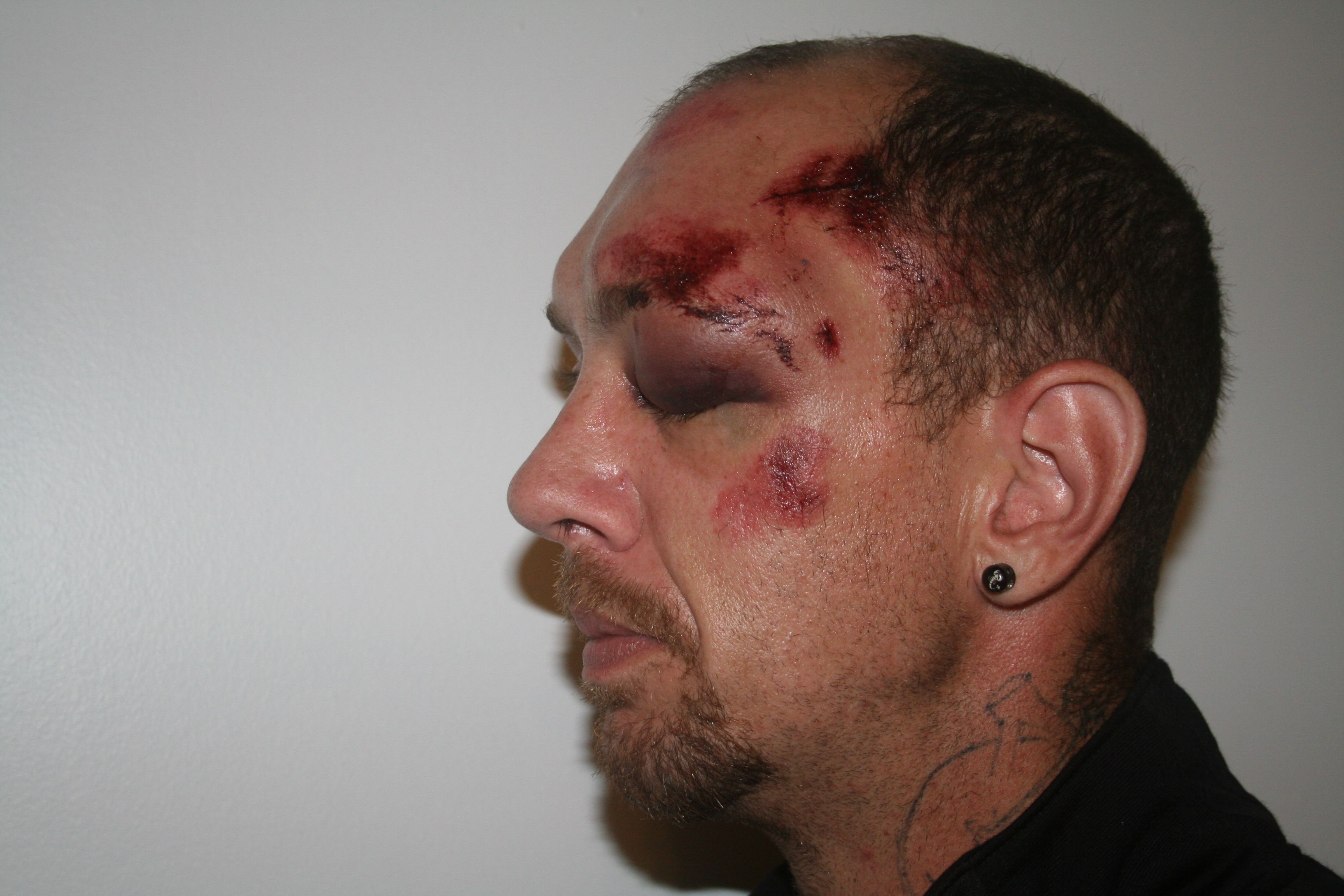 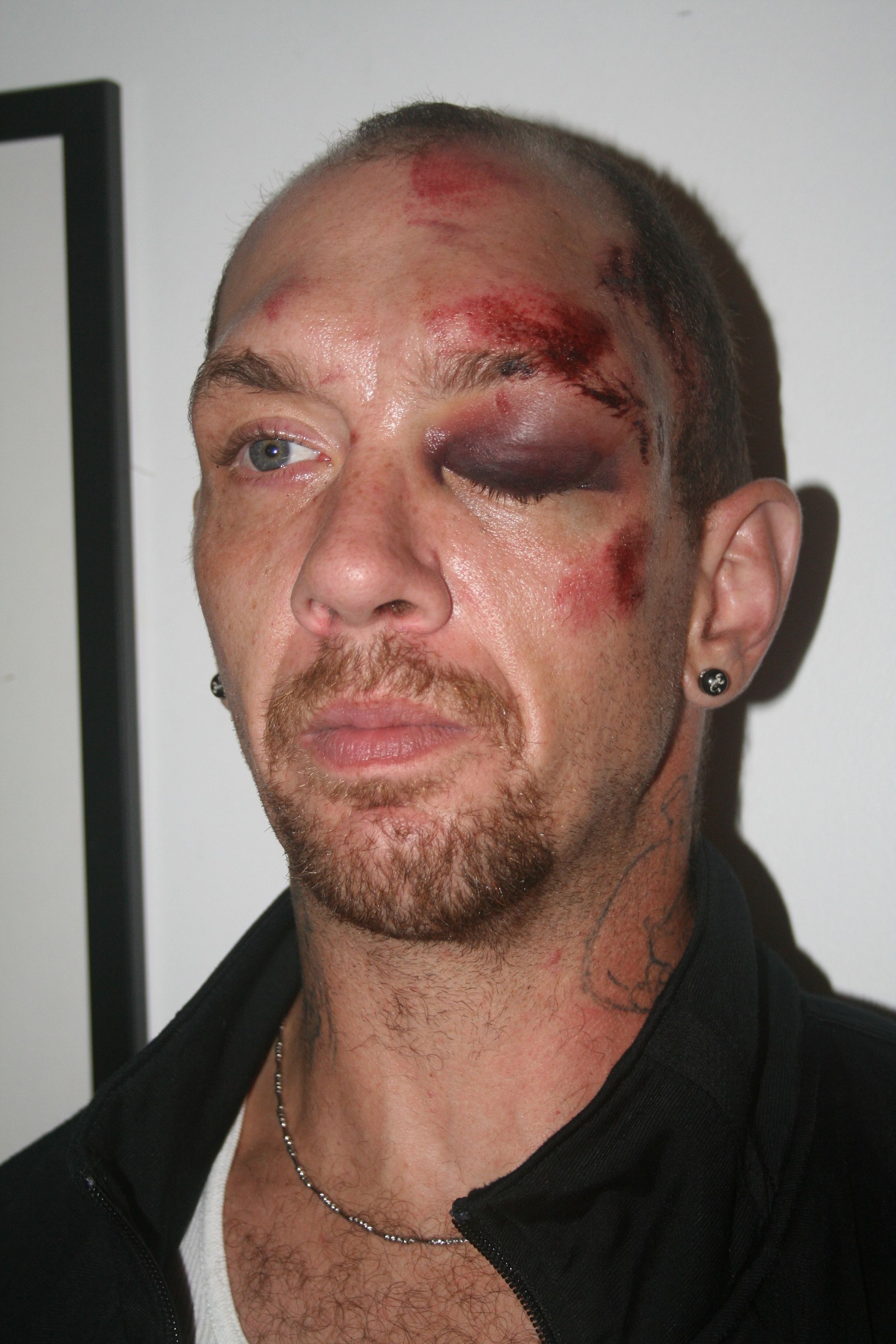 We need an independent organization that can investigate all cases, especially cases like this one. It is often the smaller incidents, and arrests that occupy legal grey areas, that need the most intense scrutiny. In Travis's case the VPD released a statement this morning saying that during arrest Travis was removed from his bicycle, and that his fall to the ground caused the injuries you see (and presumably the broken ribs you don't see).

Without an independent account of what happened the chances are slim that any police officer, especially one from the Vancouver Police Department, will favour Travis's version of events over that of the officers responsible.

If you were present when Travis was arrested, and can set the record straight, we want to hear from you.

Please feel free to reach out to us about this incident, or another police incident you may have witnessed which caused you concern. Pivot can be contacted by email at: [email protected], or by phone at (604) 255-9700 ext. 112