Pivot Legal Society seeks leave to appeal aspects of BC Supreme Court ruling on Anita Place. Encouraged by recognition of life safety concerns and the allowing of solid structures 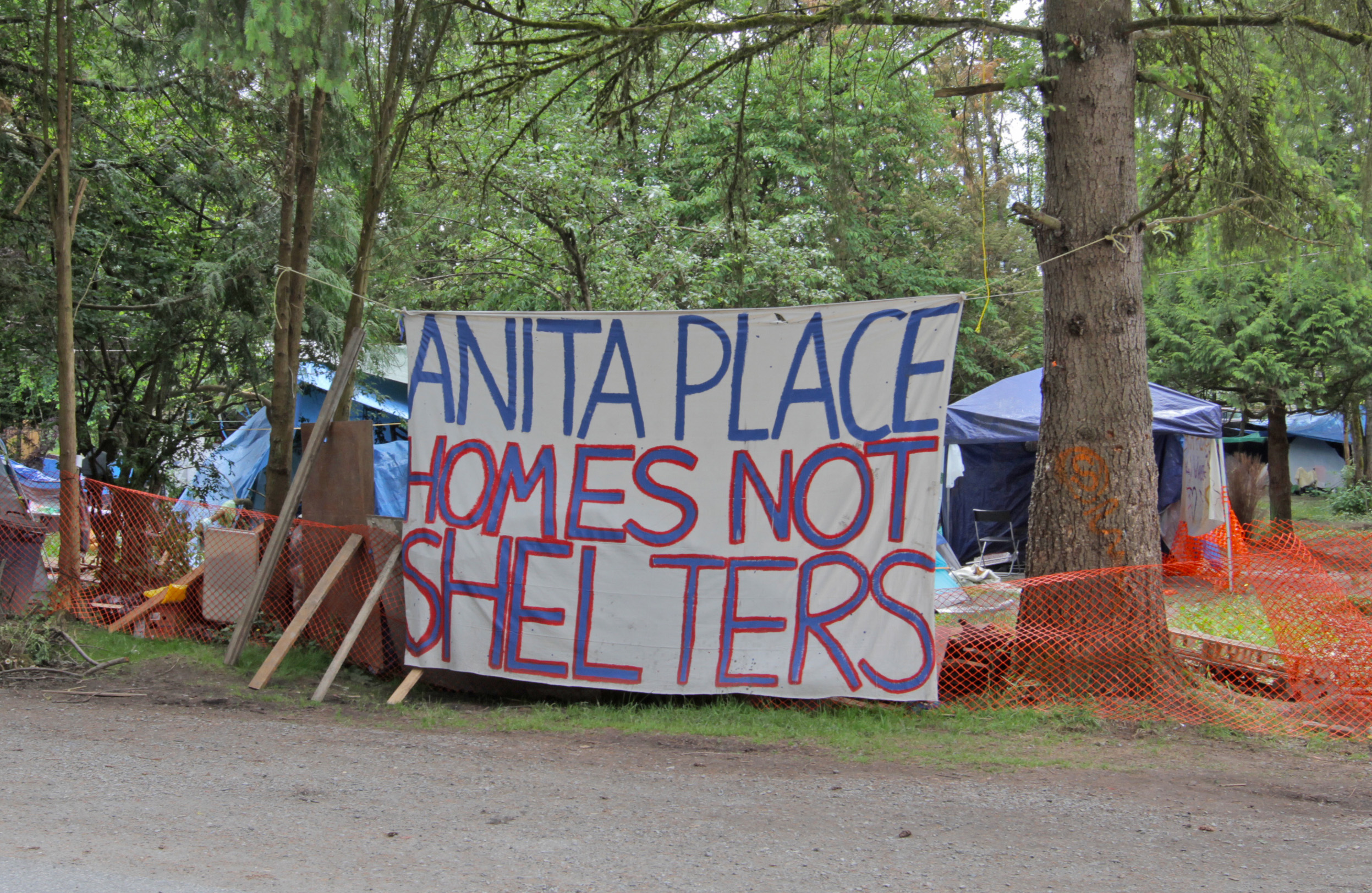 Vancouver, BC – This morning, Justice Grauer of the BC Supreme Court released his decision on the City of Maple Ridge’s application for enforcement orders and injunctions at Anita Place tent city. In his decision, Justice Grauer underscored and affirmed the need for appropriate shelter for Maple Ridge’s homeless residents and agreed that adequate shelter is not, at present, available.

“A satisfactory answer to the problems raised on this application cannot be found in the courts,” he wrote, which underscores the obligation of local and regional governments to ensure the safety of its vulnerable residents. Indeed, Justice Grauer encouraged the City and the Province to “work together urgently to bring an end to the need for Anita Place”.

Justice Grauer also acknowledged that “freezing or burning is a choice no one should have to make”, affirming the dire health safety needs faced by residents of Anita Place in the absence of adequate shelter. Today’s BC Supreme Court decision allowed solid structures to remain, despite an application by the City of Maple Ridge to have them removed. This will ensure those living in them will remain sheltered from the elements as temperatures are expected to decline.

We are encouraged by a number of statements coming from the Court recognizing the urgent situation at Anita Place and governments’ responsibilities in addressing the issue of homelessness. We are very disappointed, however, that the decision does not address the provision of the life safety necessities required to support homeless residents, particularly the ability to keep themselves warm. We are also concerned about operational aspects of the decision and will be seeking leave to appeal the enforcement orders and the verification and exclusion order granted by Justice Grauer. Pivot will continue to advocate and fight for the safety of our clients who have shown tremendous courage and resilience throughout this trying process.

Anita Place was founded in May 2017 by a group of residents in Maple Ridge, BC. That same month, the City filed an injunction application to close the camp but adjourned the hearing at the last minute after receiving extensive evidence from residents of Anita Place. In the fall of 2017, the City brought forward a second injunction application to disband the camp and evict its residents. The matter was settled by the signing of a Consent Order in which both parties agreed to work together to provide safety supplies to Anita Place residents.