Given the urgency of the situation, Pivot Legal Society is seeking to appear before the Court of Appeal on an expedited basis 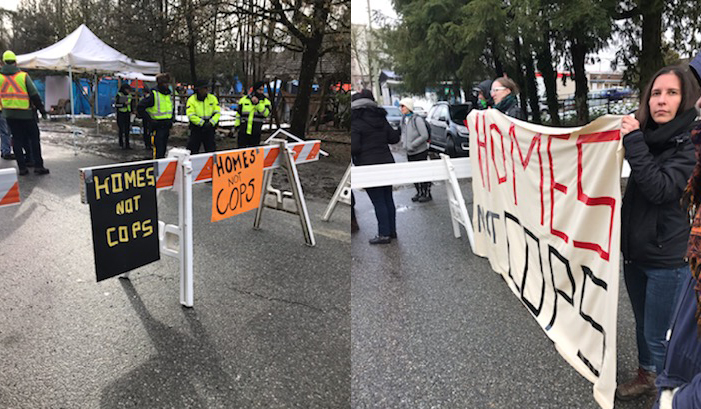 Vancouver, BC – After witnessing the City of Maple Ridge’s aggressive, non-collaborative, and wrongful enforcement of Honourable Justice Grauer’s Supreme Court Order (the “Order”) pertaining to Anita Place tent city over the weekend, Pivot Legal Society has filed notice of leave to appeal the Order, which was issued February 8, 2019.

“We intend to appeal Justice Grauer’s Order on an expedited basis and inform the Court of the City and RCMP’s misconduct over the weekend, which included numerous and egregious contraventions of Justice Grauer’s decision,” said Caitlin Shane, staff lawyer with Pivot Legal Society. “The City refuses to collaborate and communicate with residents of Anita Place, despite their stated commitment to do so.”

Examples of City and RCMP misconduct include the following:

Press Releases, Homes For All.