In 2007, Andy Rowe was the victim of a violent incident involving a police dog. At our press conference launching the report, Andy courageously shared his experience. Here's his story. 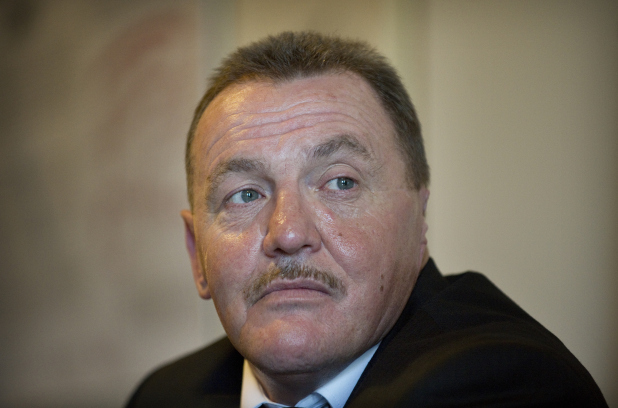 Andrew Rowe was just 17 years old when he started a short-lived career with the Canadian military. At age 20, during a training exercise in northern New Brunswick, Andy repelled from a helicopter and could not slow down enough to prevent a hard landing into a snow bank. Both of his femurs were shattered. After spending 18 months in recovery in the hospital, Andy was given an honourable discharge from the service.

Eventually, Andy opened a pizzeria, and following a divorce, became a single father to two boys. Despite having been through periods where he struggled with drugs and alcohol, in 2006 his life was going well, when again he was the victim of misfortune. Andy was withdrawing cash from an ATM near his house, when unknown assailants approached him from behind. A man struck Andy in the head with an iron bar, knocking him unconscious and fracturing his skull. Andy was found and brought to a hospital, but it would not be until much later that Andy would learn the extent of the damage he suffered that night.

In the months following the robbery, Andy started having problems with his thoughts and memory and began loosing his vision. Unable to work or function with his family, his boys were taken away. Andy declined rapidly and ended up homeless, once again struggling with addiction.

On March 10, 2007, in an attempt to find something to sell for drugs, Andy went to a Rogers Video in Langley B.C., and attempted to shop- lift some video games. The manager of the store saw Andy conceal the items in his coat and yelled at him to stop, but Andy was already on his way out the door. Andy attempted to hide in some small shrubs nearby when he heard police sirens approach. RCMP officers quickly located Andy and deployed a police dog. The dog latched on to his arm, biting him multiple times. Andy said the officer took his time removing the dog from his arm, and that he believes the officers knew where he was even before they released the dog. However, this is not the most concerning part of Andy’s story.

Andy alleges that he was then taken down a small hill and into a parking lot. The police dog was led away, which was a great relief to Andy. While waiting for an ambulance to arrive, Andy says he remained on the ground as still as he could, while complaining about the amount of pain he was in as a result of the dog bite. To his horror, Andy watched as the police dog handler brought the police dog down a small flight of stairs and back to where Andy was lying. Andy says he heard the police dog handler tell the other officers around him that he wasn’t done, and that he was going to give Andy some scars to brag about in jail. The officer let the dog go and it immediately latched onto Andy’s head, ripping and tearing his scalp. When the dog was released from his head, Andy could feel blood running down his face. What was left of his left ear was hanging by a thread of skin.

When an ambulance finally arrived, Andy says one of the attendants was moved to tears by the amount of damage. Without his ear, Andy has lost the majority of hearing on his left side.

After being bitten by the police dog, Andy’s doctors discovered that due to the injuries Andy suffered when he was robbed in 2006, he had bleeding on his brain, which was the likely cause of his cognitive impairment and deteriorating condition in the aftermath of the crime. Andy underwent surgery to repair the bleeding and relieve the pressure on his brain. Soon after surgery, Andy began to recover mentally and began rehabilitation for his addiction. He opened up his own business which he continues to operate to this day. He has reconnected with his kids and considers himself to be a totally changed and stable man.

Andy believes that if officers understood that his addiction was so closely tied to being a victim of crime himself, they would not have set the dog on him that day.