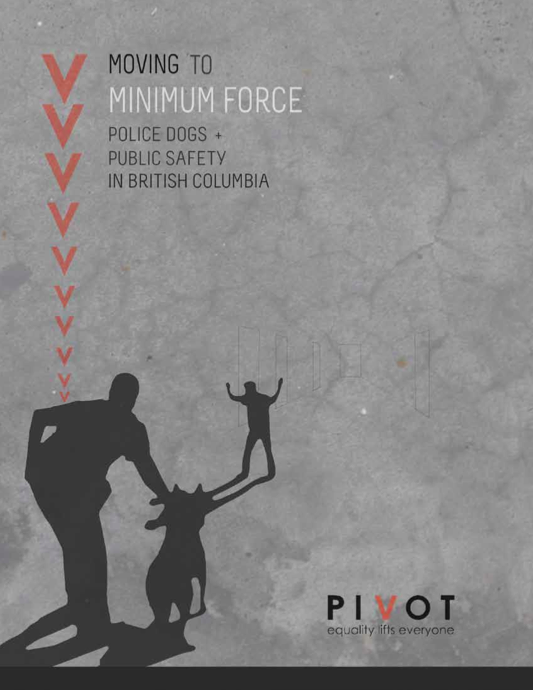 Every two days someone in British Columbia is injured by a police dog. Police Service Dog (PSD) bites are the leading cause of injury at the hands of municipal police, exceeding by a factor of six injuries incurred by all other forms of non-lethal force, including batons, pepper spray, fists, and Arwen rounds (beanbags). Unlike other police impact weapons such as fists and batons, police dogs are unique in their tendency to inflict permanent injury.

Despite heavy reliance on PSDs and the high rates of injury associated with their use, there are no uniform policies specifying when a police dog unit should respond to a call, the types of situations that warrant the deployment of a dog, or how records relating to police dog deployments and related injuries should be kept.

This study relies on in-depth case studies from Pivot Legal Society’s client base, as well as case law and statistical data provided by the Office of the Police Complaints Commissioner (OPCC) and the RCMP. This study evaluates the prevalence of PSD bites, the impact that training and deployment practices have on the frequency and severity of injuries, and how PSDs fit into the Canadian National Police Use of Force Framework (NUFF).