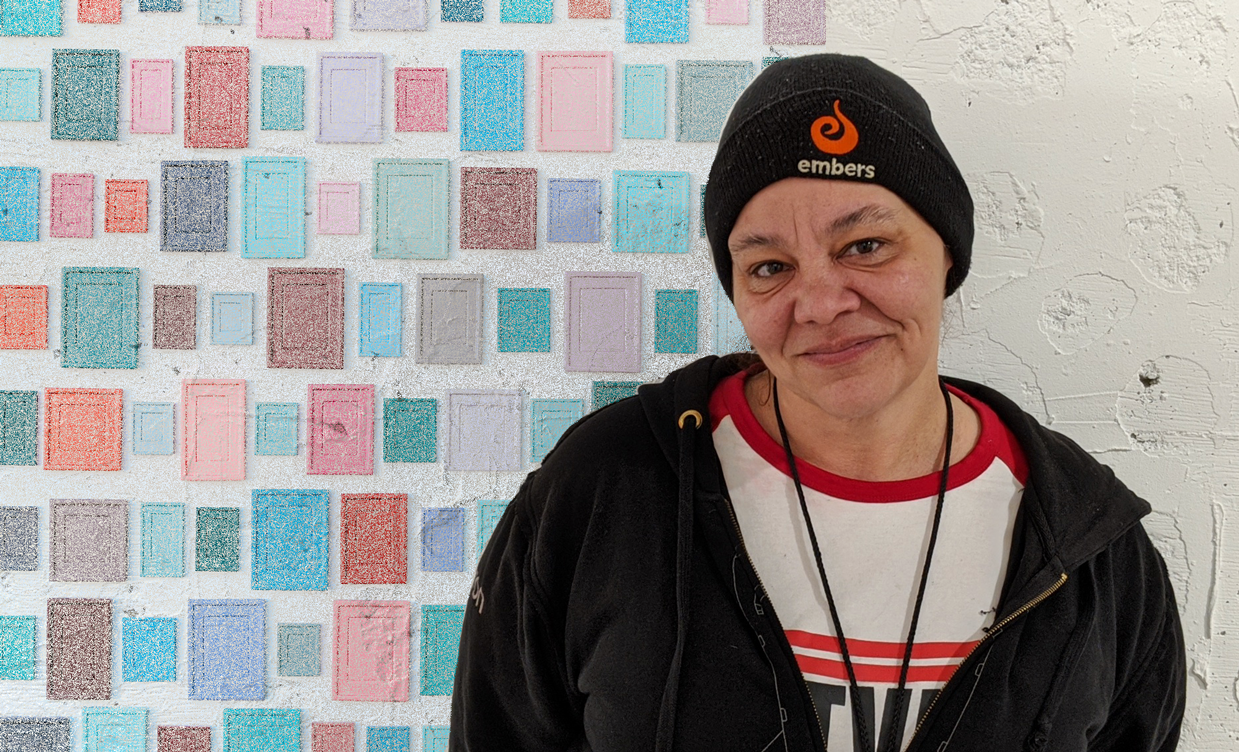 Mari-Louise is a Métis resident in the Downtown Eastside, with lived experience of homelessness. She is the culmnation of colonization. She is a mother, a fighter, and a survivor.

Mari-Louise details the impact of being harassed by these police officers has had on her life as an Indigenous woman in the Downtown Eastside, and how it has altered her perceptions of police.

I am filing this complaint because I am being unreasonably, without just cause, harassed by the police. I am a 49-year-old woman– with no mental health issues, no addiction issues, no criminal record, not ever even been fined or ticketed for anything– and I am having to suffer through constant harassment by the VPD. I am unable to dial 911 to get assistance for myself or my friends because the last time I did, one of these police officers took it upon themselves to show up and harass me again. This time, thankfully, it was witnessed by others.

The way they have treated me is completely unjustified and unreasonable. They've called me a cow and a cunt and a whore. I have video of them following me for no reason. I don't understand how being vulnerable and marginalized should put me in a further situation where the authorities are harassing me – a person they are paid to protect and serve.

This has had a huge impact on my life. It is fucking scary. And most people don't complain because we know nothing will be reconciled. I'm aware that people continue to be harassed by these officers even after we filed this group complaint. They’re not learning anything. They're just continuing to perpetuate the harassment because they're not being held accountable.

I live on East Hastings and I had no qualms going out in the night on my own. Now I won't and it's because I'm scared of the fucking VPD.

I live on East Hastings and I had no qualms going out day or night on my own. Now I won't and it's because I'm scared of the fucking VPD. I only ever had respect for the police before, but now I’m scared of what they might do. I can’t go to the grocery store by myself. I have to pay people to walk with me so I don’t travel alone.

I have to take a cab every time I go to the doctor or the hospital because I don’t feel safe waiting at the bus stop.

I am a decent and compassionate individual who has earned the love and respect of my community. These officers don't know how to show any amount of respect to people living in the DTES. Their actions have done nothing but cause havoc and discord in our community.

I have been planning to go to school for a long time. This process has dragged out so long and has taken so much out of me that that I don’t think I’ll be able to go anytime soon. I have no expectation of safety from the police in my neighborhood. How will I be able to go back and forth from school if I’m always looking over my shoulder? How can I study when I’m always afraid?

I now feel that the VPD is a gang. They keep going on about gangs down here. And to be honest with you, I haven't seen any. They're the only fucking ones I've seen. Sure, there's random people who have weapons and they really shouldn't. There’s mental health and addiction issues abound down here. People shouldn't have weapons, but holy shit, the VPD really shouldn't either.

I've never had any reason to complain before. I've told the police off and they've looked at me and said, “you were right, we're sorry.” But these guys, they're bullies.

These police officers need to be held responsible. They are not the ones that I want any help from. I want them to go away. That is all.

For the most part, the 17 of us in this group complaint have been really afraid to identify ourselves to our peers. I actually don't know the majority of them, I've only seen a few of them. And people are not talking about this on the street, including me. I'm so stressed out from all of this that it has consumed me. I can't believe that the police can harrass you for no good reason and get away with it.

These police officers need to be held responsible. They are not the ones that I want any help from. I want them to go away. They have no place in my community. Their bias only causes more harm and disruption.

I'm a right fighter. I have no choice. This is it. I can't even back down. We just keep going.