Lindsey’s Story – Left to die in BC Supportive Housing

Lindsey’s Story – Left to die in BC Supportive Housing

Many people walk in Pivot's door looking for help. Christine was one of them. Last week I had the misfortune of attending the memorial service for Christine’s son. His name was Lindsey Longe.

Lindsey was born in Red Deer, but moved with his mom to British Columbia at the age of eight. He spent most of his life in and around Vancouver. He was an avid skateboarder. He loved rap music—which his mother never quite acquired a taste for. He sought adventure. He got a job shoveling elephant feces in a touring circus show.  He followed the circus to Las Vegas and eventually worked his way up to be a motorcycle stunt driver. 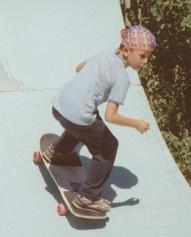 I can only imagine the mix of adrenaline and pride Lindsey felt as he drove a 500 pound motorcycle around a circular iron cage. The goal is to maintain the correct speed and not deviate from a straight line. Otherwise he would crash, seriously injuring himself and others. He was a brilliant driver and immensely proud of it. His boss believed he had a natural talent. You needed to have guts. If you didn't, you wouldn't get up to the right speed, or you'd swerve. Lindsey had the guts.

I don't think I have it in me to control a motorcycle swirling around a cage, and in much the same way Lindsey didn't have it in him to control his addiction. He found himself in the downtown eastside fighting his disease. 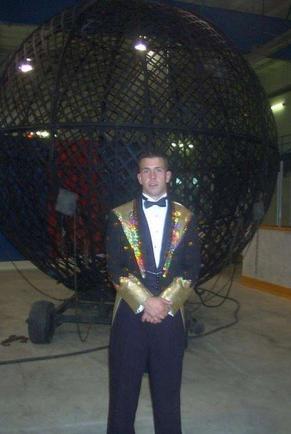 Last summer his body was discovered in his home. For four days he lay dying. His door wasn't opened until seven days since he was last seen. Fellow residents knew he was ill, but did not have access to his floor of the building. Christine had called the building staff, concerned about her son. The staff said they did not think they had the proper forms to disclose information to her. She begged them to check in on him. They never did.  They knocked on his door and put a note in his file that if he wasn’t seen for another 24 hours they would file a missing persons report.  They never actually checked on him, despite knowing he was sick and people were worried.  They knew he hadn't eaten a meal in a week.

At his memorial, his mother confessed that she wasn't sure how to be a mother to an addict. Should she cut him off, insist on treatment, offer unconditional support? Is she being cruel or is she enabling? These are incredibly difficult questions. We ask them at a government policy level as well. Should we use laws to deter consumption? Should we create legal and economic incentives for treatment? Should we invest in support services and harm reduction?

Maybe if we agreed on the answers to these complex questions, Lindsey would still be with us. Then again, maybe Lindsey was undone by much simpler problems. Lindsey died of an infection. Seven days went by before anyone bothered to check in on him. A check-in by staff could have saved Lindsey's life. Lindsey did not deserve to die because he was an addict with a low income. Lindsey did not die because of a complex compromise between principles of deterrence, paternalism and utilitarianism. He died because no one bothered to open his door when they knew there was a problem.

In our opinion, Coast Mental Health failed Lindsey and may be failing countless others.

Coast Mental Health along with other housing services such as BC Housing administer a variety of social housing services. From low-cost family housing to senior, mental health and addict supportive housing. The latter kind of housing carries obligations that go beyond what we expect of private landlords. Supportive housing is supposed to be supportive. Residents are vulnerable. They have high illness, mortality and poverty rates. This is exactly why they are in need of support.

It is inexcusable that supportive housing services do not have the proper policies in place to allow them to fulfill one of their more pressing and important objectives. When the death of a resident is not discovered for a week or more, that resident—that person—was not even remotely supported.

No one is suggesting Coast Mental Health should have the right and obligation to intrude on residents in their homes to conduct regular check-ins. Simpler options are available. A card next to the door of residents could be used by residents to register exits and entrances. This system is in place in some Calgary supportive housing agencies. In some Vancouver housing services, a piece of string on the doorknob is used for the same purpose. Staff could track residents at the entrance of the building or note when residents are not eating. These are not complicated or expensive solutions. The fact remains that Coast staff had good reason to believe something was wrong with Lindsey.

Lindsey's mother, Christine, has been a tireless advocate for policy change within BC Housing, Coast Mental Health and other housing services. She, like too many of us, has a first hand account of how addicts are treated inhumanely in this province. She is working towards creating a foundation called Lindsey's Legacy for Life, which hopes to prevent other families from going what hers has gone through by demanding better accountability for government support services, better addiction training for ER workers and policy reform in supportive housing.

Citizens of this province have entrusted government funded housing services with the project of housing some of our most vulnerable citizens. We entrust Coast Mental Health to maintain a minimal level of care for those residents. Coast failed to meet even that minimum level.