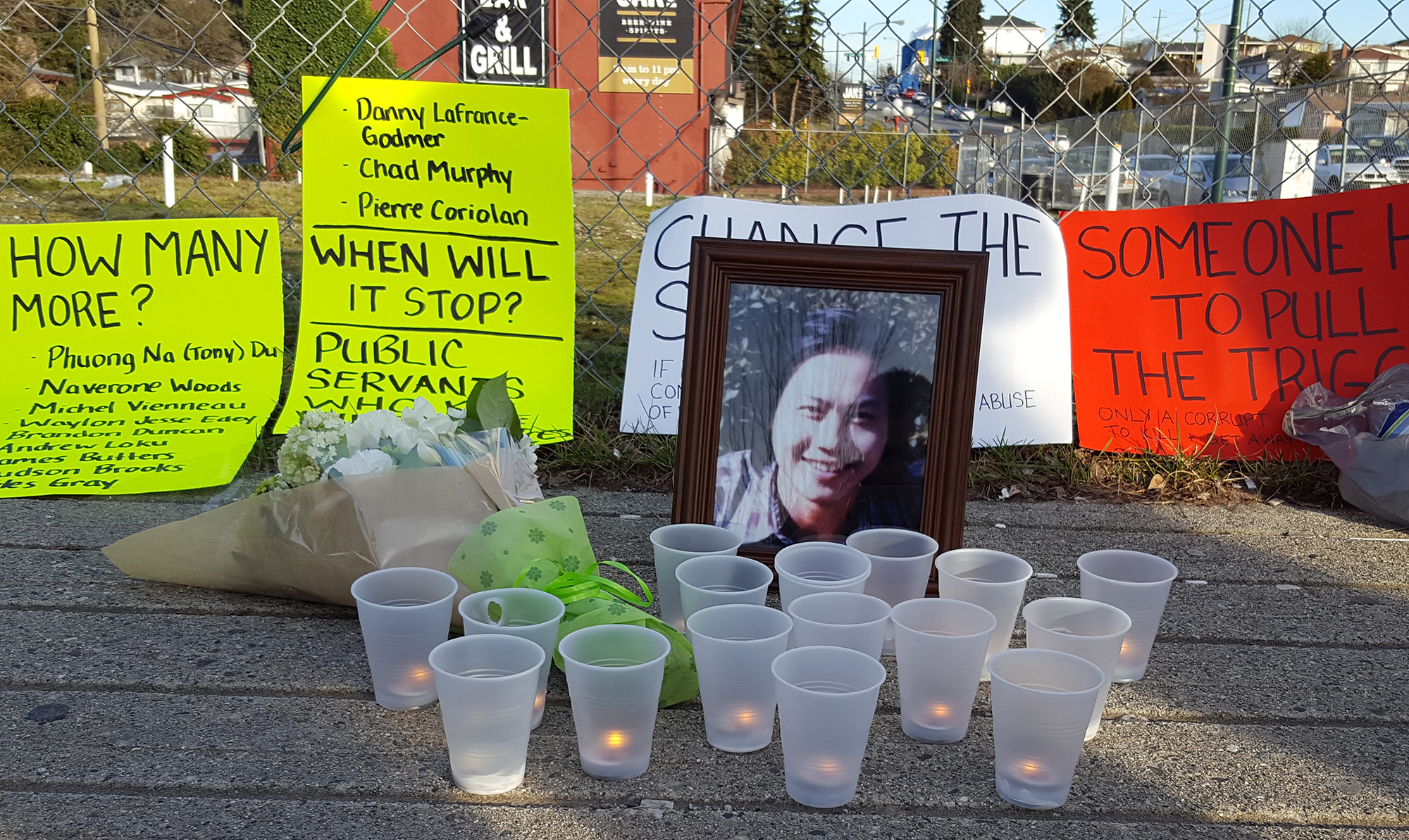 For the first time in more than three interminable years, the family of Tony Du learned how their beloved family member died: two gunshot wounds from bullets fired by a Vancouver Police Department officer. After he fell to the ground, the 51-year-old “gentle giant” suffered further indignity when officers cuffed him rather than provide immediate first aid. These details formed part of the evidence heard at the coroner’s inquest into his death. 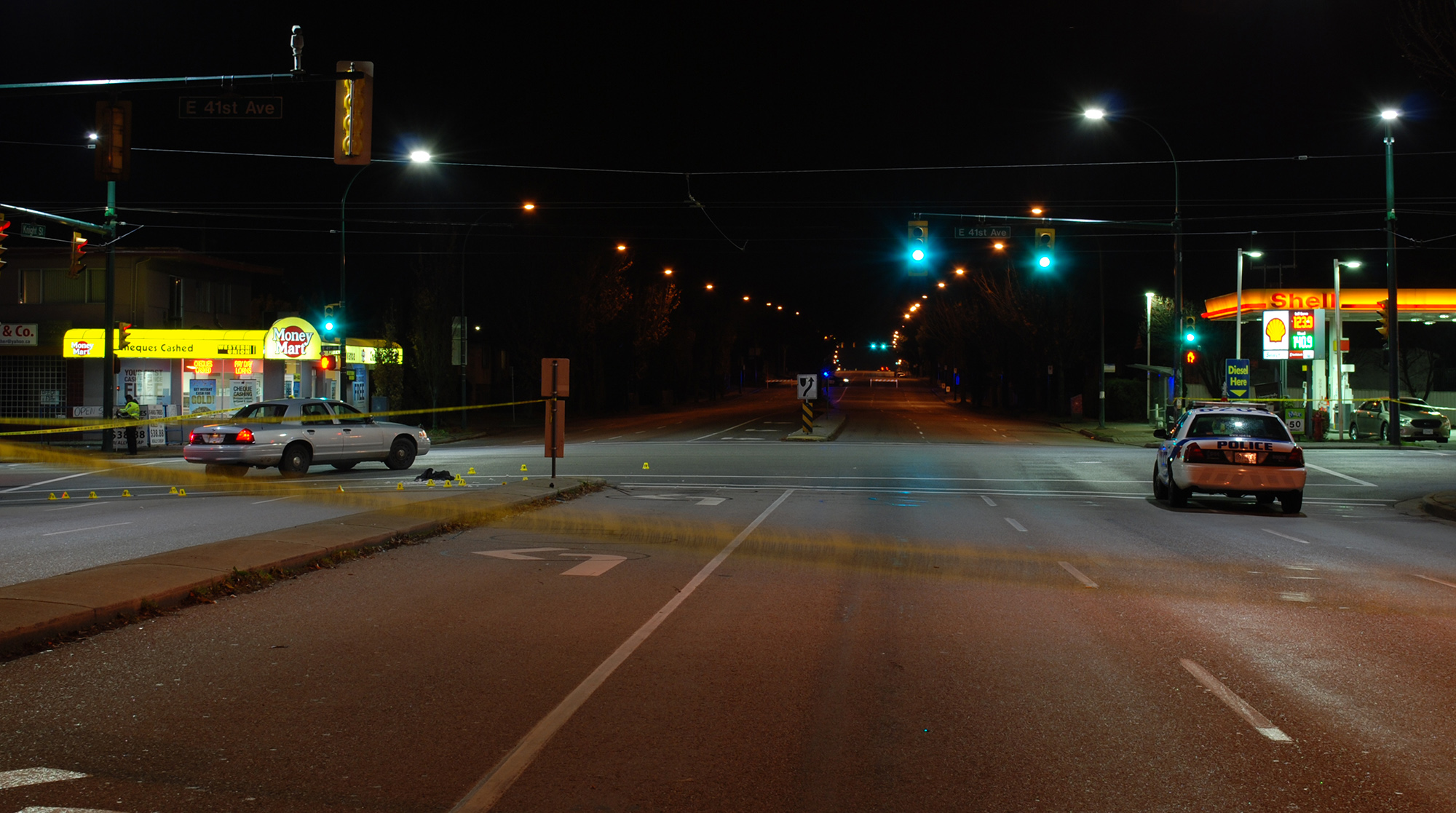 Lawyer Frances Mahon, represented the family of Tony Du, in conjunction with Pivot Legal Society. Together, we urged the inquest jury to make recommendations that would improve police response to mental health crises, protect public safety, and ensure independent, civilian-led investigation of police-related injuries or deaths.

It was an honour for the Pivot team to be there with the members of Tony’s family, who demonstrated incredible strength as they sat in the front row during every minute of the week-long proceeding. After days of evidence and a lengthy, clinical, and precise description of Tony’s fatal injuries by forensic pathologist Dr. Matthew Orde, the family had only one question, asked through lawyer Frances Mahon: “did he suffer?”

It was a particularly heartbreaking moment punctuating a week full of them. Five days of testimony brought the issues of police violence and inadequate policies around mental health response into sharper focus.

He was a gentle giant. (Dr. Soma Ganesan) 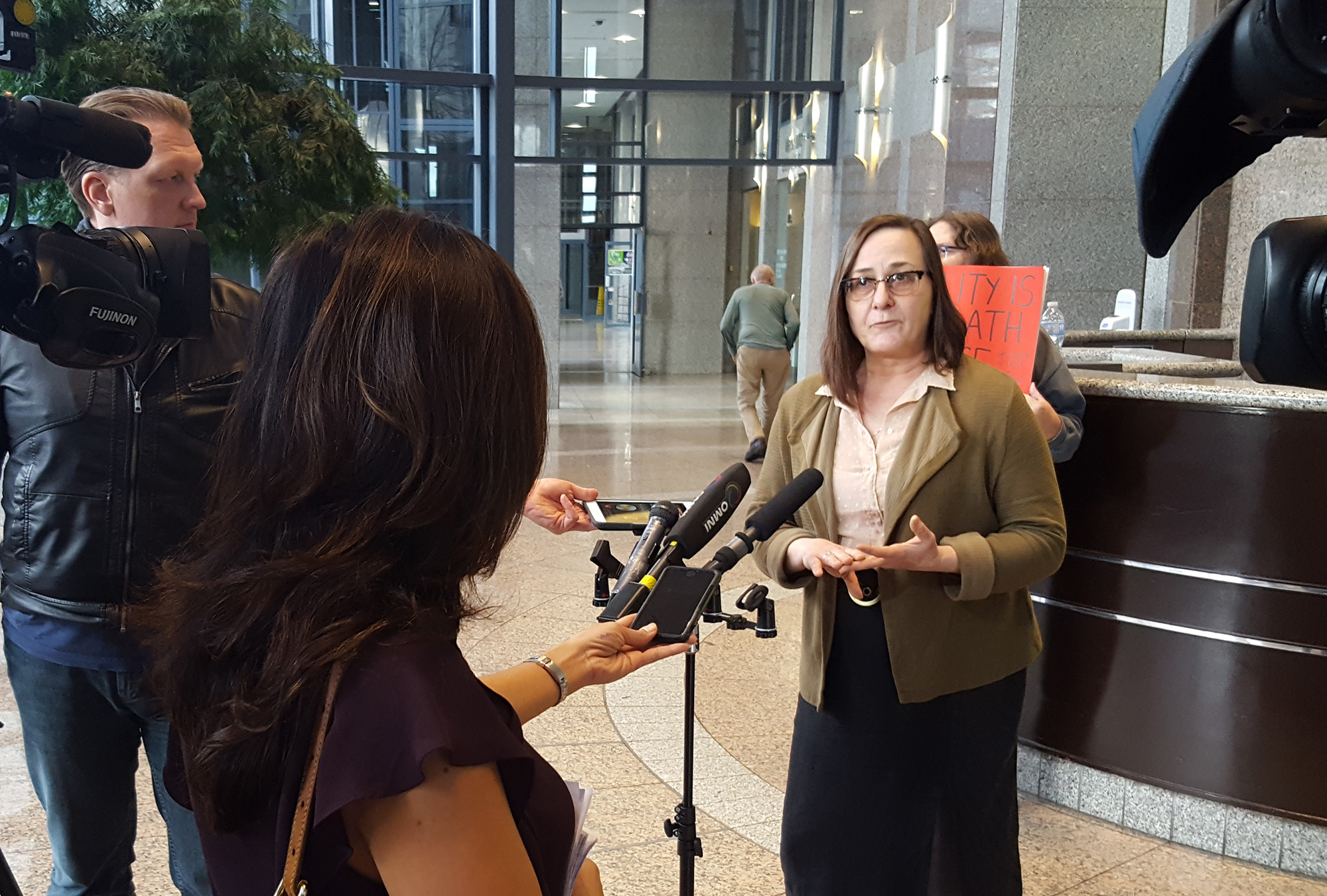 In our submissions, Frances Mahon urged the jury to make the following recommendations:

A five-person jury decided the final draft after a week of testimony. They returned with their recommendations around midnight on Friday, February 9. We are encouraged that they adopted many of our key policy objectives, including a containment strategy, that, were it in place back in 2014, may have prevented the fatal shooting. It would have afforded the officers more time to communicate with and de-escalate an agitated Tony Du, as an RCMP officer had done months before the tragic encounter with Vancouver police. 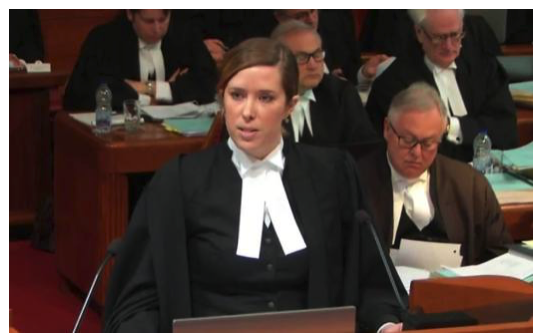 At the inquest, a Richmond RCMP officer testified that months before Tony’s fatal encounter with the VPD, he engaged Tony while he was in an agitated state at the River Rock Casino. Rather than wielding force, he used words to successfully calm him down. This approach is in stark contrast to the VPD's response, wherein an officer loaded a beanbag shotgun upon arriving on scene and fired six times—this was prior to the fatal shots from the pistol that killed Tony Du. Numerous witnesses say Tony was non-threatening, and that his demeanor suddenly turned aggressive as soon as he saw police approaching with the shotgun.

I never felt threatened one bit, and neither should anyone. 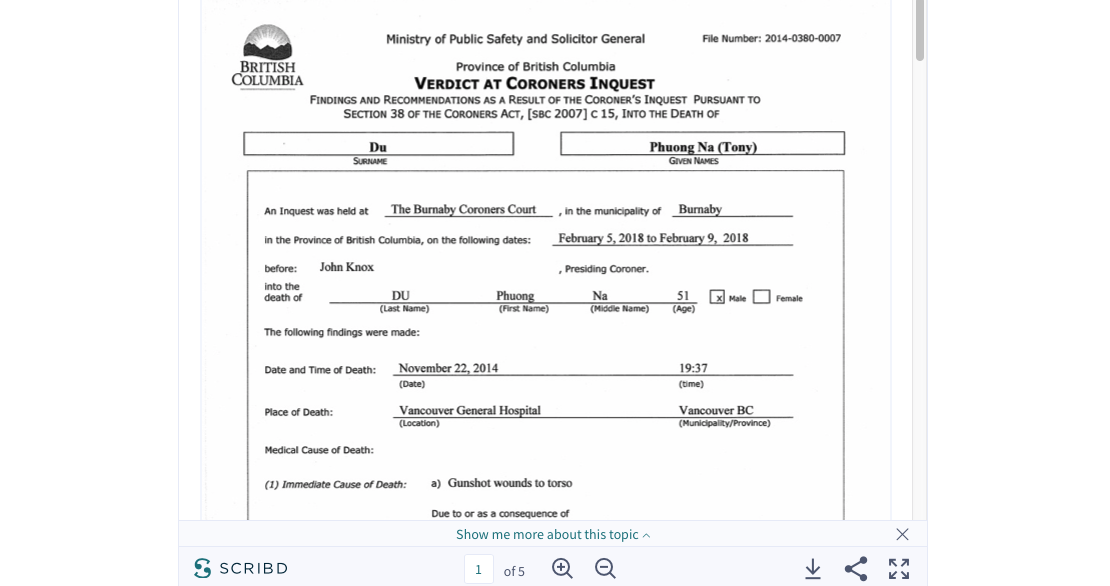 Another of our recommendations adopted by the jury was that police must immediately cease investigations where a member of the public has been injured or killed by an officer regardless of whether or not the IIO, the organization tasked with investigating the conduct of police, is involved. This would ensure police do not collude to cover up wrongdoing, taint evidence, or unduly influence witnesses.

The jury also “urgently prioritized” the completion of provincial standards with respect to body-worn cameras, another recommendation in line with a policy objective Pivot advocated for at the inquest. 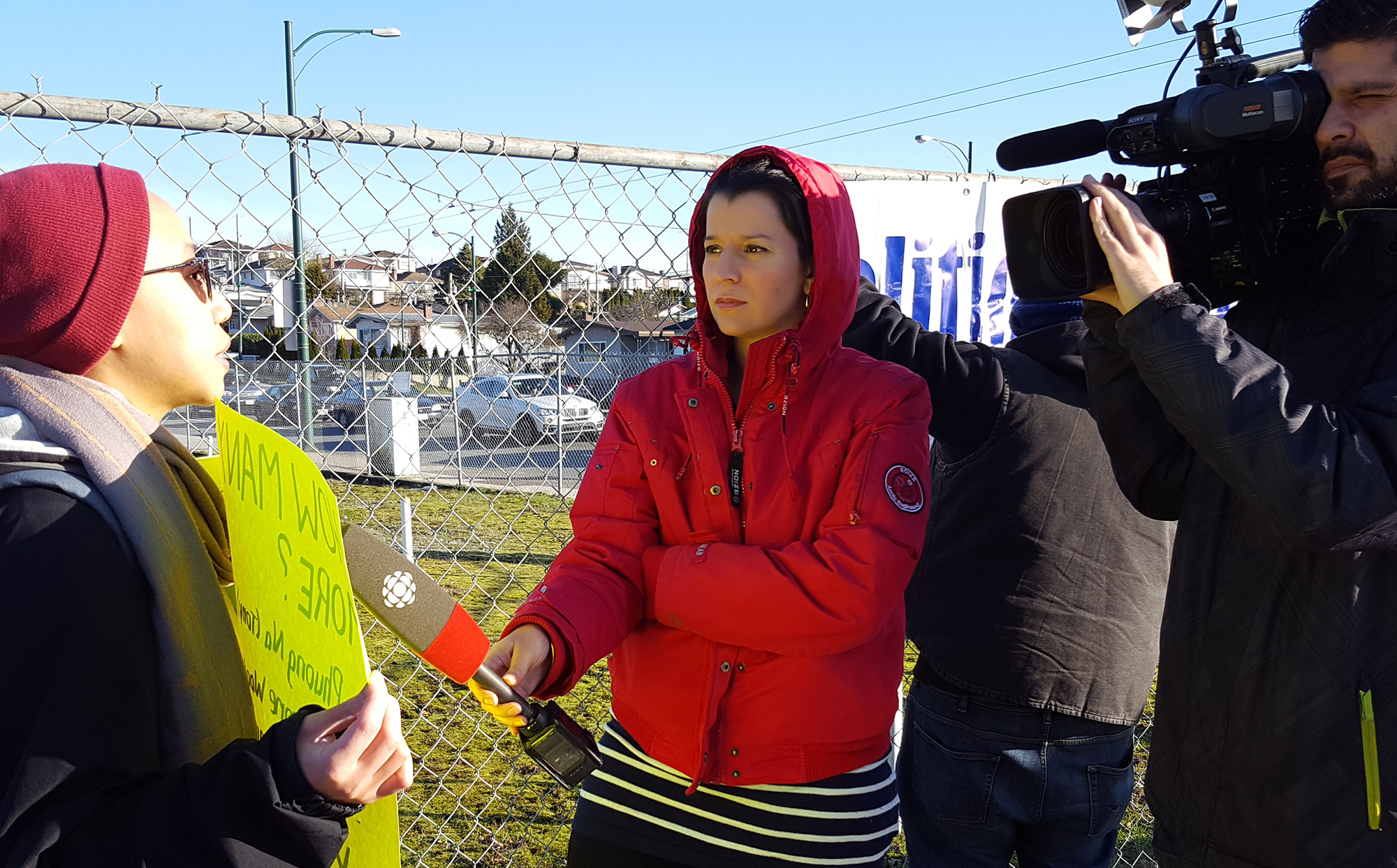 Though we see the recommendations of the jury as a step in the right direction, we believe that more must be done. Members of marginalized and racialized communities continue to be harmed or killed because police engagement protocols involve unnecessary use of force, and there are a number of recommendations we find problematic; for example, providing more Car 87/88 (where officers are paired with a mental health nurse) would not have helped situations similar to Tony Du’s because they are primarily secondary response units. Instead, we are calling for the selection and advanced training of specialized crisis response patrol officers who are chosen for their innate abilities to de-escalate tense situations and work well with members of the public. There are also some recommendations involving information sharing between government agencies that are of concern, and we would like clarification on the scope and depth of this coordination. 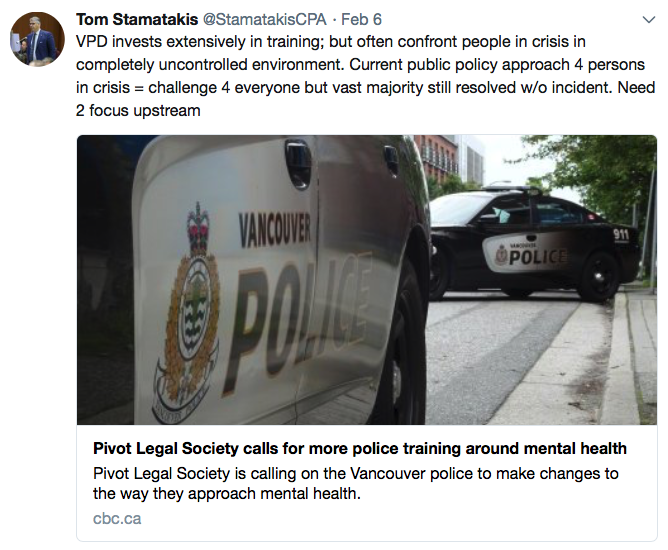 That police officers will have to respond to individuals in crisis is an unavoidable reality. During the inquest, Dr. Soma Ganesan, Tony’s psychiatrist and an esteemed medical expert, testified that 20 to 25 per cent of people living with mental illness will have a relapse of symptoms notwithstanding their adherence to treatment regimes. This can be due to psycho-social pressures and stress.

Given this reality, police must have better systems in place to respond to mental health or emotional crises and safely de-escalate tense situations so that everyone makes it home alive. They didn’t in 2014, and Tony Du, a “gentle giant” beloved and incredibly supported by a caring family, ended up dead. We cannot let this happen again.

Pivot Legal Society is committed to advocating for police accountability across BC. As a grassroots organization, we rely on the support of our community to be able to carry out this work. Please make a gift to Pivot Legal Society today and ensure that we can continue to push for meaningful change so that tragedies like Tony Du’s death never occur again.