Last Thursday, we said goodbye to Dolores Jury, a beloved friend and amazing warrior in the struggle for justice for the women of the Downtown Eastside. I am still struggling to come to terms with a world without Dolores, and I already miss her terribly.

Dolores was involved with countless organizations and groups in the DTES, but I knew her best in her capacity as a director of Sex Workers United Against Violence. She believed so strongly in SWUAV’s work, both as an outreach organization that was there for the women in the community and as a group that fights for social change to make the world a better place for all. Dolores’ energy, kindness, generosity, and love was always a huge part of every SWUAV meeting and I felt inspired and energized just being near her.

Last summer, Dolores, Chili Bean, Irene, Deb, and I all travelled to Ottawa to appear before the Supreme Court of Canada in the case of Canada v. Bedford. It was an unbelievable few days, some of the best of my life. There were a few particular moments that I will never forget.

I will never forget coming down to the hotel lobby when Dolores, Chili, Irene, and Deb first arrived in Ottawa. My mind was swirling with legal issues and so much anxiety about the hearing that was the following day. But then I saw the SWUAV women in the lobby. Actually, I think I heard them before I saw them. Laughter roaring down the hall and when I turned the corner, I walked into their circle of hugs and laughter. It felt like home. 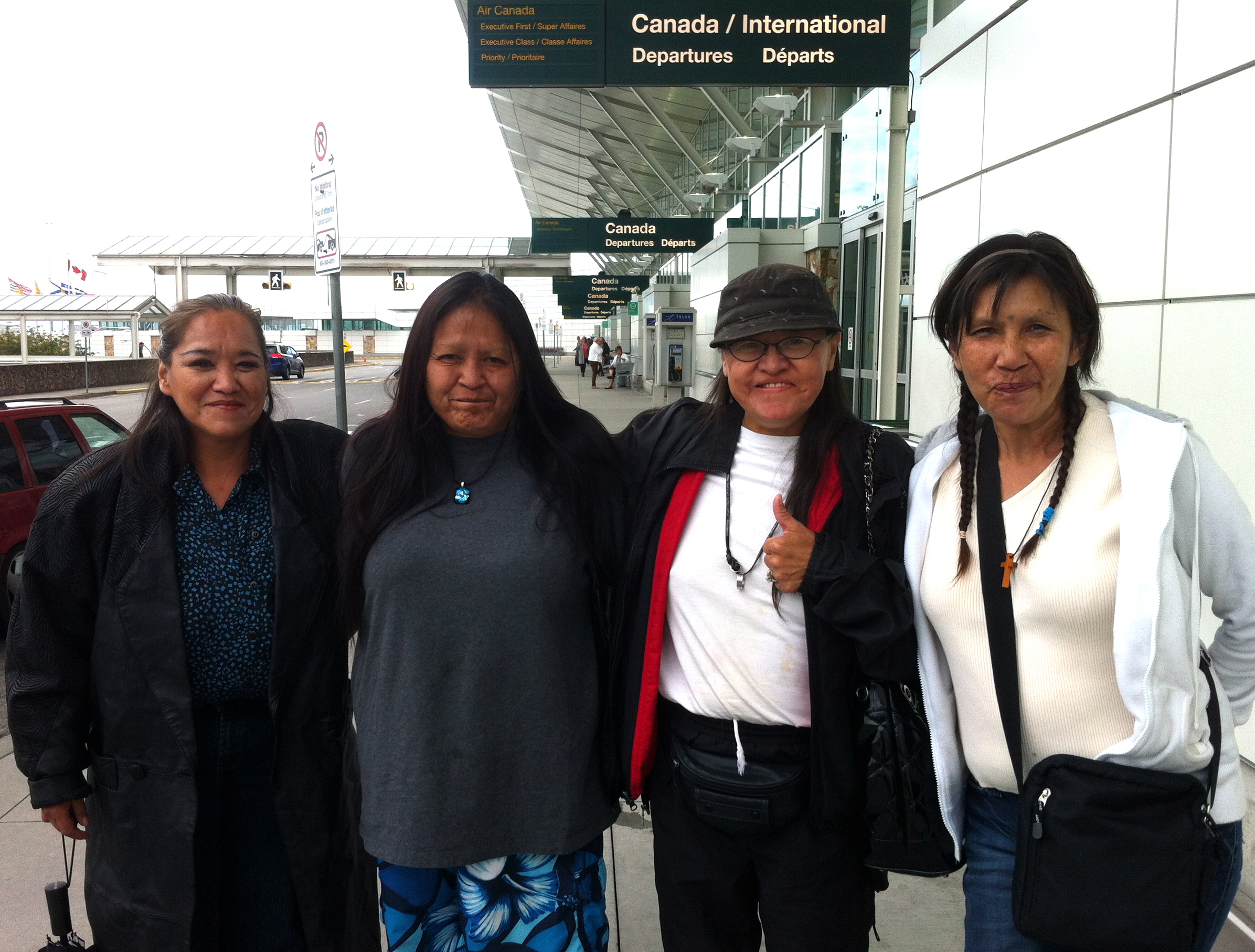 I will always remember the following day, when the Supreme Court of Canada hearing was over and I walked out of the courthouse. I was still a bundle of nerves and adrenaline but then I saw Dolores with her huge smile and her hallmark black cap. She made her way up the steps of the courthouse (where she had delivered an incredible speech earlier in the day to a crowd of supporters) and gave me a huge hug. I will cherish that moment forever. 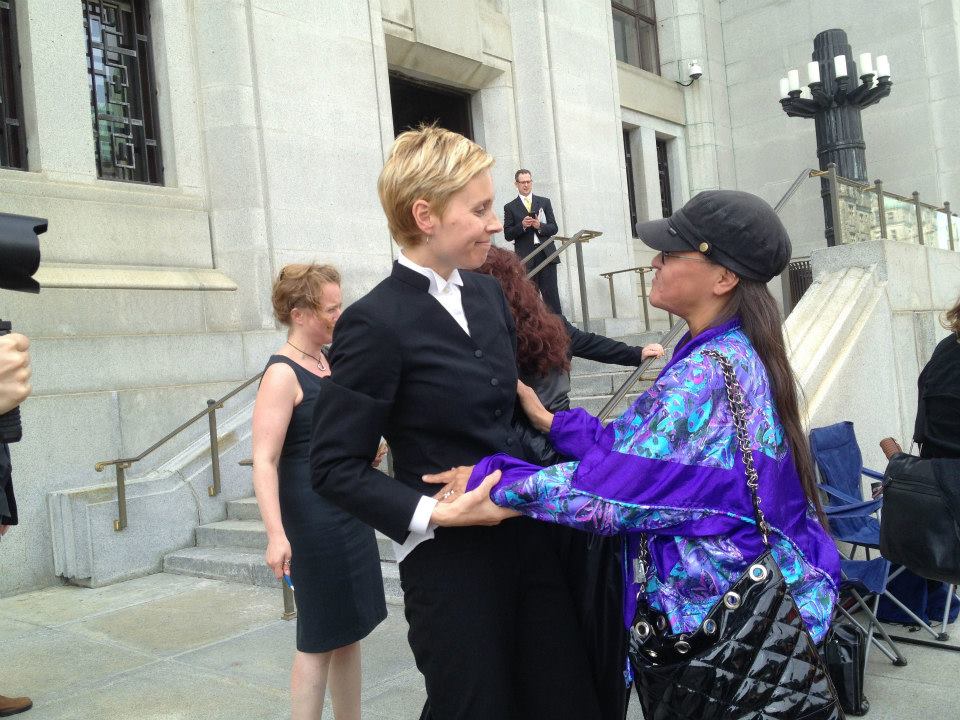 Later that evening, we celebrated! I had baby Rylen with me who was just 9 weeks old and was tagging along to various gatherings. It might have been a little tricky to manage my newborn given that I was falling over with exhaustion. But lucky for me, and lucky for baby Rylen, Dolores wanted nothing more than to cuddle him and walk him around. I could not have asked for a more loving pair of arms for my little one.

I feel so blessed that I knew Dolores in the time that I did, that we shared many beautiful moments of friendship, and that I was able to join her in the fight for safety for the women in her community.

Dolores cared for everyone around her, and she was endlessly committed to making the world a better place for her sisters and brothers. I will continue doing this important work in her honour, and carry her spirit with me always.

PS. The women of SWUAV wanted to put a short film together to honour Dolores. We asked our friends at Combination Films if they could help us out and I am happy to share their lovely film that captures Dolores’ voice and her spirit so beautifully: 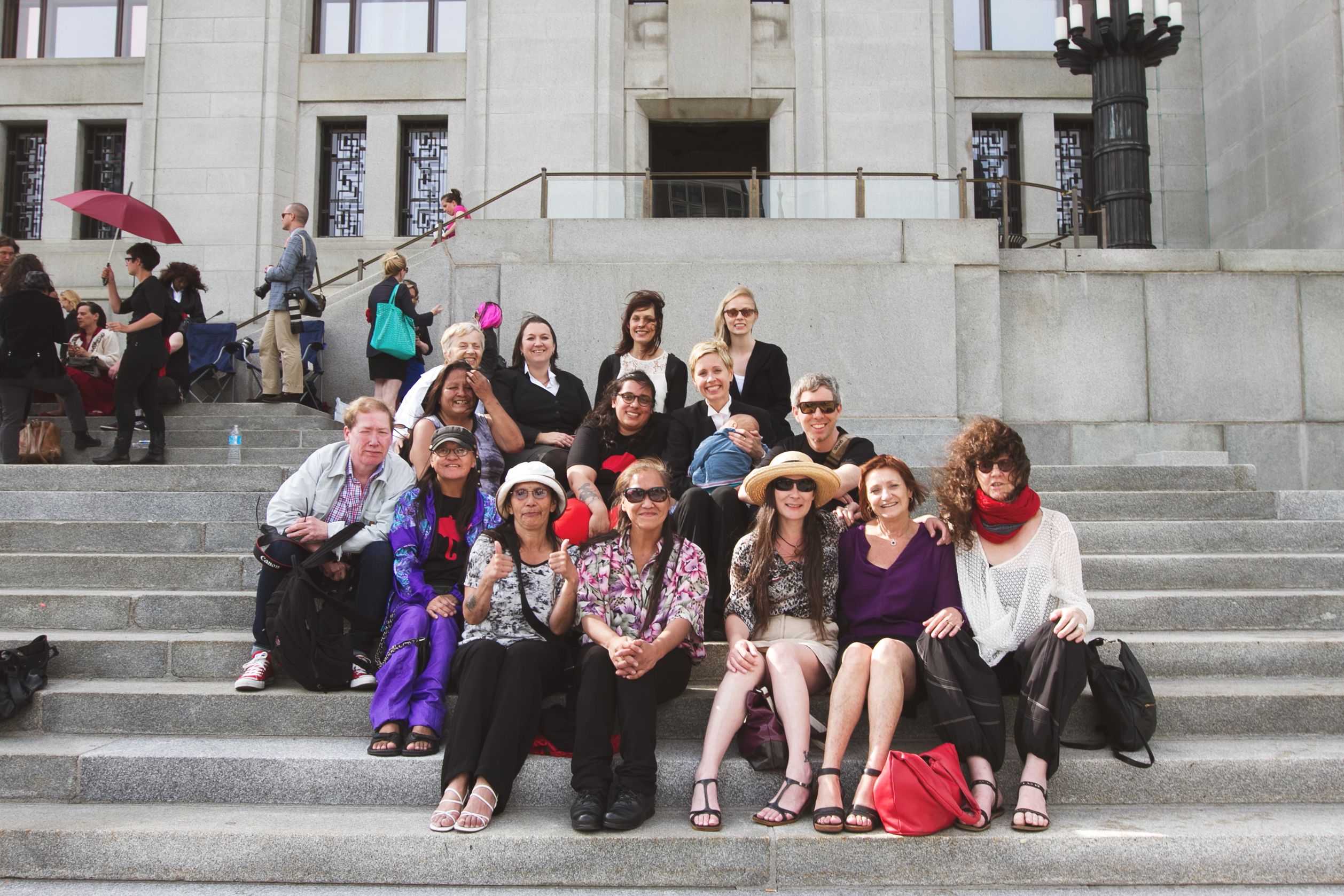