Homeless people in Abbotsford are being pushed around again, this time by BC Hydro who is evicting dozens today who have been living along Gladys Avenue.

For many, the Gladys Avenue campsite has been the one safe refuge in the city after being displaced from everywhere else. It's close to the services they need to survive and a community that supports them.
It's the latest in a growing list of actions against the city's already marginalized and vulnerable homeless population. With a lack of housing and shelter alternatives in the city, these camps are the only safe spaces they have to sleep and live.
Pivot continues to fight municipal bylaws that are denying vulnerable people access to safe shelter. 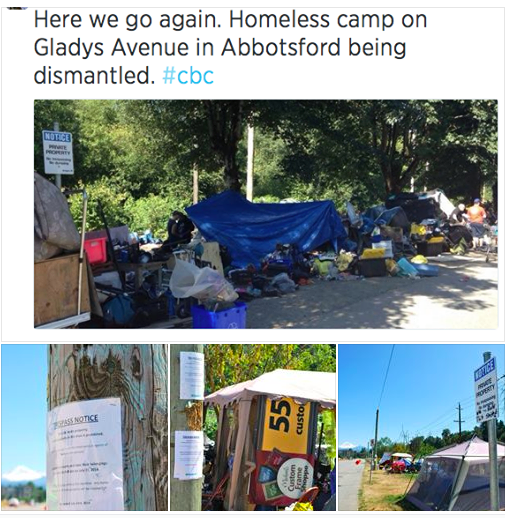