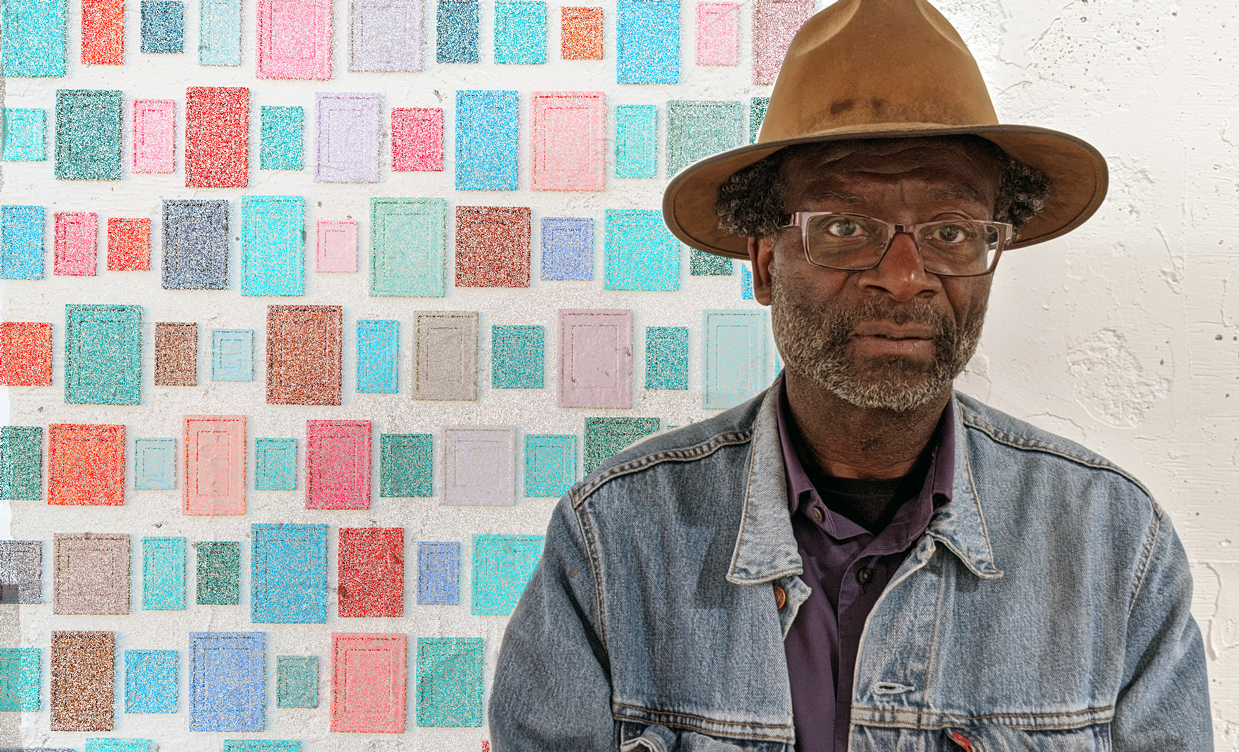 Derrick has had a long-time association with the Downtown Eastside.

In his complaint, Derrick recounts several incidents of police violence, slurs and misconduct towards him by two particular officers.

I intended to file individual complaints against these two officers. When I became aware of the group complaint against them, I decided to join it.

I had several run-ins with the officers. I initially thought it was just me that was having these problems with them. But then I found out that there are all of these other people who’ve had problems with them. I think that the actions of these two officers are just reprehensible. The way that these officers have treated myself and others, no one should be treated that way by anyone, much less being an officer and treating the people this way.

Now I think twice before calling the police if anything happens. 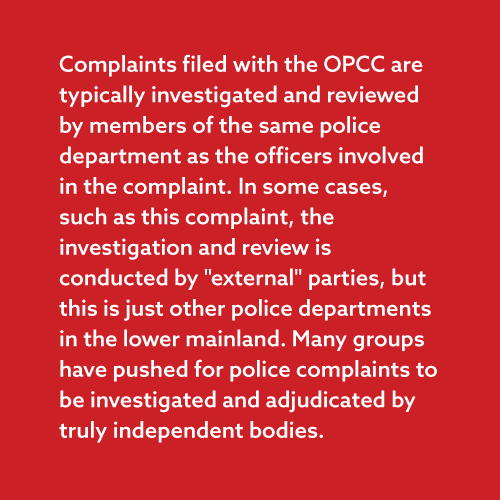 Now I think twice before calling the police if anything happens. One of these officers has made it plain to me, that he knew I was assaulted but, he did nothing about it since he only looks after tax payers. I can only wonder if I’ll be taken seriously if I ever need the assistance of the Vancouver police.

Doing a group complaint has been good because it makes you realize that the actions of these officers are consistently bad behaviour against several people. If an individual files a complaint against these officers, it's quite possible that the individual might be considered as fabricating. But when there are 17 people complaining about the same things, one must consider that these complaints are most likely true.

I would say if you’ve experienced unjust policing like this, you should file a complaint against the officers because if you do not, it just makes it easier for these officers to continue their bad behaviour. If more people file complaints about police abuse, I think officers like these and other officers would be much more careful about how they treat people.

There are problems with the police complaint system.

This isn’t a problem of just these two officers. It a much larger problem within the Vancouver police. The problem starts with the selection process and those making decisions of whom shall become officers. I think these two officers were willfully chosen to do what they have been doing on the job including their abusive behaviour. When complaints were made to the Vancouver police concerning these officers, they did nothing.

The Vancouver Police Department has a history of doing things like this, of allowing its officers to abuse and rough up people. Go into the courtyard of the Woodwards building. There you can see this mural of the Vancouver police beating up people in the past. This is nothing new.

If I could say anything to these officers, I would tell them to step aside.

If I could say anything to these officers, I would tell them to step aside. Do not work in policing at all anymore.

Policing doesn’t mean that you use your authority and powers granted to you to beat up on people. I hope these officers voluntarily step down. If they do not step down, I wish that the Vancouver Police Department would look at everything and say to them that they are an embarrassment to the police force and request that they leave.