Community groups call for a moratorium on street checks 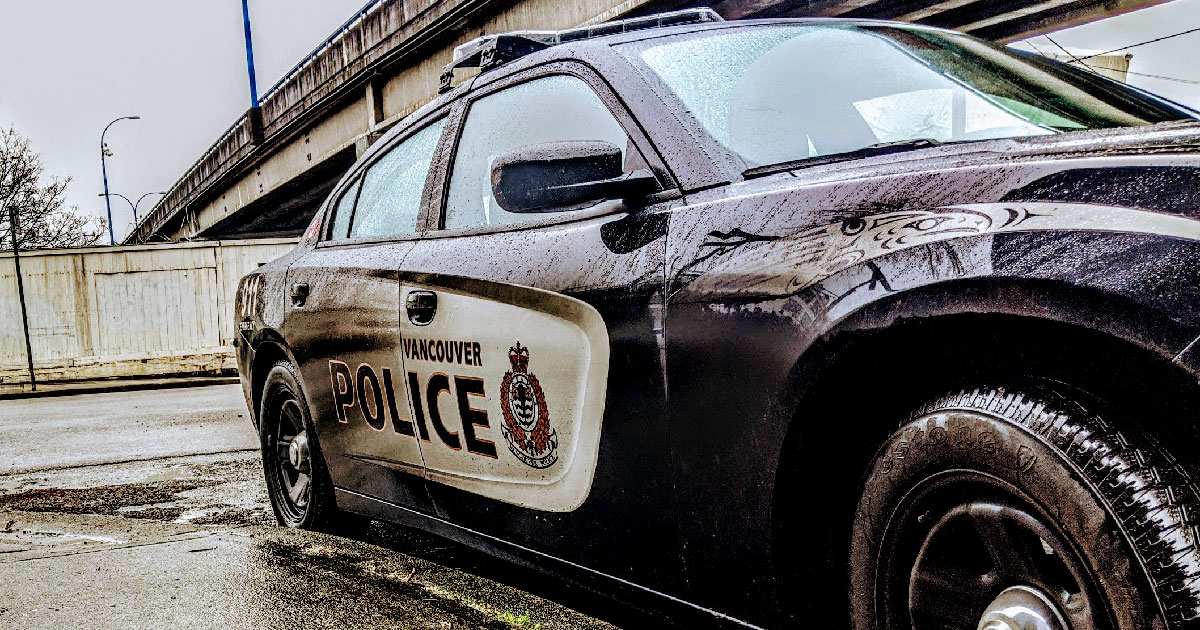 Downtown Eastside-based community groups are jointly speaking out against the Province’s Promotion of Unbiased Policing - Police Stops standards, which came into effect on January 15, 2020.

The standards uphold outdated views and de-legitimized practices of random checks, also known as police stops or “carding” — even though their efficacy has never been proven.

Across Canada, police agencies have been under pressure to cease the discredited practice of street stops, also known as “street checks” or “carding.” In Nova Scotia, the practice has been revoked through a provincial moratorium. To date, Nova Scotia is the only province to outright ban the practice, despite similar calls for police accountability across Canada. Cities such Toronto, Edmonton and Vancouver have commissioned reviews in response to community pressure, and Montreal and Ottawa have also been under pressure to stop the discredited practice.

Research overwhelmingly demonstrates that street checks, police stops and “carding” are inherently biased against Black, Indigenous and other racialized groups. Despite this evidence, provincial police officers and policy analysts insist that these mechanisms are necessary to “allow them to do their jobs and protect vulnerable people”.

Show me any correlation between street checks and making any difference.

Lama Mugabo, community organizer with Hogan’s Alley Society, says, “The police are so attached to this [concept of street checks] and hold it for dear life. It borders on racial profiling, cuts across class, and destroys trust. Show me any correlation between street checks and making any difference.”

The administrative usefulness of street checks has never been proven. Among the mounting criticism of street checks across Canada, is the Halifax, Nova Scotia Street Checks Report, researched and written for the Nova Scotia NS Human Rights Commission by Dr. Scot Wortley. Dr. Wortley reported: “The majority of the police officials who took part in the consultation process admitted that many street checks are of poor quality and contribute little to public safety. At almost every police meeting and focus group, the phrase ‘garbage in, garbage out’ was used to describe this situation.”

Megan McDermott, Policy Director for the BC Civil Liberties Association (BCCLA), says “In the context of an ‘exclusionary zone’ in BC’s North and daily violations of human rights, we’re already operating in an extra-judicial environment of hyper surveillance and over-policing. These measures diminish public trust and security instead of protecting vulnerable people. Nova Scotia has had a moratorium in effect for six months, and “carding” has been banned across Ontario since 2017, and they haven’t fallen apart.” The BCCLA released a press release on Tuesday lambasting the street check review and VPD policy.

The VPD policy, updated in the last month to align with the new Policing Standards, too broadly defines reasonable grounds for arrest, and places the onus on law enforcement officers to determine if a “psychological detention” is taking place. Psychological detention exists when a person feels that they are not free to leave an interaction with police.

The Vancouver Police Board Street Check Review released this week was written by Ruth Montgomery of Pyxis Consulting, a former Edmonton police superintendent. The report contains substantive evidence that street checks and police stops are heavily biased and arbitrary — yet reinforces status quo policing beliefs that street checks just need to be “fixed up” and accompanied by better training.

The Vancouver Courier reports that, in June 2018, a request under the Freedom of Information and Protection of Privacy Act required Vancouver police to post data on its website that showed police conducted 97,281 street checks between 2008 and 2017. Of those checks, 15 per cent (14,536) were of Indigenous people and more than four per cent (4,365) of black people. Indigenous people make up just over two per cent of the population in Vancouver, and Black people less than one per cent.

Subjective and poorly-defined rationales for street checks allow for biases against people who are poor, people who use drugs, sex workers and those with mental health. Current Policing Standards and VPD street check policies include exemptions for “wellness” checks, reinforcing the notion that they are benign rather than harmful to vulnerable people.

There is grave potential for the stops to be misused.

Meenakshi Mannoe, Criminalization and Policing Campaigner at Pivot Legal Society, says, “There is grave potential for the stops to be misused. Consider that people are stopped just because they are in the DTES. In heavily surveilled communities, there is very little interaction with the police that feels voluntary. When we bring up street stops, folks tell us they don’t want police, they want help from peers.” Pivot has been calling for a moratorium on street stops since July 2019 and published a recent blog that responds to the provincial standards.

The community groups are calling for:

We acknowledge that our work takes place on the unceded traditional territory of the Coast Salish peoples, including the territories of the xʷməθkwəy̓əm (Musqueam), Skwxwú7mesh (Squamish), Stó:lō and səl̓ílwətaʔɬ/selilwitulh (Tsleil-Waututh) Nations.

Dr. Wortley analyzed 12 years of data collected by the HRP and the RCMP between January 1, 2006 and December 31, 2017. He concluded that: “Black people are over-represented in the street checks that take place across the Halifax region — whether those regions have a high Black population or not.” (Full citations are contained in our opinion.)

According to the police officials consulted for the Wortley Report, street checks have not necessarily proved valuable. As Dr. Wortley reported: “The majority of the police officials who took part in the consultation process admitted that many street checks are of poor quality and contribute little to public safety. At almost every police meeting and focus group, the phrase ‘garbage in, garbage out’ was used to describe this situation.”

Recommendation 8. End the policing practice of street checks; reduce the number of bylaw infraction tickets issued by police in the DTES; prohibit police from carrying and using all lethal weapons; develop guidelines to facilitate greater use of police discretion not to lay charges especially for minor poverty-related offences; and end the counter-charging and criminalization of Indigenous women who defend themselves or their children.

Downtown Eastside residents say they experience overwhelming over-policing, harassment and ongoing, unprovoked checks and stops. Aiyanas Feardorcha Ormond of the Vancouver Area Network of Drug Users (VANDU) says, “ I don’t think people understand in the rest of the city how much of the police resources are spent over-policing and controlling our neighbourhood. We’ve got police going constantly up and down the block, checking peoples IDs and stopping people in supposedly arbitrary but really targeted checks.”

Report of the Independent Street Checks Review by the Honourable Michael H. Tulloch

The purposes of the Society is to research, preserve and promote the historical, cultural, societal and economic contributions made by Black Settlers.