The last couple of years there has been a war playing out in the courts of B.C., and most of us have likely heard little to nothing about it. In early August the latest battle was fought between police departments and the Office of the Police Complaint Commissioner, in a bid to see who has the last say on police accountability in this province. Most of you probably don’t really have the time to read a stack of decisions from the Supreme Court that relate to police accountability in B.C., but may be very interested to hear what they all mean. Well, allow me to do a bit of translation, since the fact that the Vancouver Police Department has taken the Police Complaint Commissioner to court at almost every opportunity in the last two years goes a long way in showing their true feelings about independent investigation.

For starters there is the recent case of Bentley and Grywinski v. the Police Complaint Commissioner. In 2005 Tasha Rosette, who was five months pregnant, was stabbed 40 times and killed by assailants. It turns out that two police officers, Constable Bentley and Constable Grywnski, who worked for the Integrated Gang Task Force, had received information that the murder was to occur but did not inform Ms. Rosette or take action that would prevent it from happening. Mr. Rosette’s mother filed a complaint alleging neglect of duty, but had it summarily dismissed in short form. That’s when the OPCC stepped in and ordered a new investigation. Then, after 18 months went by and there was little evidence to show that the VPD was taking the investigation seriously, the OPCC stepped in and ordered an external force to handle it. Now, 5 years later, that decision has finally been upheld by the courts and the investigation can continue, after Justice Gerow dismissed the latest effort by VPD members to derail the process, citing it as ‘overly technical’. The officers had attempted to argue that because the initial order to investigate in 2009 came days past the statutory deadline it should not be valid, ignoring the fact that their own challenge came years after the fact and missed practically every deadline in the process. 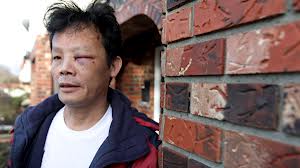 This case is about the OPCC’s decision to call a public hearing to investigate two Vancouver officers who responded to a domestic assault call but went to the wrong house and mistakenly arrested Wu Yao Wei, fracturing his orbital bone in the process. The VPD challenged the OPCC’s ability to call a public hearing in certain scenarios, and the court ruled in their favour, quashing the public hearing into one of the most sensational cases of police violence in the last few years because it did not come in the correct form. It would appear the VPD officers were successful in exploiting a poorly worded section of the Police Act, when the spirit of the Act clearly meant to bestow upon the Police Complaint Commissioner the power to act in the public interest and call a public hearing.

So what exactly does the VPD have to fear from having an independent person, especially a highly trained retired Judge, look into serious allegations of police misconduct? You may remember that in October of 2010 Chief Chu made the unprecedented announcement that he believed it would be in the best interest of the VPD to have an independent body investigate all complaints against the police.

“I strongly urge the government to consider expanding the mandate of this proposed agency to handle all complaints against police, not just in-custody deaths or serious injury,” – Chief Jim Chu

I personally am having a bit of a hard time reconciling the above statement with the VPD's continued efforts to litigate in an attempt to take away as much power from the Police Complaint Commissioner as possible. Since Chief Chu made that statement to the press there have been eight separate legal challenges to the authority of the Office of the Police Complaint Commissioner in the last two years alone. The constant challenging of legal authority belittles the existence of the Complaint Commissioner and does little to assure the public that the VPD is truly willing and able to open up their doors for inspection. If we are ever able to accomplish a truly independent investigative body to investigate all complaints (The current IIO only looks at complaints involving death or serious harm), we shouldn't be surprised if it receives a frosty reception from the departments it is tasked to oversee, despite any media statements that might be made to the contrary.

Other decisions where police forces have challenged the OPCC can be found here on the OPCC’s website.

Stingrays: Are the police spying on us?