And the VPD wants to expand the program 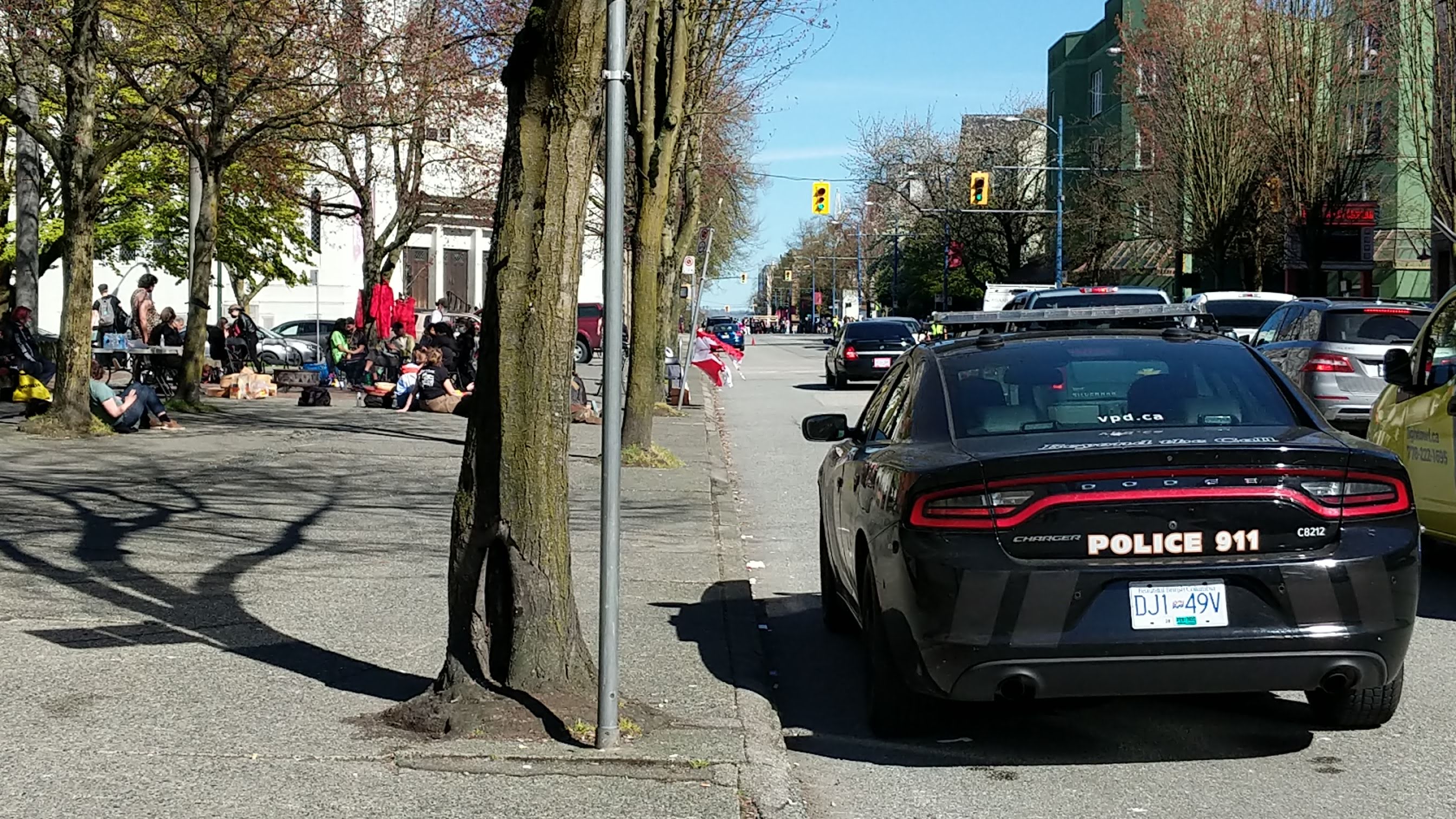 READ: Coalition Submits Complaint for the Cancellation of the VPD Trespass Prevention Program

In our complaint, we highlighted 5 areas of concern raised by the Trespass Prevention Program:

Imagine our surprise when, absent any update from the Police Board, we learned of recent VPD statements about their plans to expand the program.

READ: Report to the Vancouver Police Board on Service or Policy Complaint #2021-009 re: Trespass Prevention Program

In the VPD report prepared for the Police Board meeting in relation to our complaint, Sgt. Chris Burnham cites that “businesses and residents complained of violent reactions when dealing with people setting up shelters, using illegal drugs, urinating, defecating, or sitting with their belongings in a manner that interfered with the use and enjoyment of private property.” We know the behaviour that the VPD cites is indisputably linked to underlying conditions of social condition, poverty, lack of shelter, inadequate access to harm reduction sites, and limited low-barrier health and hygiene facilities. None of these issues will be resolved by the existing Trespass Prevention Program, let alone by an expansion.

Concluding his report, Sgt. Chris Burnham states that “the intent of the TPP is not to criminalize marginalized members of the community.” However, the report also acknowledges that the TPP expands the authority of the police to “take proactive steps to address the behaviours of trespassers that were impacting businesses and residents.” These steps include requesting the “trespasser” leave the property, but also enables police to enforce the Trespass Act through issuing a ticket, an appearance notice, or arresting the “trespasser.” While the intention of the Trespass Prevention Program may not explicitly criminalize unhoused neighbours, this program broadens the police’s ability to engage and interact with them.

Programs like the Trespass Prevention Program undermine efforts to decriminalize poverty and invest in root-cause solutions.

Programs like the Trespass Prevention Program undermine efforts to decriminalize poverty and invest in root-cause solutions. This is on the heels of a motion by the City of Vancouver to decriminalize poverty, no less. Though Deputy Chief Howard Chow has acknowledged that “the crises of public drug use, mental illness and homelessness are not the jurisdiction of the VPD” we continue to see a steady “police creep” into each of these areas. Instead of expanding programs that criminalize poverty, we call on the Police Board and Vancouver City Council to commit to defunding the police and redistributing the capital, instead of relying on the VPD to inappropriately deliver services and programming.

Imagine what we could do if we re-directed these funds and resources into peer-led outreach and programming, culturally appropriate trauma and mental health resources, and building housing with tenancy protections? Aren’t these the solutions that improve the health and safety of all members of the public?

READ: We can choose differently: safety beyond police, prisons and criminalization