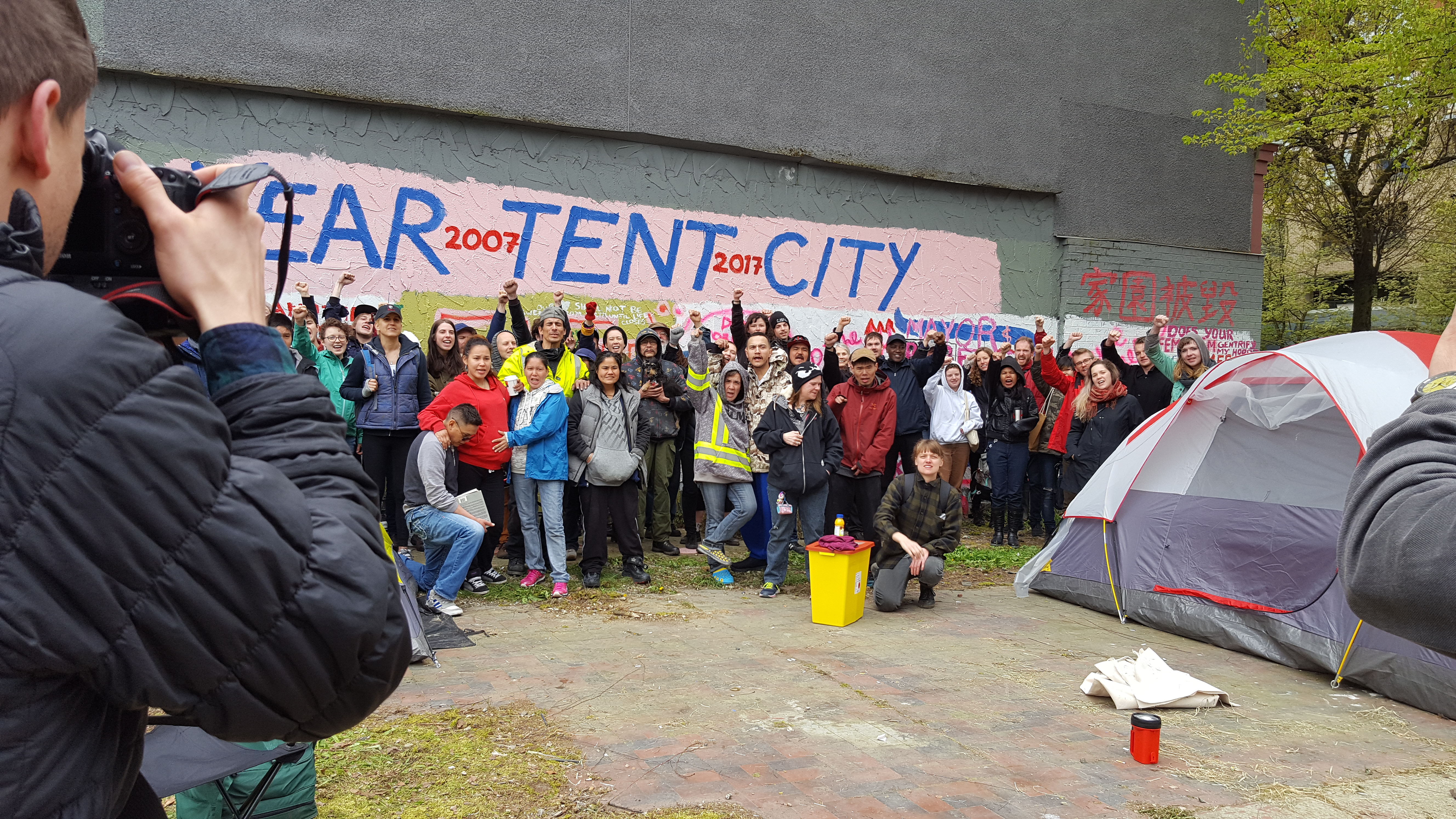 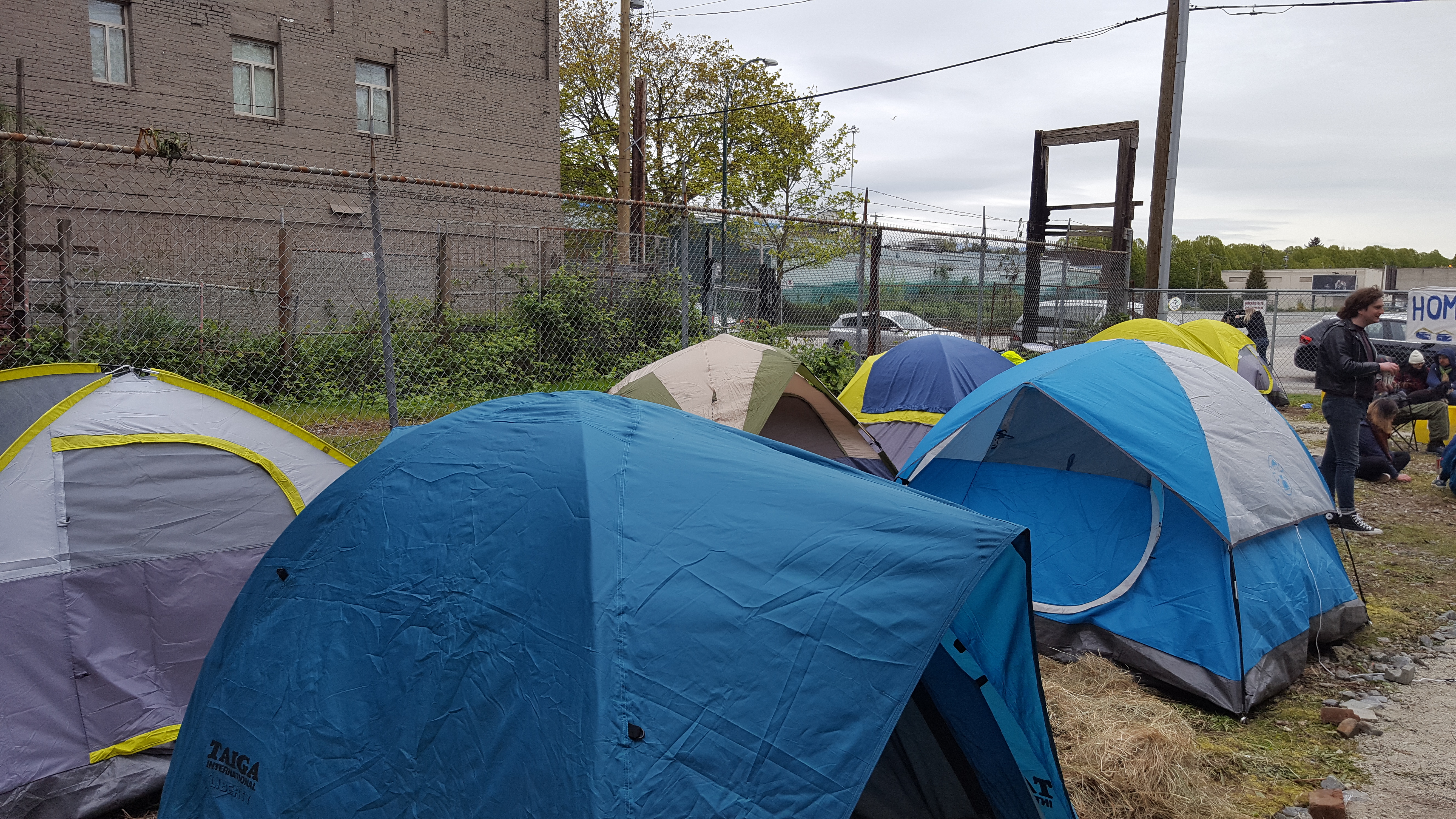 (Interactive Map: Tent Cities of the Past Several Months)

These testimonies were given to defend the women-led encampment at 950 Main Street—otherwise known as Ten Year Tent City—from the City of Vancouver’s application for injunction. If granted, it would have allowed the City to tear down the structures and the safety they afforded, displacing roughly 45 people who have lived there since the end of April. Residents can breathe a sigh of relief knowing they have won a brief reprieve from the cycle of daily displacement and the often dangerous realities of street homelessness.

This is not the first time 950 Main Street has been contested territory. In 2007, a number of homeless individuals and their supporters established a tent city there to shine a spotlight on Vancouver’s housing crisis and to advocate for social housing. Eventually, the City pledged to develop the site for social housing, and the residents left. For a decade, however, that promise has remained hollow and the lot has sat derelict since the City bought it in 1998. 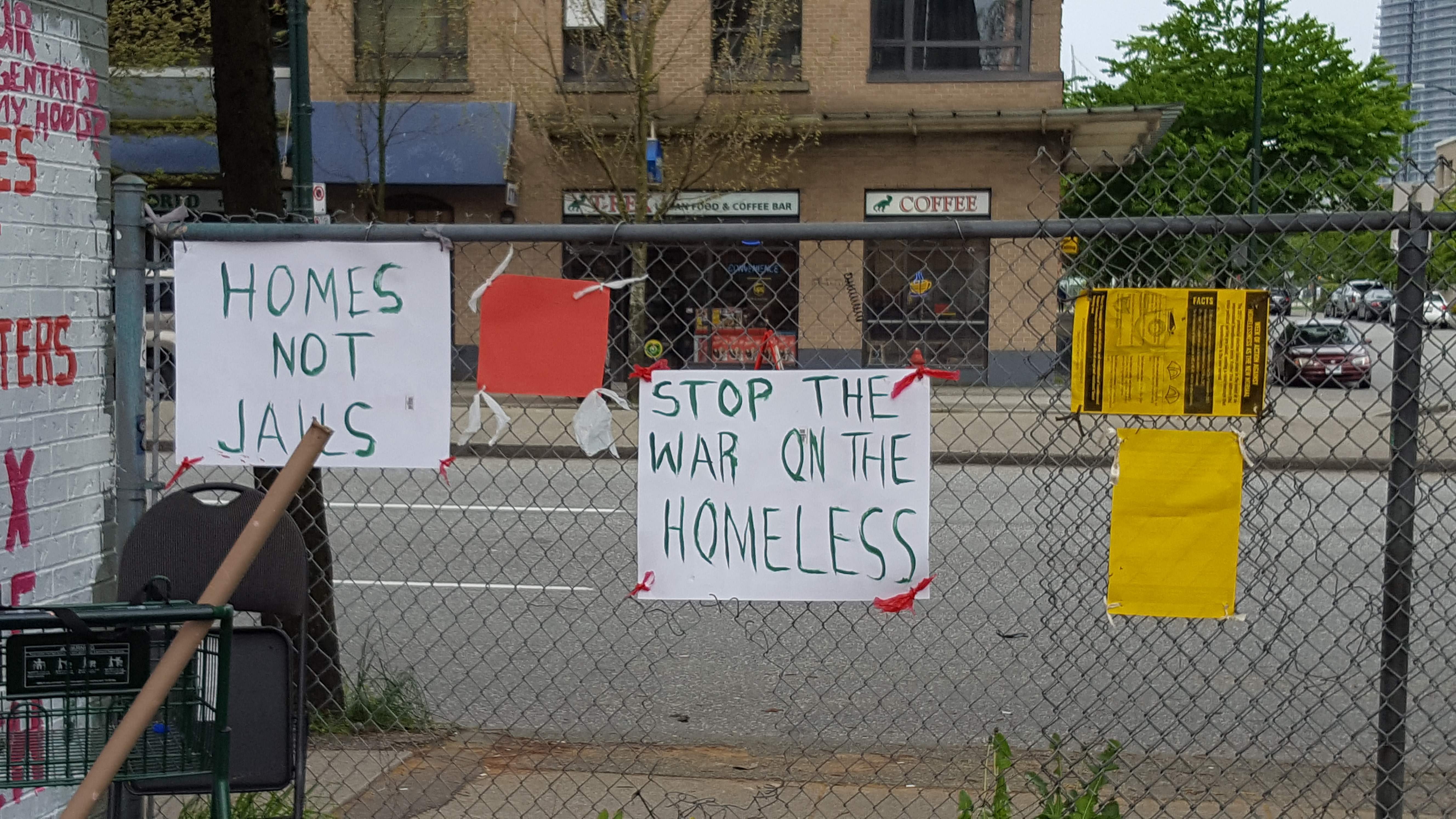 In the meantime, the housing crisis has intensified. Rental rates are at an all-time high, climbing alongside the number of homeless people living in the Lower Mainland. These trends are fueled by provincial and municipal policies encouraging gentrification and displacement—policies that view homelessness and poverty as the result of personal moral failures rather than systemic ones. Against this backdrop, on April 28, 2017, housing activists and homeless individuals returned to the site for housing justice and for survival.

The BC Supreme Court Decision

On Monday, May 8, the City of Vancouver filed for an interlocutory injunction at the BC Supreme Court, submitting that the presence of the tent city was preventing the development of social housing on the lot. The development, headed by Lu’ma Native Housing Society, would be a mixed-use building with 26 residential units, only eight of which would be at welfare rate.

The City argued it would experience “irreparable harm” if the residents were not removed from the lot immediately. Contrary to previous injunction applications related to tent cities, the City did not rely on arguments related to health or fire safety violations, presumably because of residents’ significant efforts to ensure compliance with health and safety standards. 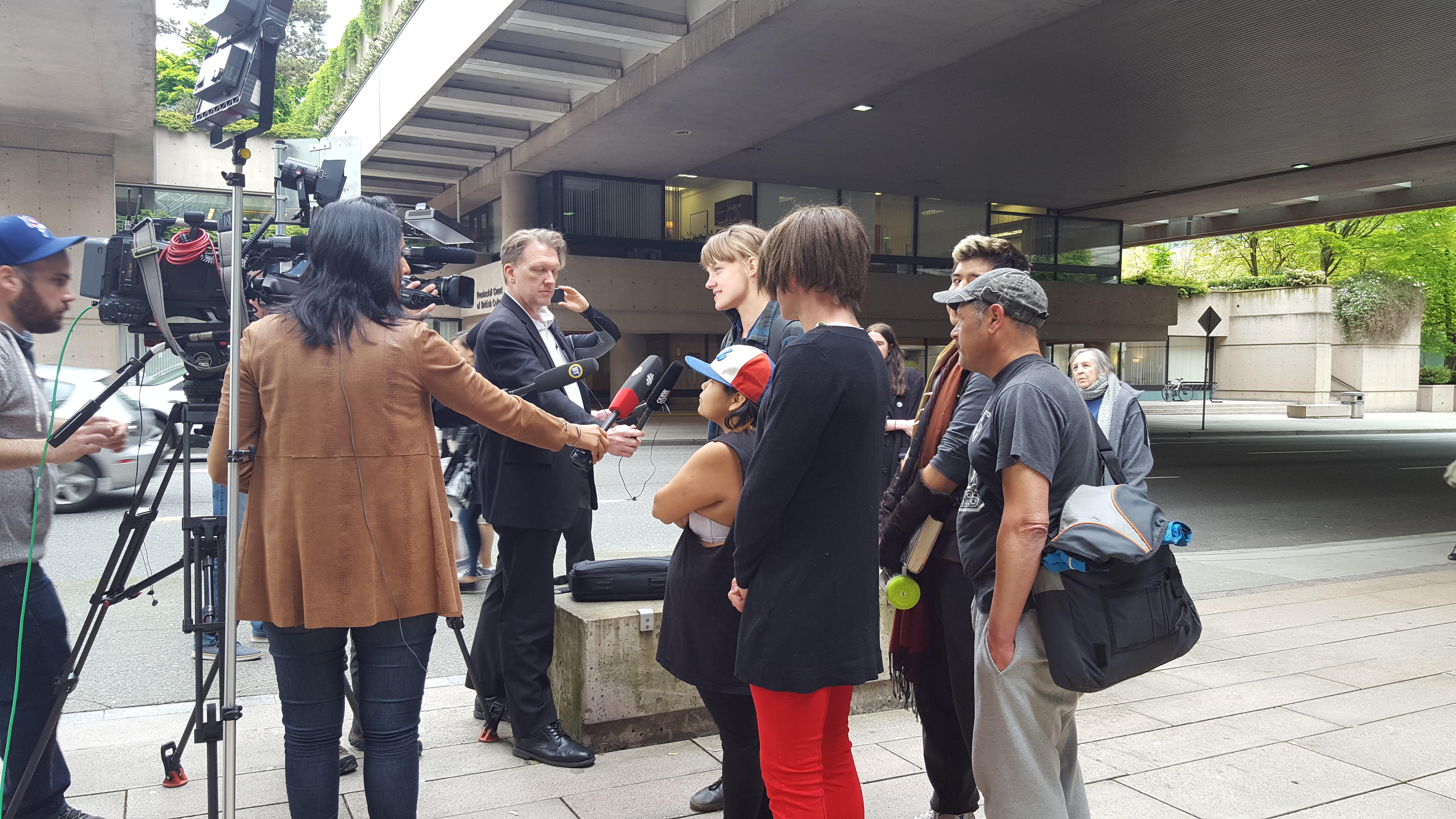 In court, tent city residents submitted affidavits and testified directly about the positive effects of their encampment and of the devastating consequences its destruction would cause. They argued the tent city is well-regulated by a council of women and that the community members keep each other safe. They spoke of their struggles with homelessness, the perils of sleeping on the street, the difficulty in finding and keeping a job when there is no place to shower or store belongings during the day, and the lack of diverse shelter options for women.

After deliberation, the judge ruled that she would not grant the injunction, declaring that at this time, the harm of granting it would far outweigh the benefits of doing so.

Residents are already bracing themselves for another injunction application from the City. If it is successful, they will be thrown out of a protective community into the middle of the raging opioid and affordable housing crises, both of which have claimed thousands of victims so far.

Tent cities are not a permanent solution to homelessness. We must move towards a society that sees homelessness as entirely preventable, and recognizes housing as a human right. Until then, anti-poor policies such as dismantling tent cities will only exacerbate the problem. In the absence of new social housing, destroying these communities will further drive our society’s most vulnerable to the margins absent the support, safety, and security that will keep them safe.