This morning the Supreme Court of Canada released its decision in the cases of R v Mabior and R v DC. These two cases examine the criminal implications of failing to disclose HIV positive status to a sexual partner. In these cases, the SCC revisited their 1998 decision in R. v. Cuerrier.  At issue is whether consent to engage in sexual activity is still valid if the other person does not disclose their HIV positive status. More specifically, these cases look at whether disclosure is legally required in cases where a person has a low or undetectable viral load and/or a condom is used.

There was a great deal of hope among HIV and public health experts and advocates that the Supreme Court of Canada would take this opportunity move away from a criminalization approach to HIV non disclosure. We will leave it up to our friends at the Canadian HIV/AIDS Legal Network, The BC Centre for Excellence in HIV/AIDS and other experts to provide a fuller commentary in this case, but suffice to say there will be a great deal of concern from public health experts about where these decisions are going to take us. Evidence from around the world has demonstrated that punitive approaches to HIV prevention simply drives people to the margins, away from critical health and social support services, including HIV prevention and treatment. Many health and human rights experts and advocates were hopeful this decision would move Canada towards a more supportive and protective legal environment, as opposed to further criminalizing people living with HIV which has shown to perpetuate HIV stigma and limit accessibility of key forms of HIV prevention.

In Cuerrier the court used the language of “significant risk” to determine if there is a duty to disclose. The Court was left to decide at what point risk becomes “significant” enough and harm becomes “serious” enough for conduct to be considered a criminal offence. Both of these cases point to the need to consider how stigma is associated with HIV, particularly where there is criminalization, and how it can impact the perceived credibility and human rights of HIV positive people. While the Court poured over the science behind HIV contraction and low viral loads in these cases, the social analysis which has been the driving force in getting the Supreme Court of Canada to review the Cuerrier test in the first place was sadly lacking.

First we will look at the case of R v. Mabior. Mr. Mabior was charged with nine counts of aggravated sexual assault because he had sex with different women and did not disclose to them that he was HIV positive. None of the complainants contracted HIV.  At trial, he was convicted of six 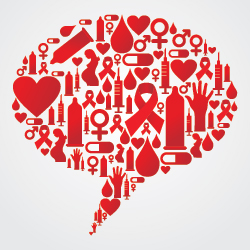 counts and acquitted on three. The trial judge concluded that using a condom during intercourse when viral loads are undetectable does not place a sexual partner at significant risk of serious bodily harm. The decision was appealed to the Manitoba Court of Appeal, which came to a different conclusion. That court found that either low viral loads or condom use could negate significant risk. As a result, they decided that Mr. Mabior could only be convicted on two counts. The Crown appealed the acquittals on the other four counts to the Supreme Court of Canada.

In their unanimous judgment this morning, the Supreme Court of Canada concluded that Mr. Mabior should be convicted of three of the four counts that he was acquitted of at the Court of Appeal. In doing so, the Court revisited the test set out in the Cuerrier decision, saying that, “A person may be found guilty of aggravated sexual assault under s. 273 of the Criminal Code if he fails to disclose HIV-positive status before intercourse and there is a realistic possibility that HIV will be transmitted."

The Court said that further clarity was needed in term of what is and what is not a criminal offence in these circumstances. The Cuerrier decision provided the basic requirements for the offence, including that the circumstances must create a “significant risk of transmission” but did not clarify “the precise circumstances when failure to disclose HIV status vitiates consent and converts sexual activity into a criminal act.”

About “significant risk”, some people say that virtually any risk of serious bodily harm is significant.  Others argue that to be significant, the risk must rise to a higher level.  These debates centre on statistical percentages.  Is a 1% risk “significant”?  Or should it be 10% or 51% or, indeed, .01%?  How is a prosecutor to know or a judge decide?  And if prosecutors, defence counsel and judges debate the point, how — one may ask — is the ordinary Canadian citizen to know?  This uncertainty is compounded by the fact that a host of variables may affect the actual risk of infection.

The uncertainty inherent in the concepts of significant risk and serious bodily harm is compounded by the fact that they are interrelated.  The more serious the nature of the harm, the lower the probability of transmission need be to amount to a significant risk of serious bodily harm, it is argued.  So it is not simply a matter of percentage of risk and seriousness of the potential disease.  It is a matter of the two as they relate to each other. (paras 16 &17)

Invited to revisit the Cuerrier test, the Court provided a new definition of “significant risk,” saying that it is “established by a realistic possibility of transmission of HIV.”

In terms of Mr. Mabior’s charges, the Supreme Court of Canada applied the new definition of “significant risk” to the facts of his case. The Court convicted on three counts because, although he had a low viral load when he had intercourse with three sexual partners, he did not use a condom. The Court concluded that low viral load with no condom use meets the test for “a realistic possibility of transmission of HIV” and he was, therefore, convicted on those counts. In the case of the fourth sexual partner, Mr. Mabior was not convicted because he did use a condom and his viral load was low. The Court concluded, “the combination of a low viral load – as opposed to an undetectable viral load – and of condom use negates a realistic possibility of transmission, on the evidence in this case.”

The second case under consideration by the court is that of R. v. D.C, a woman who was charged with sexual assault and aggravated assault in Quebec.   In this case, though D.C.’s viral load was undetectable, the trial judge found no condom was used during one sexual encounter with her partner and, since she had not disclosed her HIV-positive status, this was grounds to convict her.  The Court of Appeal set aside the convictions on the ground that even without use of a condom, the requirement of a significant risk of serious bodily harm was not met given the D.C.’s undetectable viral load.

On appeal, the Supreme Court found that, on the facts of this case, condom use would have been required to preclude a realistic possibility of HIV transmission.  However, The SCC set aside that verdict because they found that the trial judge had erred in convicting the woman because there was enough evidence to support the finding that a condom had not been used:

Although not specifically addressed by the SCC, the case of DC points a number of important social and contextual factors that come into play in addition to the question of “significant risk” from a biological perspective, when looking at the issue of criminalization of HIV non-disclosure. D.C.’s court raises a number of questions about the ways in which the law can be used to punish or control an HIV positive person.

According to the record D.C. learned that she was HIV-positive in 1991, after the death of her partner.  She was treated with antiretrovirals, resulting in a detectable viral load.  In July of 2000, she met the complainant and in time, their relationship became intimate.
Upon learning that D.C. had HIV, the complainant broke off the relationship, but renewed it of his own initiative a few weeks later.  They moved in together and lived as a family for four years. During this time, they had protected and unprotected sexual relations.  The complainant has never contracted HIV.

In December 2004, D.C., decided to end the relationship. She asked the complainant to leave the house.  He refused.  A few days later, D.C., accompanied by her son, went to the family home to remove her belongings.  The encounter was violent.  The complainant assaulted D.C. and her son.  He was charged and convicted of assault. (paras 5 & 6)

It was only after this incident that, in February of 2005, that the complainant filed his complaint with the police and the Crown laid charges of sexual assault and aggravated assault against D.C., on the ground that when the complainant and D.C. first had sex four years earlier, D.C. had not disclosed the fact that she was HIV-positive.

The trial judge went on to say he found neither party to be credible. However, on the basis of a note of D.C.’s doctor made seven years earlier referring to a broken condom, the judge concluded that D.C. had lied to her doctor, and inferred that no condom had been worn.  On those speculative grounds he convicted D.C.  The Court of Appeal went on to concluded that the trial judge’s reasoning as to whether a condom was used was a reasonable inference, but set aside the convictions on the ground that even without condom use, the requirement of a significant risk of serious bodily harm was not met. It is only at the SCC level, that the underlying premise that D.C. was recognized as speculative and insufficient to prove guilt beyond a reasonable doubt, leaving important questions about whether stigma and preconceptions about HIV positive people, not just biology, is impacting when non-disclosure of HIV positive status results in a criminal conviction.