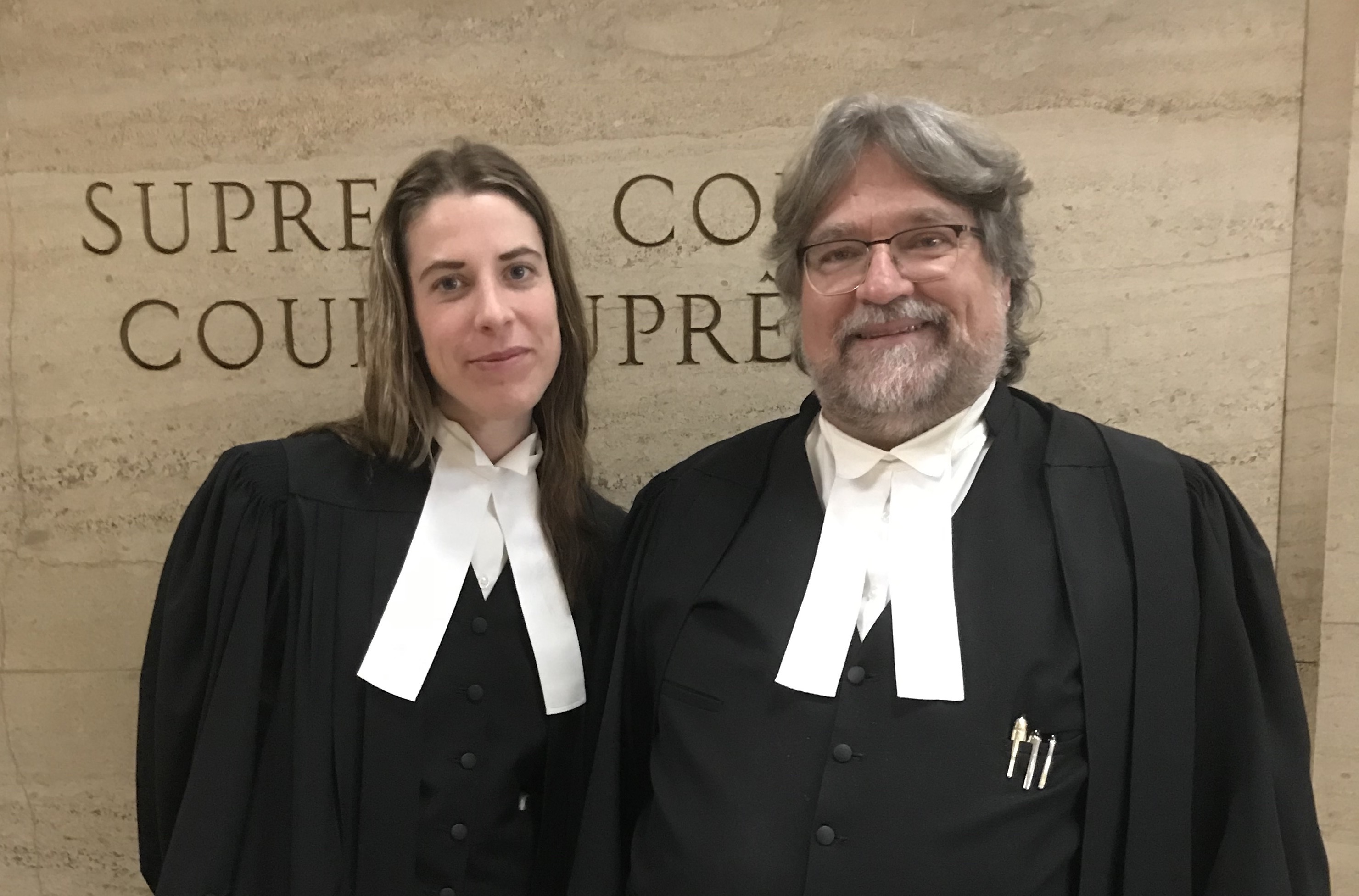 This week, Pivot Legal Society appeared before the Supreme Court of Canada in R v Zora, a case dealing with breaches of bail conditions (an offence under section 145(3) of the Criminal Code). The Appellant, a man who failed to answer the door promptly when his probation officer knocked at the door and therefore allegedly violated his curfew condition, argued that he should not be convicted of breach because he did not know nor did he intend to break the law.

Staff lawyer Caitlin Shane headed to Ottawa with co-counsel and criminal defense lawyer David Fai to explain the heavy impact of bail conditions on Pivot’s clients—and why prosecutors must be held to the highest standard in convicting an accused for breaching these conditions.

Bail Conditions: What are they?

Bail conditions are restrictions imposed by police or courts on people who are involved in the criminal justice system but not yet convicted of a crime. Bail conditions prohibit certain behaviours or alternatively, make them mandatory when the person is released from custody. These conditions commonly require abstinence from using drugs or alcohol, prohibitions against carrying drug paraphernalia (including sterile needles and harm reduction supplies), and geographic area restrictions or “red zones.” In theory, bail conditions are supposed to be tailored to an accused’s particular circumstances. In reality, they are often impersonal, unrealistic, chosen from a set number of options, and may be consented to by an accused in a desperate attempt to get out of jail as soon as possible.

Bail conditions were among the top concerns delivered by community members to Pivot during research for our 2018 report, Project Inclusion. Across the province, bail conditions are setting people up to fail and so breach charges are rampant. The result? A court system entirely bogged down by administrative justice offences and more importantly, a flood of devastating consequences for our clients’ health, housing, employment, and child custody. For instance:

Read Part 2.2 of Project Inclusion, How Court-Imposed Conditions Set People up to Fail

Setting people up to fail: What Pivot told the Court

The legal question at the heart of R v Zora is how Courts should treat breaches of bail conditions; can prosecutors use a low “reasonable person” standard to convict, or is the Crown held to a higher individualized standard that takes into account an accused person’s lived experience?

Pivot argued that the latter, higher standard is necessary, in part to uphold the values of liberty and equality underpinning the Canadian Charter of Rights and Freedoms. Allowing prosecutors to convict on a lower standard would not only bog down an already under-resourced bail system, but also lead to higher rates of conviction with disproportionately harmful outcomes for the communities we work alongside.

We know that Canada’s laws do not impact everyone equally. The Supreme Court of Canada has confirmed this reality, stating recently in R v Le that “we have arrived at a place where the research now shows disproportionate policing of racialized and low-income communities.” A lower conviction standard for breaches of bail conditions will, without question, target those same communities, particularly given the frequency with which untenable bail conditions are imposed. This disproportionately threatens the constitutional value of equality, which aims to mitigate the harms of our laws on marginalized communities.

We know that Canada’s laws do not impact everyone equally.

The value of liberty is also risked when we consider the legal consequences for breach of bail conditions (s. 145(3) offences): a jail sentence of up to two years; a criminal record and its associated stigma; and future sentencing conditions that carry all the same harms as bail conditions. Since bail conditions are imposed pre-trial, these liberty infractions can occur before a person is even found guilty of an underlying offence. The B.C. Court of Appeal may claim that a 2 year jail sentence “does not give rise to sufficient social stigma,” but we know that even short-term jail sentences can have devastating effects for our communities including a loss of income and employment; eviction or housing instability; a loss of personal possessions; and a “ripple effect” that endangers people who rely on them.

All of these findings, our counsel David told the Court, mean that the Crown should be held to the highest standard when convicting an accused for breaching a bail condition. 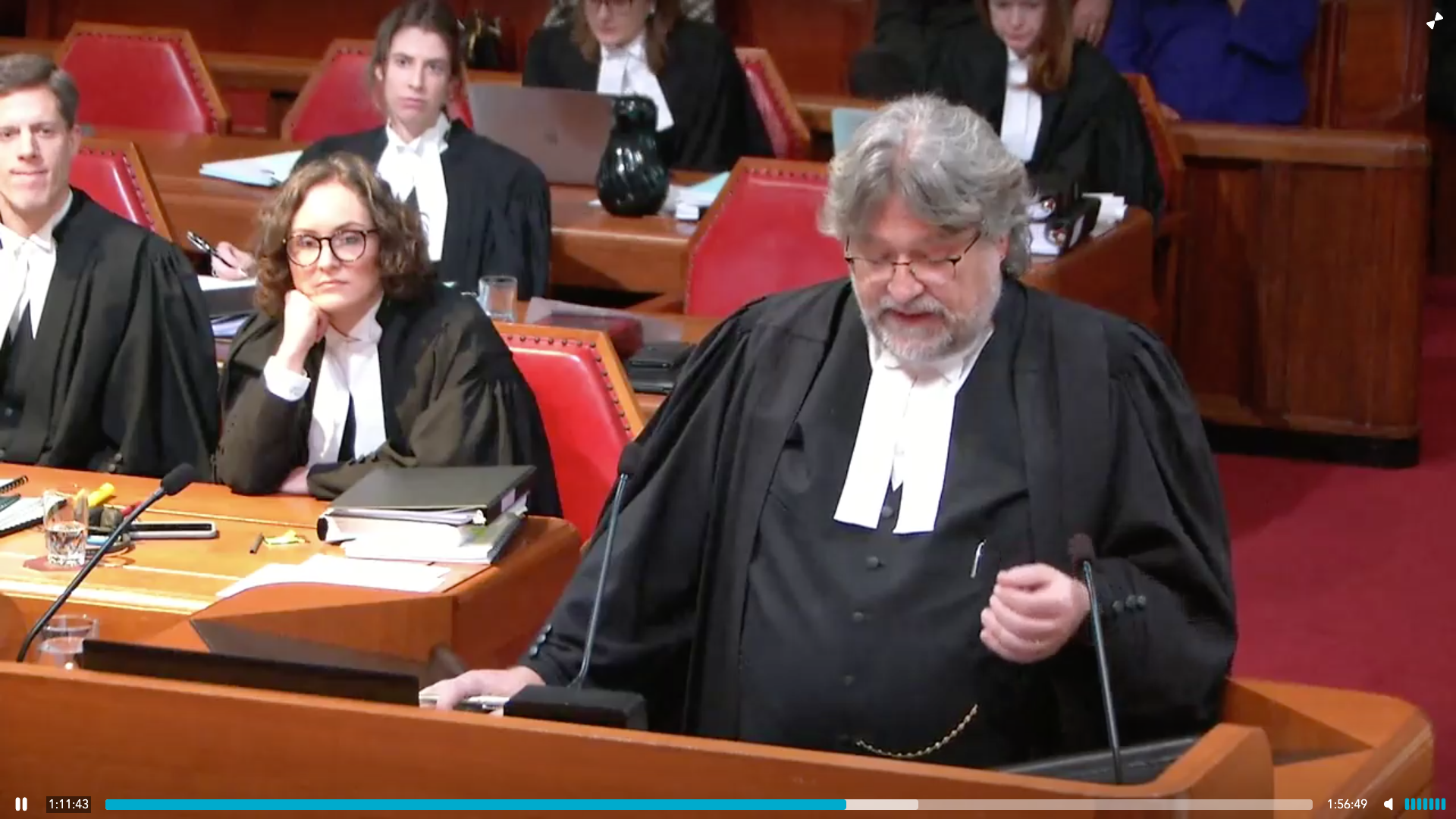 Our time before the Court passed quickly, but we are hopeful the justices heard the concerns of the Appellant and supporting intervenors like us. Stay tuned for the Court’s decision and an update from Pivot.

A very sincere thank you to counsel for the Appellant, Sarah Runyon (of Marion and Runyon) and Garth Barriere, for their skillful argument on this important issue, and of course to David Fai, who joined us in arguing this case and always supports our efforts.

We are incredibly grateful for opportunities like this. Appearing before Canada’s top Court doesn’t happen every day and we appreciate the support you give to make these efforts possible. When you make a gift to Pivot, you ensure that we can continue to push the law forward in meaningful and systemic ways.