"This book should be read not only by those who have a specific interest in Canadian histories and social justice movements but by anyone interested in the abolitionist and revolutionary potential of the Black Lives Matters movement more broadly."
- ANGELA DAVIS

"Part of what makes this book so unique is that Maynard compiles attention to children in the welfare system, gender, sexual violence and immigration as a form of state sanctioned violence in Canada."
- review by AFROPUNK

State Violence in Canada from Slavery to the Present is a comprehensive account of nearly four hundred years of state-sanctioned surveillance, criminalization and punishment of Black life in Canada. While highlighting the ubiquity of Black resistance, Policing Black Lives traces the still-living legacy of slavery across multiple institutions, shedding light on the social and historical forces behind Black poverty and unemployment, racial profiling, police violence, disproportionate incarceration, immigration detention and deportation, exploitative migrant labour practices, disproportionate child removal and the school-to-prison pipeline.

Robyn Maynard is a Black feminist author, grassroots community organizer and independent scholar based in Montréal. She has been a part of movements against racial profiling and police violence for over a decade and has an extensive background in community work doing harm-reduction outreach. 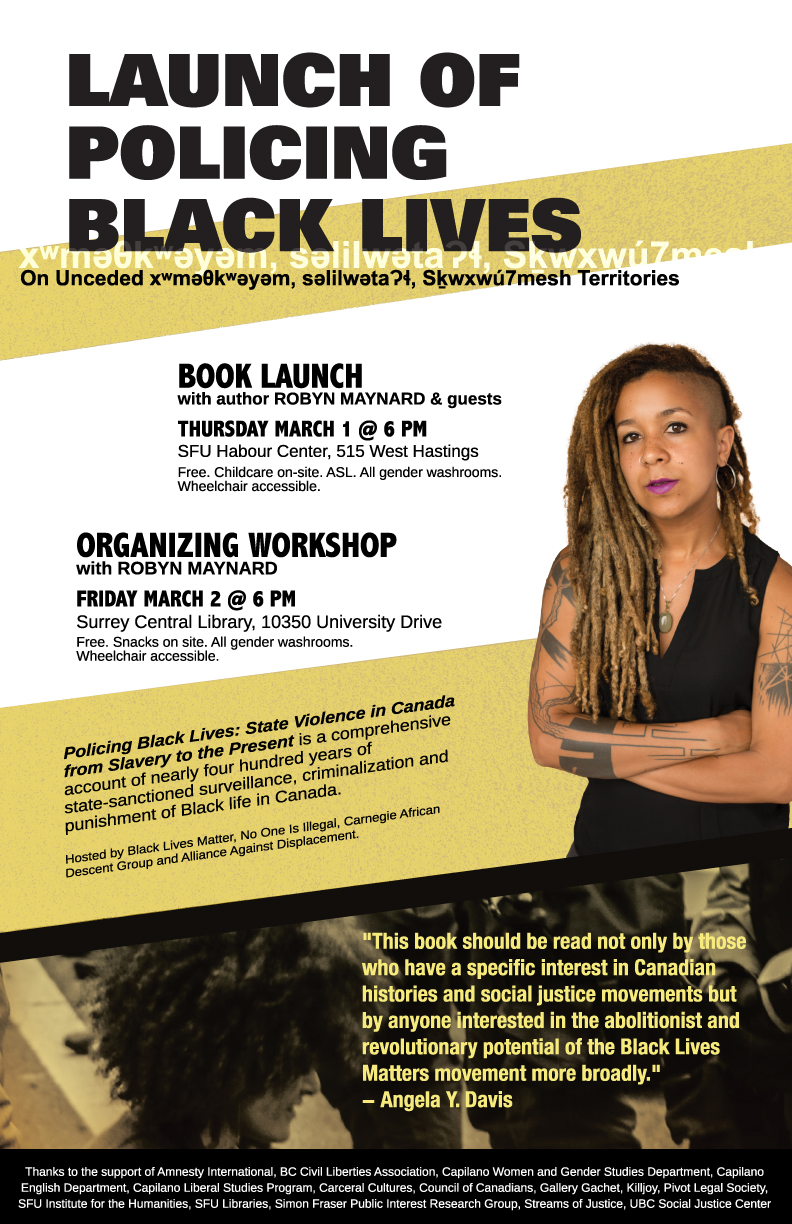