A group of community, advocacy and legal organizations, including BC Association of Aboriginal Friendship Centres, BC Poverty Reduction Coalition, Pivot Legal Society and Carnegie Community Action Project, call on the newly formed BC Housing & the Vulnerable Populations Working Group to immediate facilitate housing for all unhoused residents of British Columbia. 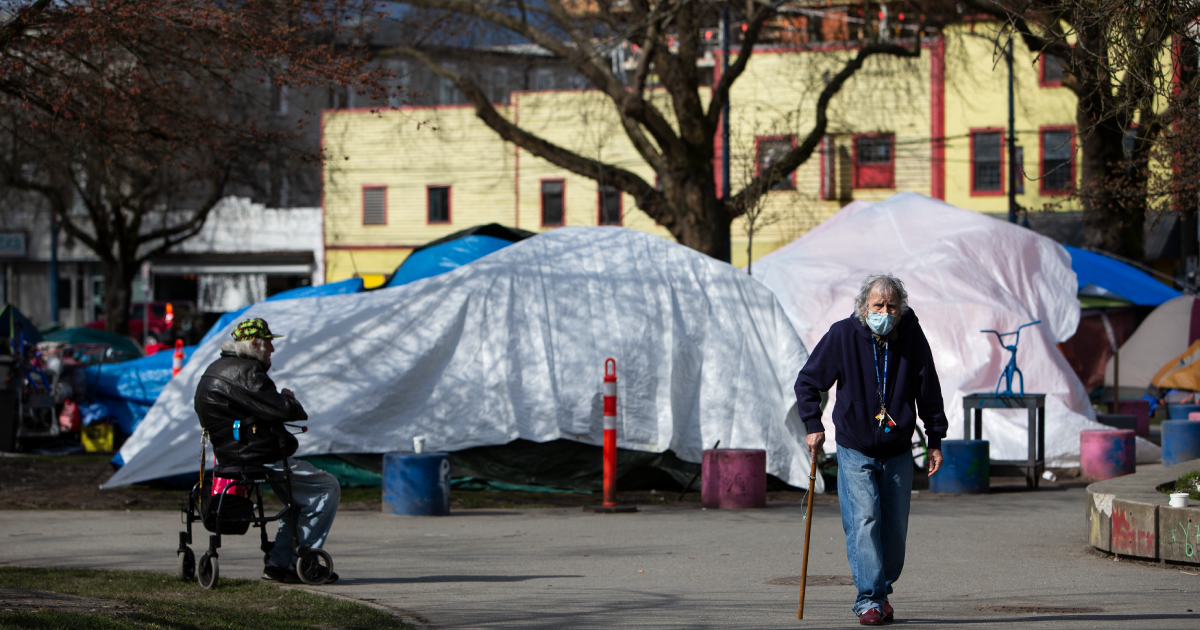 Vancouver, Coast Salish Territories – A group of community, advocacy and legal organizations are calling on both municipal and provincial leadership in British Columbia to use all available powers to rapidly house every resident that does not have housing.

READ the open letter: Call for Immediate Action to use Emergency Powers to House all Unhoused BC Residents

The open letter cites emergency powers legislation enacted by the City of Vancouver, the Province and the Provincial Health Officer as vehicles for rapid and collaborative action to house more than 7500 unhoused residents in BC immediately.

Recently the Province announced 900 units to help vulnerable people to self-isolate during the COVID-19 pandemic. The groups stress that a more aggressive plan is needed to meet the urgency of thousands of unhoused residents who are unable to self-isolate or practice physical distancing, creating further health safety risks for a population already vulnerable to chronic health issues.

Viveca Ellis of BC Poverty Reduction Coalition says that thousands of empty rooms throughout BC could be housing people right now. “The province has clear and direct authority to make use of public or private property for use to respond to this pandemic. There is no reason we should not be using every available resource to house people and prevent infection and death. There is no time to wait”

Leslie Varley, executive director of BC Association of Aboriginal Friendship Centres points out that “a disproportionate number of Indigenous community members are impacted by homelessness throughout BC and leaving them out at risk to COVID-19 is a violation of our commitment to the Universal Declaration on the Rights of Indigenous People (UNDRIP). We must act now; their lives are at great risk.”

The letter which is endorsed by BC anti-poverty, advocacy and legal organizations, lists immediate steps governments must take to meet their human rights obligations under both local and international law. The list includes immediately procuring and providing self-contained hotel, motel or other rooms with access to running water and hygiene supplies.

“We have demonstrated that as a province we can be nimble and decisive in responding to this pandemic. If this were an earthquake, the doors would already be open. It should not take us longer to respond because people are already homeless.” explains Anna Cooper, a staff lawyer working on homelessness at Pivot Legal Society. “We are asking that our municipal and provincial leaders take decisive action now and house people en-masse.”

Minister of Public Safety and Solicitor General, Mike Farnworth, has powers under the Emergency Program Act (EPA) to acquire and use any land or property required to mitigate the impacts of COVID-19.  The EPA supersedes municipal states of emergency in BC, except in the case of City of Vancouver, where City Council has enacted similar emergency powers.

Fiona York, the Carnegie Community Action Project coordinator insists this is not the time for half measures: “People need housing now, not after they’re infected. Hundreds of the “housing” units the province has made available are in fact beds in community centers for people who are already infected and recovering from COVID-19. It’s important to make these spaces available but that is not adequate housing with access to safe sanitation. People want to protect themselves and their communities before it’s too late.”

Based on a 2018 Homeless Count, 7655 BC residents were unhoused and sheltering outdoors. This includes over 200 children under the age of 19. These numbers are decidedly underestimations as they do not account for thousands more who are precariously housed.