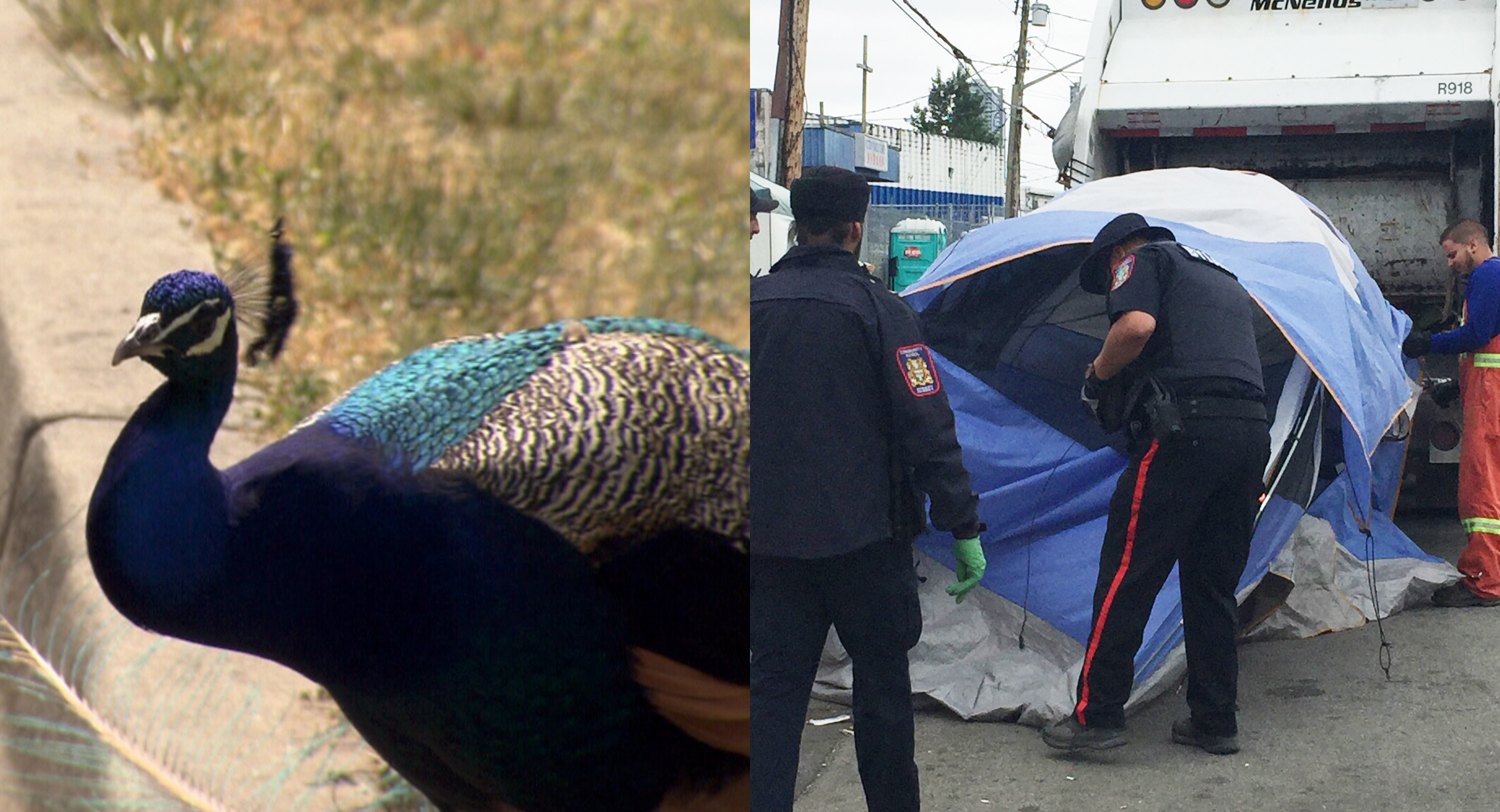 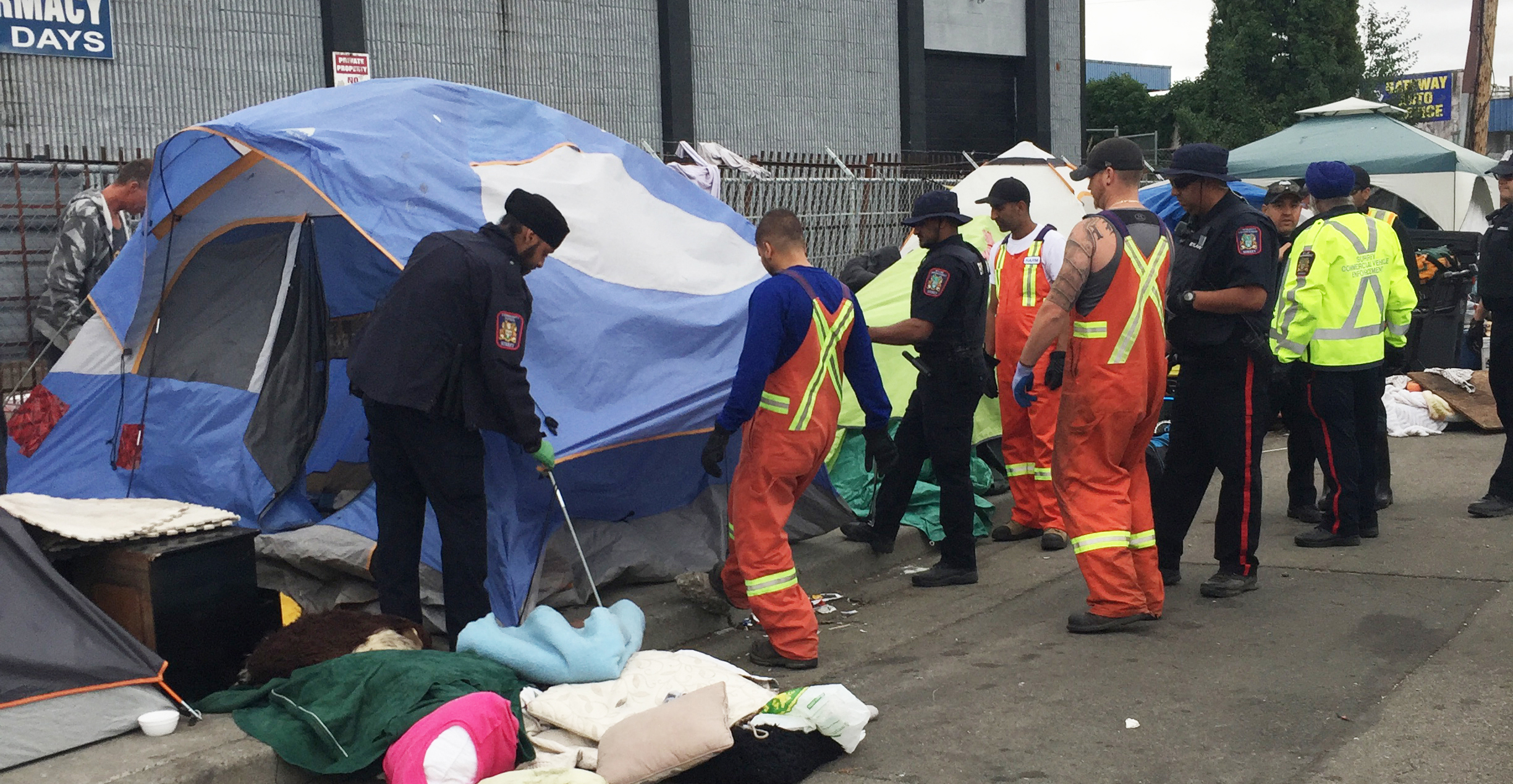 135A is mostly quiet at the moment as some are being moved into modular homes today. #surreybc pic.twitter.com/24kBm1jf86

When my colleague and I spoke with residents of 135A, we learned that some had been offered housing, but many of the people we spoke with were offered temporary shelter beds. These were the people who were most upset that day. They have been telling workers that shelter accommodations are inadequate for years, but when it was time to clear the Strip, many were not given any new options. 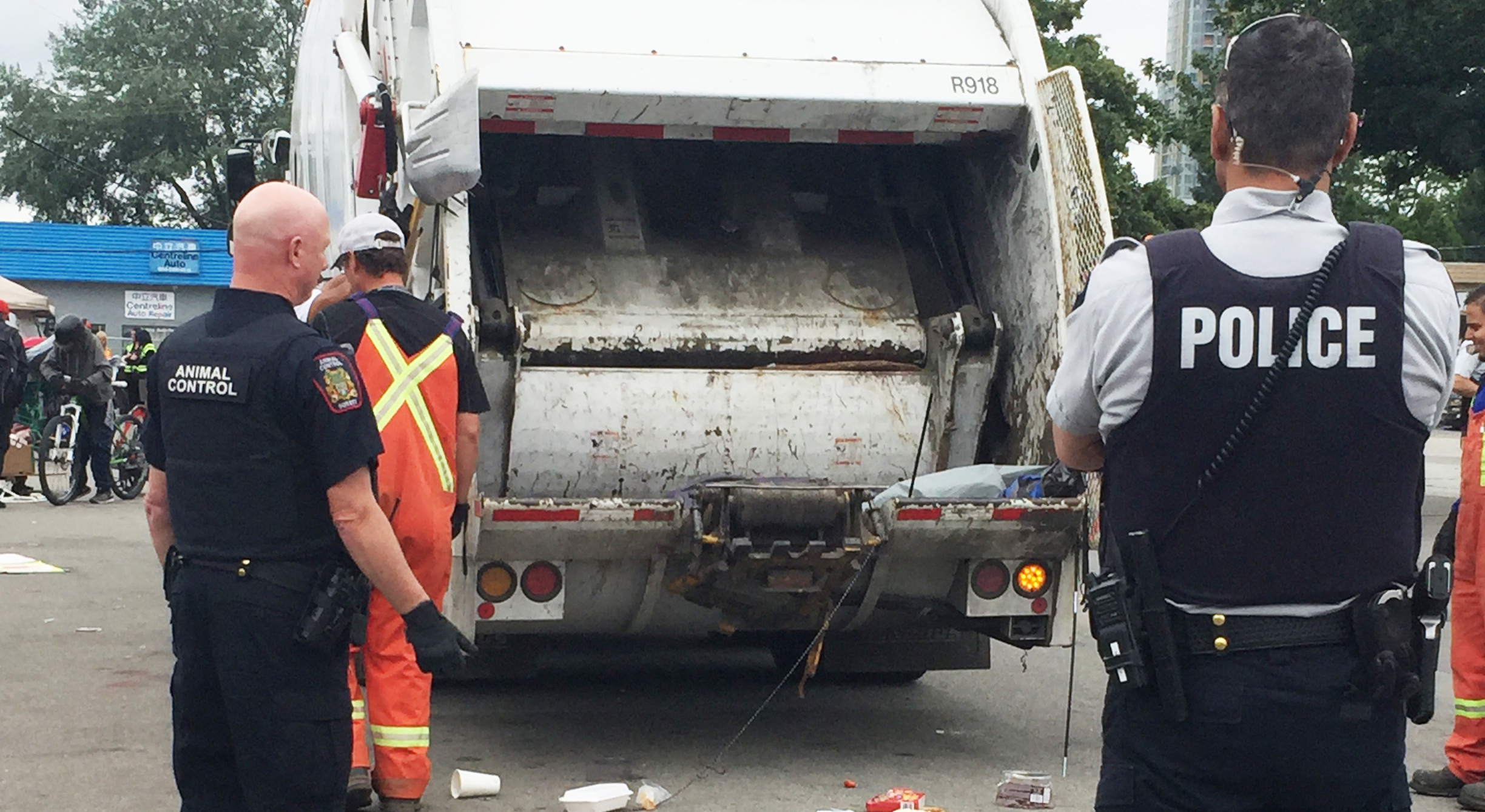 The City’s eviction of the Surrey Strip coincides with another issue deeply affecting the City’s residents: peacocks and peahens that have run afoul of the Sullivan Heights community. Peafowl have called the area home since 2006; and since 2010, residents have been complaining about noise, excrement, and property damage. For eight years, the City did not directly intervene. In May, the problem hit the news when a local resident cut down a tree in his yard that served as a roosting spot for the birds, effectively evicting the peafowl.

The resident was fined $1,000 for doing so absent a permit. The City of Surrey went on to recognize that the presence of the peafowl was a “complex and divisive issue” and the Peafowl Relocation Action Plan further identifies the following core principles: “humane capture and handling of peafowl; safety of area residents and pets; and immediate sustained action.” The City of Surrey has retained a certified biologist to oversee the Peafowl Relocation Action Plan, which they state may require a long-term commitment by the City. 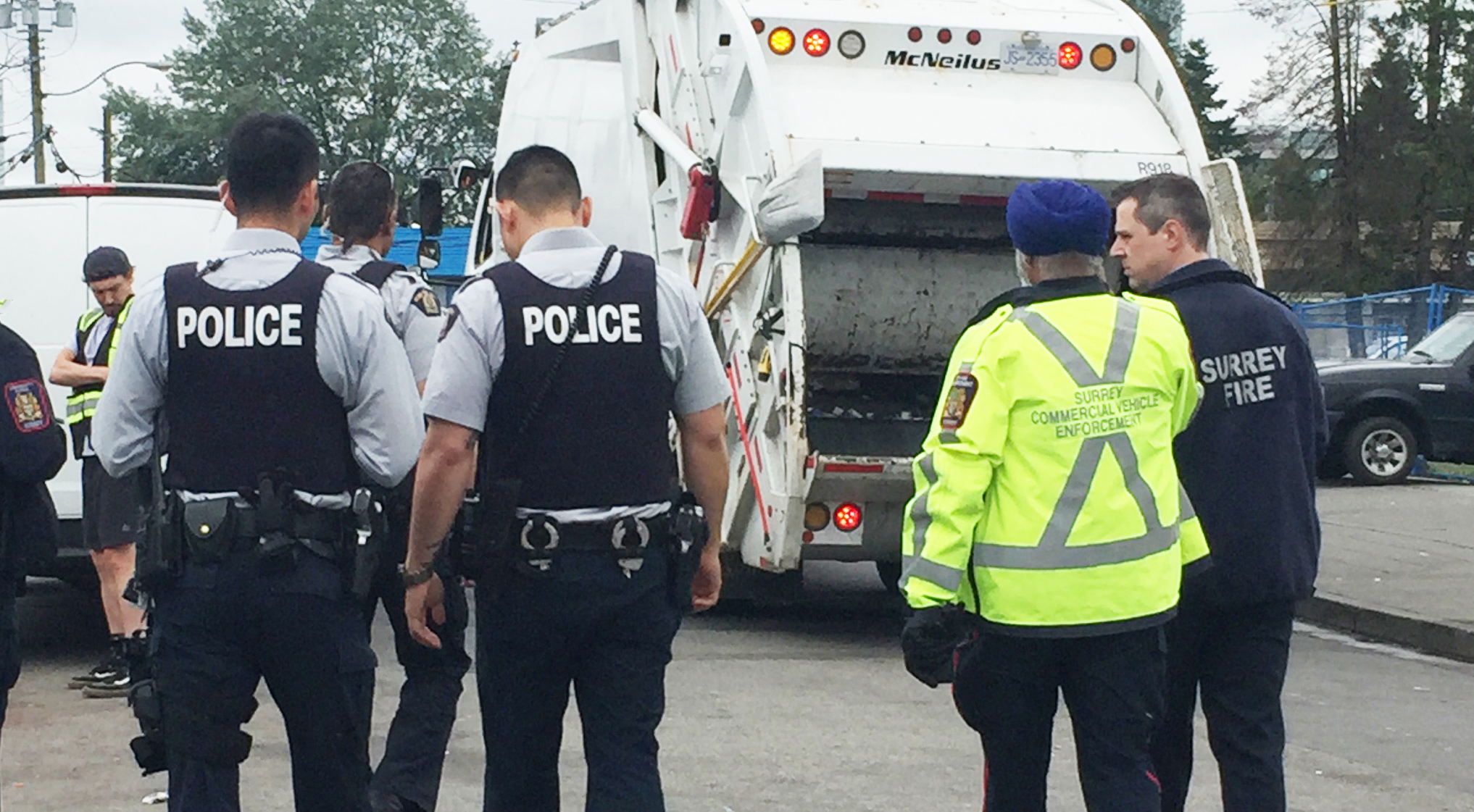 The debate around peafowl and residents of the Surrey Strip share commonalities, the main one being, that the “offending parties” are characterized as a public nuisance negatively impacting safety and property. The peacocks, however, are afforded more liberties and dignity in the course of their daily lives; so much so that in 2010, when the City sent a local expert to trap the birds and conduct a site evaluation, local residents intervened, and their actions won the birds a four-year reprieve.

No one wants to see the birds harmed, and we need some healing in this community.”

Surrey’s new Peafowl Relocation Action Plan involves fining residents who feed or house the birds. Cindy Daglish, trustee candidate for the Surrey schoolboard expressed her concerns about the strategy, stating “the plan talks about getting the peacocks out of the neighbourhood, but not where they will go. And that’s important for all in this community. No one wants to see the birds harmed, and we need some healing in this community.”

While peafowl merit compassion and humane relocation, unhoused people in Surrey are treated as pariahs. In the comments section of a local newspaper, one reader contends that “the majority of the people I've met who are in the position they are in are there as a result of poor choices or simply because they are not willing to put in the hard work or effort.”

This new society is becoming a bunch of freeloaders looking for a handout and pissed off because the government sold them out by allowing too much foreign money in.”

With respect to Ms. Daglish's comments on healing for a community divided by the health and safety of peacocks, what possible societal fissures could their presence have occasioned? Where, in a general sense from others, was this care and consideration for the actual human beings displaced from the Strip last week? People who had been corralled into 135A and subject to all manner of indignity for years. Then, in a matter of days they were told to pack up, move along, and essentially never return. 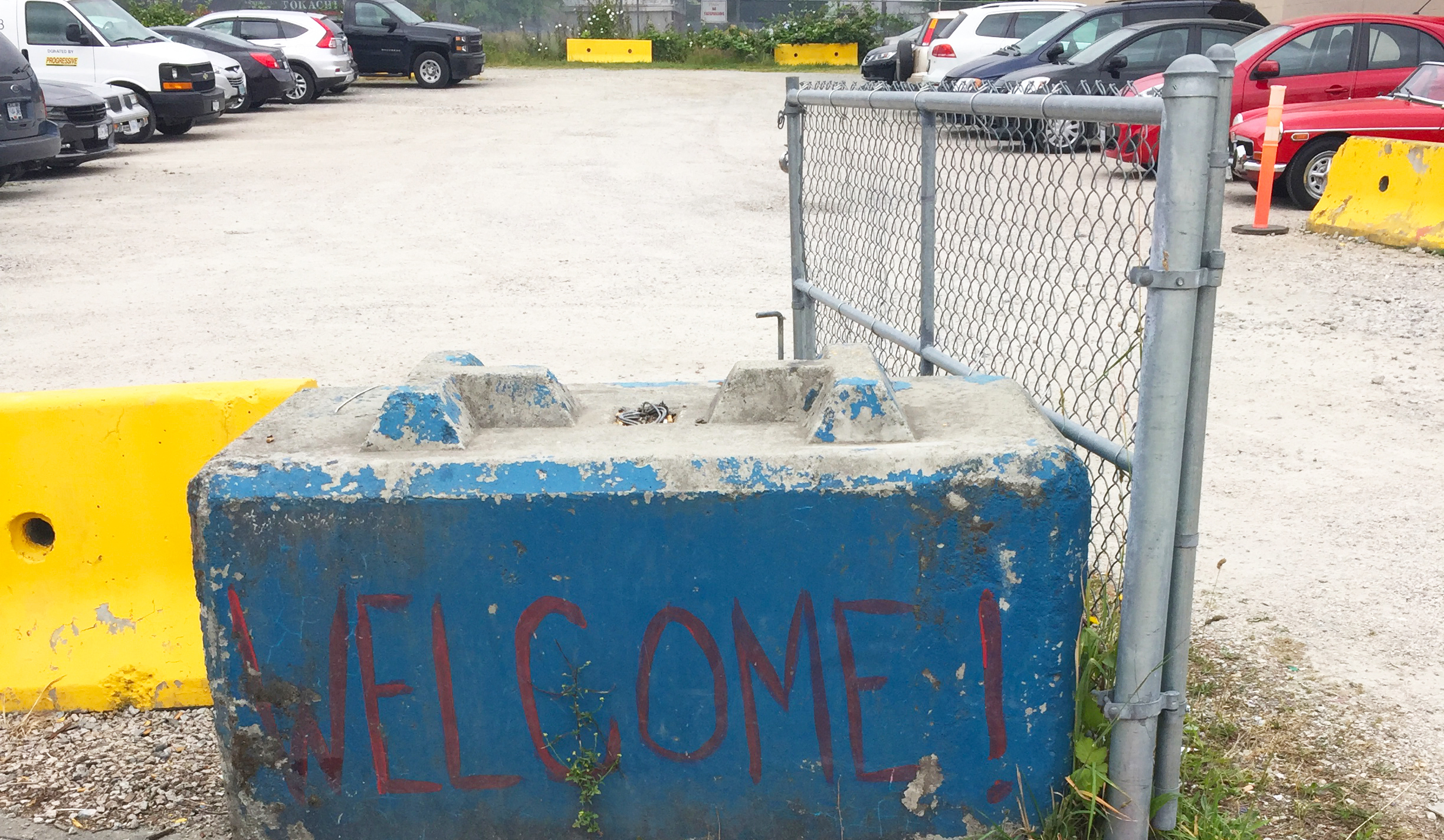 When Mayor Linda Hepner was asked what would happen if residents of the Strip refused to move from their tents, she said, “If housing is available and they won’t leave, then we’ll do something that ensures that they do.” Her comments obscure the shortcomings of the “housing” that is available to former residents of 135A. Many were offered a temporary shelter bed that does little to address the root causes of homelessness, such as poverty and addiction.

Former residents of 135A need access to affordable, permanent housing that is “home.” The intransigence of Surrey’s model of crisis response has effectively criminalized homeless people who are subject to a regime of bylaw enforcement wherever they go.

Though the peafowl’s run in Sullivan Heights is nearing an end, for many years they were embraced as friends. Actual human beings surviving along the Surrey Strip subject to all manner of discrimination and suffering were afforded no such dignity. They were cast out as criminals. Surrey has become a city where the eviction of peacocks garners more compassion than the displacement of homeless people. This is a sad statement that should force a sober moment of self-reflection from all of us.