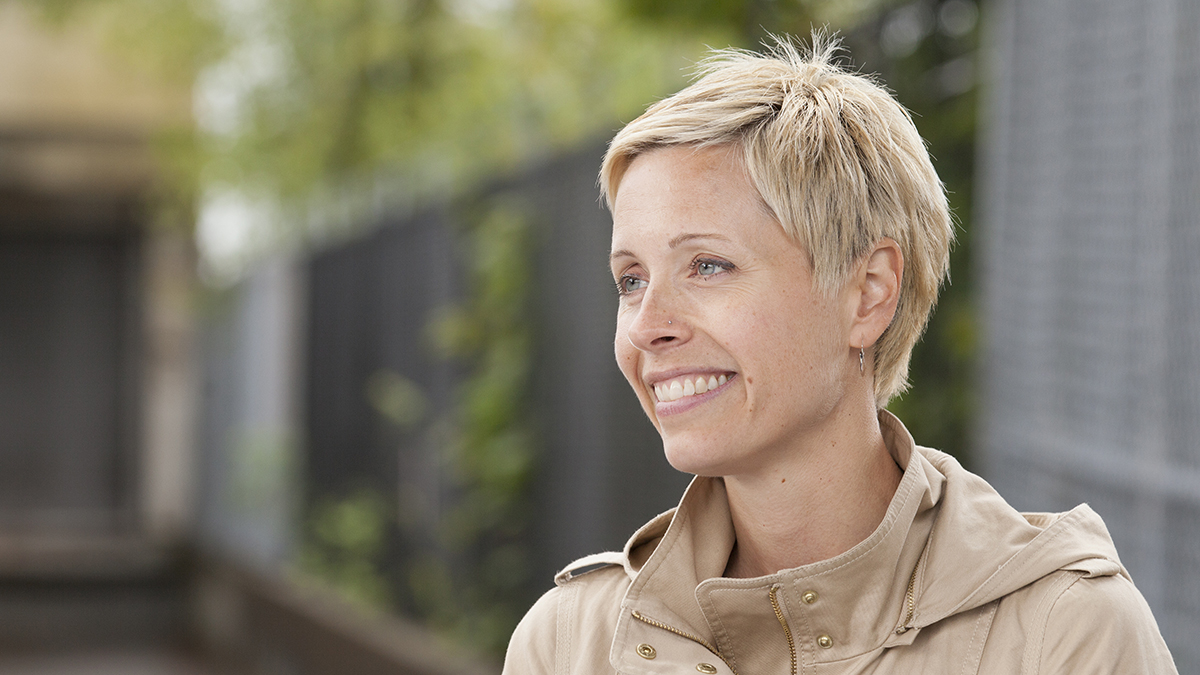 Vancouver, BC – After 17 years of dedication to BC’s leading human rights legal advocacy organization, Pivot Legal Society, Katrina Pacey will be stepping down as the organization’s Executive Director in the new year.

“After almost 17 years, it is hard to believe that I am moving on from Pivot Legal Society, an organization that I adore and believe in so deeply,” says Pacey.

I have spent my entire legal career helping to build and shape Pivot, and I am so proud to see what it has become today. Pivot is a principled, courageous, and impactful organization and I am excited to see where its exceptional staff, board of directors, and new leadership will take it in 2018 and beyond.”

Pacey began her career with Pivot in 2001 in her first few months of law school, when Pivot was a fledgling organization created in response to the health and human rights emergency taking place in the Downtown Eastside. Pacey has worked on all of Pivot’s campaigns since that time, but for more than a decade she was lead counsel on Pivot’s sex workers’ rights campaign.

As Director of Litigation, in 2013 Pacey was the organization’s lead counsel in Downtown Eastside Sex Workers United Against Violence v. Canada and Bedford v. Canada, two precedent-setting cases that went to the Supreme Court of Canada (SCC) and significantly advanced sex workers rights in the country. In Bedford v. Canada, the SCC held unanimously that Canada's sex work laws endanger the safety of individuals engaged in sex work, are unconstitutional, and should be struck down.

Pacey took over the role of Executive Director in 2014, and her passion and dedication to working with and advocating on behalf of marginalized communities made her an exceptional leader who has brought the organization to its strongest place ever.

“From day one Katrina has been an inspired and motivating force at Pivot Legal Society. Her compassion for and dedication to the communities the organization serves has helped change the face of Canada’s legal landscape,” says Siobhan Aspinall, chair of Pivot Legal Society’s board of directors.

What makes Katrina so special is both her skill as a lawyer, a leader, and passionate advocate for the communities and issues at the heart of Pivot’s mandate.”

A formal job posting will be issued in January followed by a selection process managed by Pivot’s board of directors throughout the new year. During this time, Pacey will remain with Pivot Legal Society, offering her guidance and experience as the organization looks to parlay its current momentum into a new and exciting chapter in its history.