Hundreds at risk of homelessness due to city's reckless inaction: Vancouver has ignored rotting conditions in SROs for too long 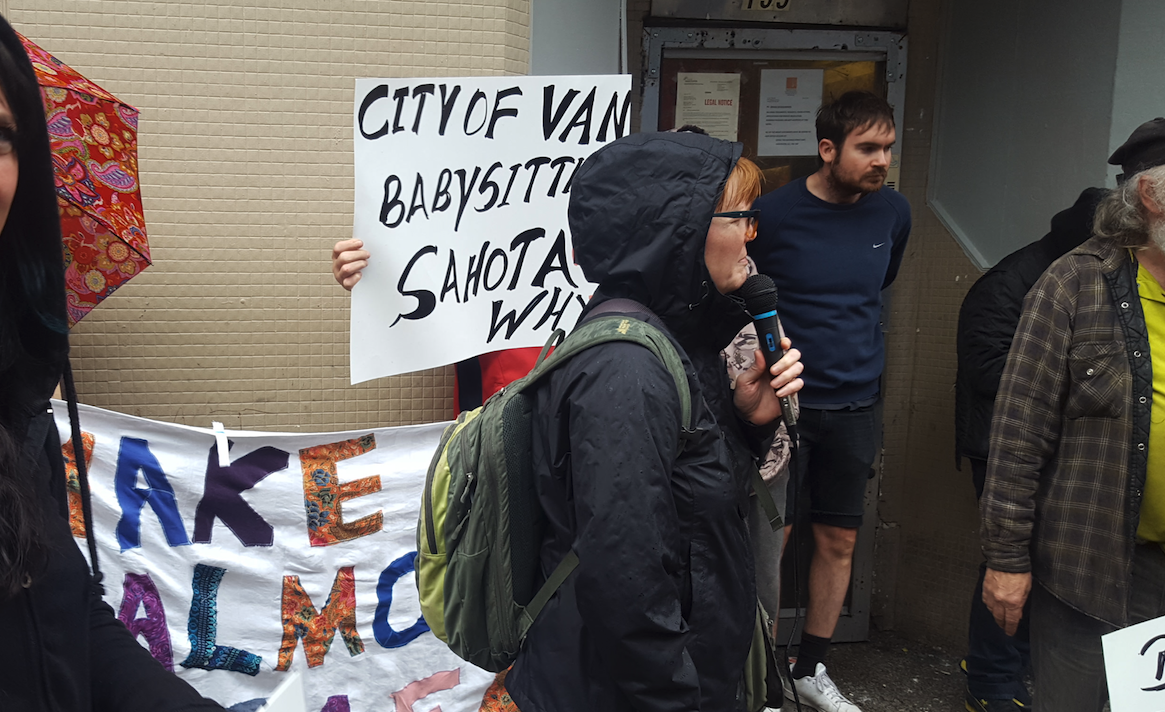 For years tenants and advocates have been calling on the City of Vancouver to improve the living conditions in some of Vancouver’s most notorious Single Room Occupancy (SRO) hotels. Today, approximately 200 tenants of the Balmoral learned that instead of protecting them and making their home safe, the City is forcing them out of their homes as of June 12th, 2017.

The Balmoral is owned by the Sahota family, which owns several low-income residential buildings in the Lower Mainland. For decades, the City has been aware of the family’s track record of refusing to maintain their rental properties.  The Sahota’s have become very wealthy by taking rent from tenants every month while allowing rodents and bugs to infest the beds and walls. These notorious landlords refuse to fix broken doors and walls, they allow the building structure to rot under tenants’ feet, and they retaliate against any tenant who dares complain.

The Balmoral is not an isolated case. In 2007, 81 tenants lost their homes on only three hours notice to vacate because the City failed to protect tenants against this predatory and abusive landlord.  In spite of stagnating income assistance rates, skyrocketing rental costs, and almost non-existent vacancy rates, the City has continued to ignore the rot beneath their nose for years. As a result of the Downtown Eastside SRO Collaborative (DTES SROC) and Carnegie Community Action Project, whose tireless advocacy has shaken the City out of complacency, City staff have turned their attention once again to the myriad of maintenance violations in Sahota-owned buildings, but it is too little too late. 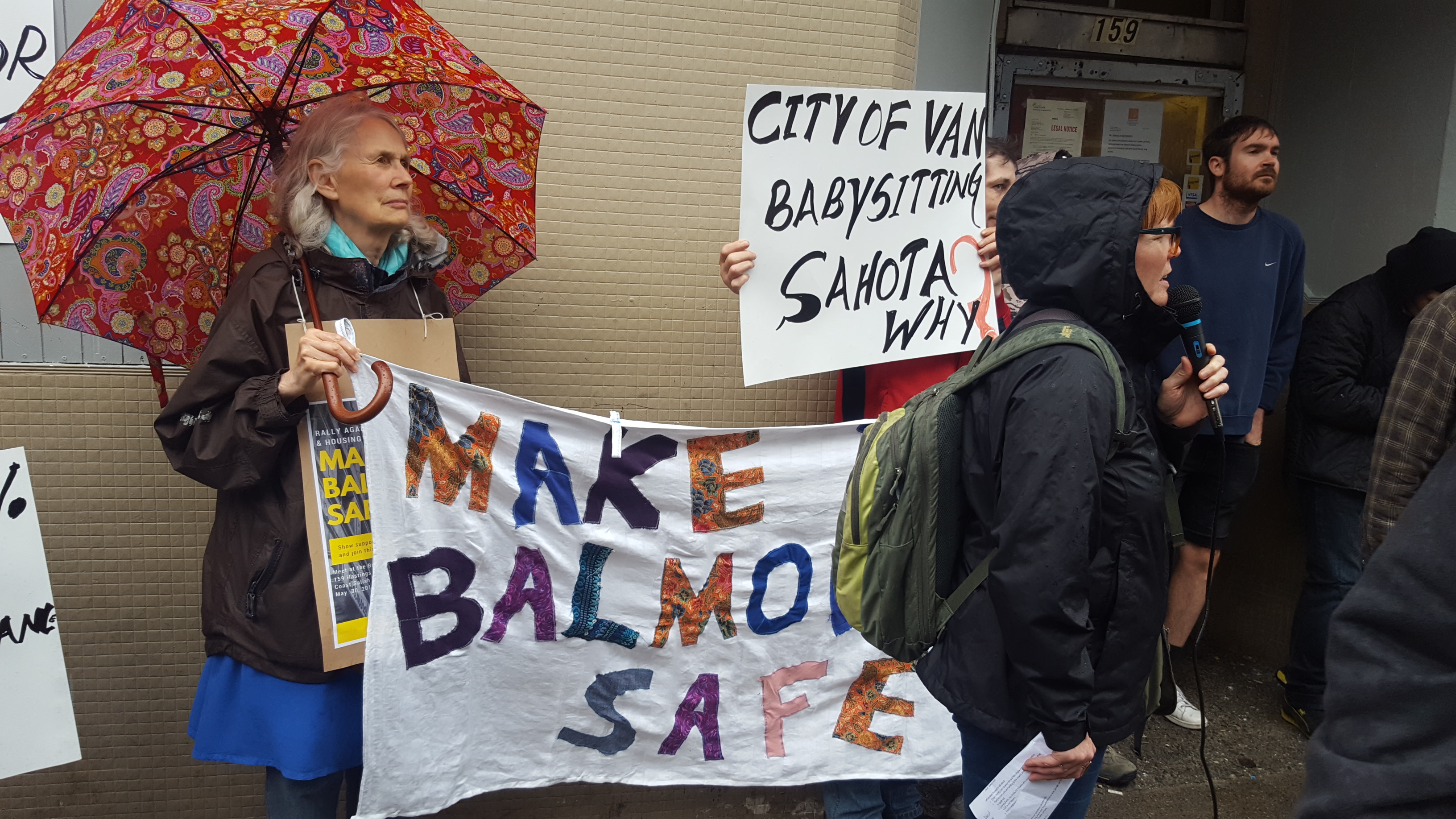 The City claims to be “looking at every possible legal and regulatory tool [they] have available to force the Sahota family to improve the Balmoral.” What they have failed to do, however, is take action under their own authority to complete the necessary maintenance themselves. Vancouver’s Standards of Maintenance Bylaw (SOM) requires that all buildings be “maintained in a structurally sound condition so as to be capable of sustaining safely its own weight and any additional load to which it may be subjected through normal use.” Among many other infractions, this is precisely what the Sahotas—under the City’s watch—have failed to do for years.

So here’s the kicker: the City had the power to fix the Balmoral and ensure that tenants were protected long ago. Under the SOM “where any building or land does not comply with standards set out in this By-law, the Council may, by resolution, order that failure to remedy any default specified in such order within 60 days after service of such order, will result in the work being carried out by the City at the expense of the owner” [emphasis added]. This is a power they have refused to exercise, allowing this building to fall into further disrepair.

None of this is news to the City. All of the residents of the Clifton Hotel were evicted in 2014 after the City failed to take action to remedy the conditions in that building. The Clifton was ignored by the City for far too long, ultimately resulting in the need to vacate the building to complete structural repairs.

Now it is happening again, and 200 of Vancouver’s most vulnerable residents are at risk of imminent homelessness. The City has stated that it is the “owners’ legal obligation to support tenants with relocation under the Residential Tenancy Act,” but that “the City, BC Housing, Vancouver Coastal Health, tenant advocates, and other community partners will provide supplemental support to help tenants find alternate housing and get access to other supports.” For the record, owners have no legislated responsibilities whatsoever under the Residential Tenancy Act to support tenants with relocation.

Further, “supplemental support to help tenants find alternate housing and get access to other supports” means very little when tenants have only $375 a month for rent and Vancouver’s vacancy rate consistently hovers below one percent. At the time of publication the City has not responded to our request for details on what supports and housing will be offered to tenants. 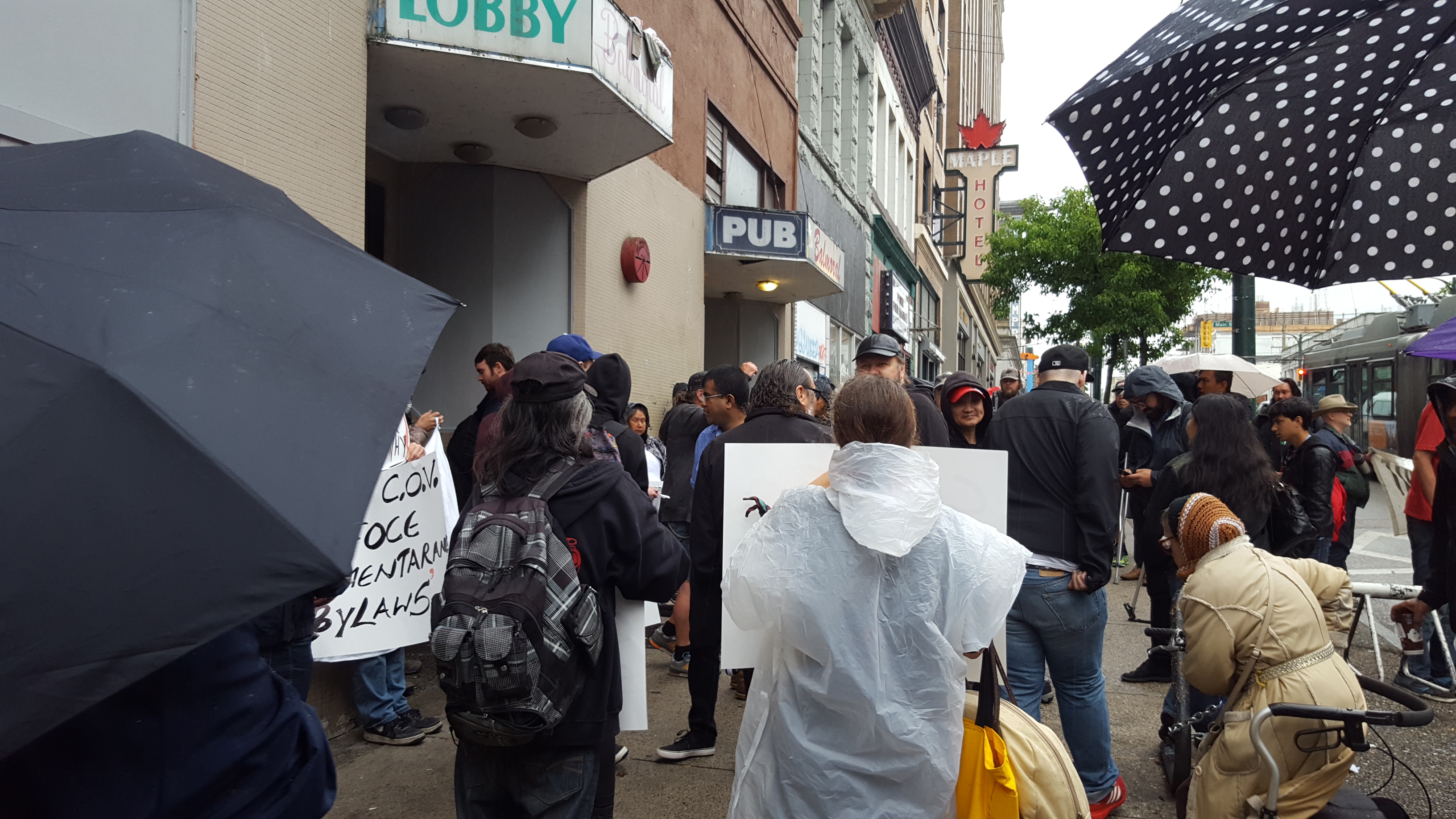 (At a housing protest outside the Balmoral Hotel, residents demanded the Province and City pay for repairs and bill the owner)

It is well past time to heed the calls of advocates and take swift and concrete action. To address this crisis, the City must:

Relying on Vancouver’s most notorious slumlords to protect their tenants has not worked in the past, and it will not work in the future.  The City of Vancouver has made the bold promise to end homelessness. It has constitutional, human rights, and civil law obligations to their constituents. And it is the City that should have acted years ago and that needs to act now.

Now is the time for bold and swift action to protect tenants, we cannot wait while tenants’ rooms rot out from under them.