How the mandatory victim fine surcharge harms communities: Our fight at the Supreme Court 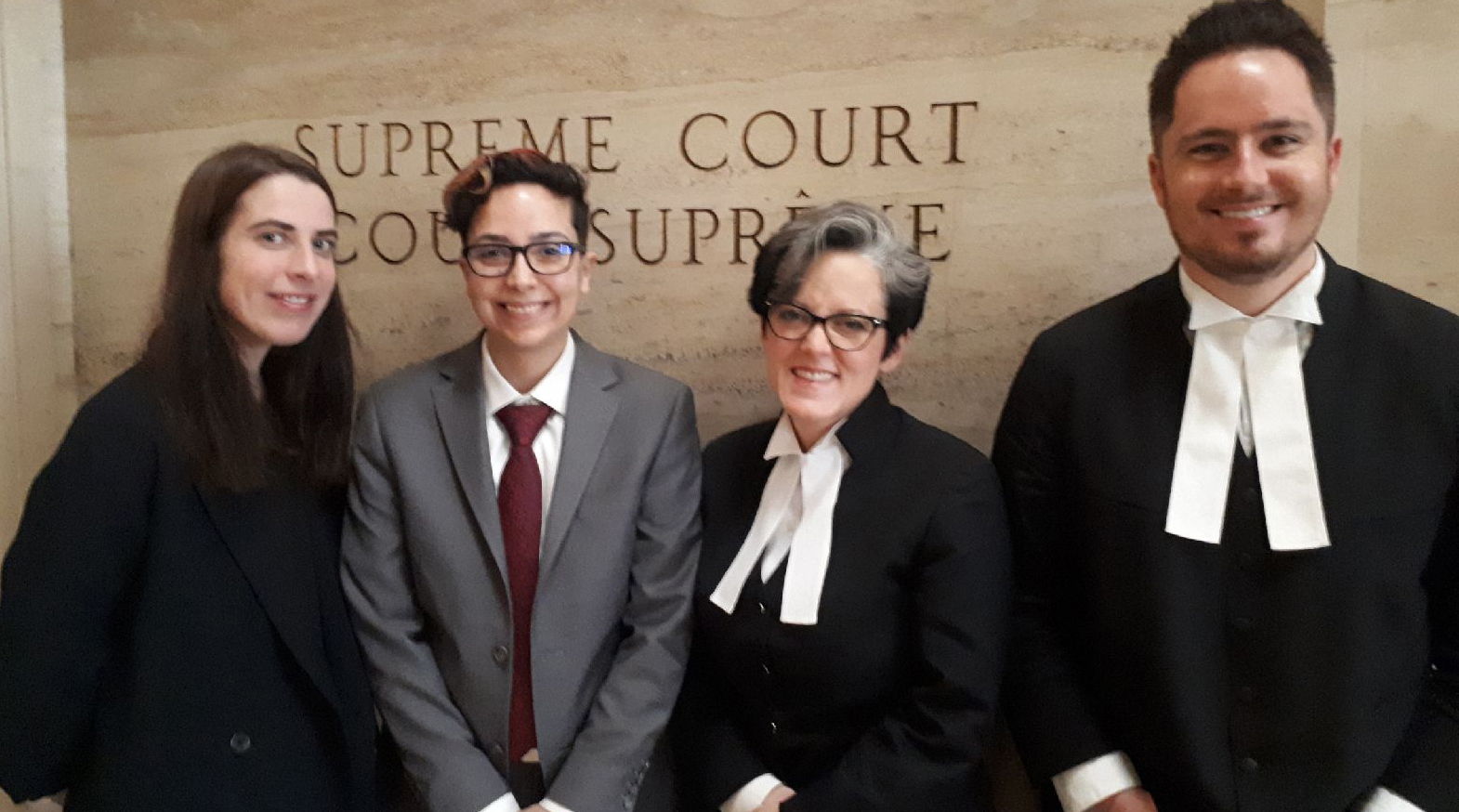 Last week the Supreme Court of Canada was asked to strike down the mandatory victim fine surcharge because its effects are cruel and infringe upon people’s rights to liberty and security of the person. Four appellants, all absent the means to pay these mandatory fines, challenged the law because it subjects them to perpetual criminal sanction, threatens to incarcerate them for non-payment, and deepens the inequality they already experience.

Pivot, with the help of our friends at Rosenberg Kosakoski, demonstrated to Canada’s nine top justices exactly what that harm looks like.

The Surcharge: What is it?

A vestige from Harper’s tough-on-crime era, s. 737 of the Criminal Code requires every person convicted of any criminal offense to pay a post-sentencing fine of at least $100 per offense. Payment is mandatory and uncompromising, regardless of the severity of the offense and the circumstances of the offender (including inability to pay).

Many of Pivot’s clients incur multiple surcharges for committing low-level and victimless offenses. A person with court conditions prohibiting substance use and the possession of drug paraphernalia, for instance, could easily incur $200 in surcharge fines if found to be using drugs and carrying harm reduction supplies, such as clean syringes. Given the lack of privacy afforded to people who are homeless and precariously housed, it is not uncommon for surcharges to mount astronomically and disproportionately.

The view from BC: What we told the Court

Graham Kosakowski, making submissions on behalf of Pivot, took to the podium with one goal: ensure that the Court understood  that the impacts of these fines and way they are collected in BC are nothing less than cruel and unusual punishment, a clear violation of s12 of the Charter.

In BC, trial judges routinely impose a sentence of jail time in lieu of payment where an offender is without means. Despite legislation and case law explicitly prohibiting incarceration on the basis of indigence, this practice is commonplace because it is better than the alternative: imposing fines in perpetuity on people who cannot pay and forever threatening them with arrest for non-payment.

Evidently unaware such a practice was occurring in courtrooms across the province, the Court appeared to be taken aback by this information. When presented with over 100 trial court decisions (the result of a sleepless night of work by co-counsel Naomi Moses) featuring BC’s unique judicial ‘workaround,’ Justice Moldaver inquired with incredulity, “Has anybody ever taken a run at this?” The answer? “I'm doing so now, sir," replied Graham, after which a ripple of laughter swept across the bench. He is nothing if not a bit cheeky. 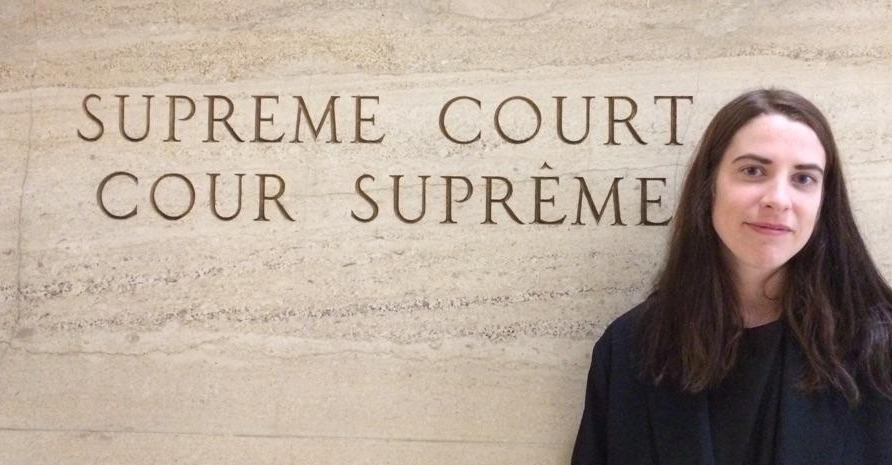 Our submissions went on to illustrate that for many, a day in jail (up to 52) is the least of evils that can flow from the imposition of the mandatory surcharge. It is a means to preclude poor offenders from the devastating effects of surcharge debt—an act of mercy rather than malice in the context of a regime that prohibits judicial discretion to waive the penalty.

To pay or not pay: The harms are the same

For persons on income assistance, debt from a single surcharge amounts to nearly a third of their monthly income. Against the backdrop of BC’s woefully low social assistance rates, this financial penalty makes it even harder to buy food, pay rent, support children, and ensure basic necessities. This is especially true, the Court learned, given BC’s civil enforcement mechanisms, which can result in seizure of assets and garnishment of wages and social safety net funds.

Even where an individual does not pay the fine, fear of arrest for non-payment can turn some people’s lives into a protracted penalty—the cost of which is the sacrifice of crucial strategies to protect one’s own health and safety. 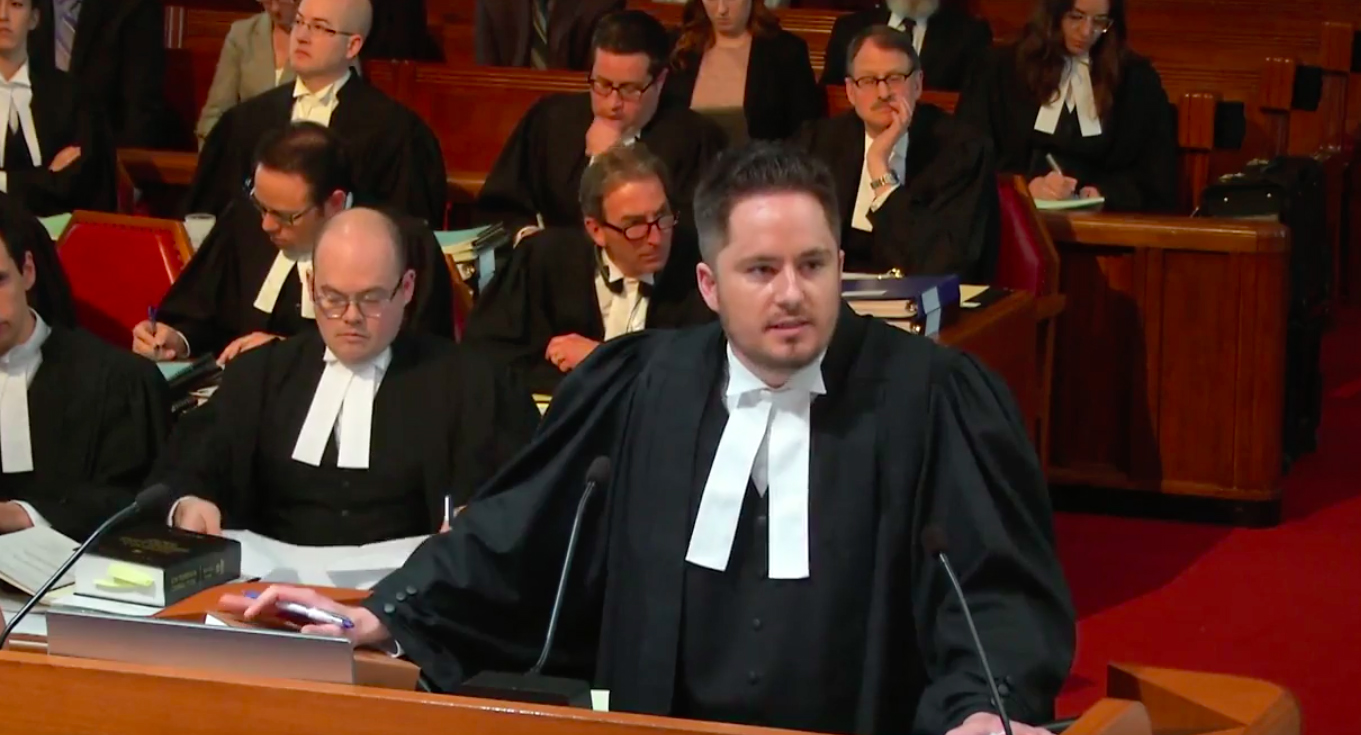 With only five minutes to make all of our submissions, fielding questions from the justices, and with seconds left, Graham made sure to remind the Court of what fearing arrest means to the communities Pivot works with: a denial of the ability to carry out the health and safety strategies they rely on. As the Supreme Court found in Canada (AG) v Bedford, fear of arrest means sex workers were forced to forgo important safety tactics in the course of work, such as client-screening and wage negotiation. And later, in Canada (AG) v PHS Community Services Society, the Court found that people who use drugs will do so away from service providers and harm reduction resources (such as Insite) in order to avoid police detection.

These consequences are unconscionable and unjustifiable. When the Harper government made the surcharge mandatory, they created a system wherein a judge who concludes that imposition of the surcharge would constitute cruel and unusual punishment for a particular offender no longer has the discretion to waive it.

Five minutes passed in the blink of an eye, but we are confident that the time Pivot had before the Supreme Court of Canada left all nine justices deeply aware of the cruelty of this law. We hope the Court agrees with us, and we look forward to their decision.

Representing the voices of marginalized communities at our country’s highest court is an incredible honour and an exceptional undertaking. Opportunities like this cannot be missed, especially because of financial constraints. When you make a gift to Pivot, you’re ensuring that we can prepare and be present in the courtroom no matter what. Donate to Pivot today so that marginalized voices and experiences are heard in our justice system.