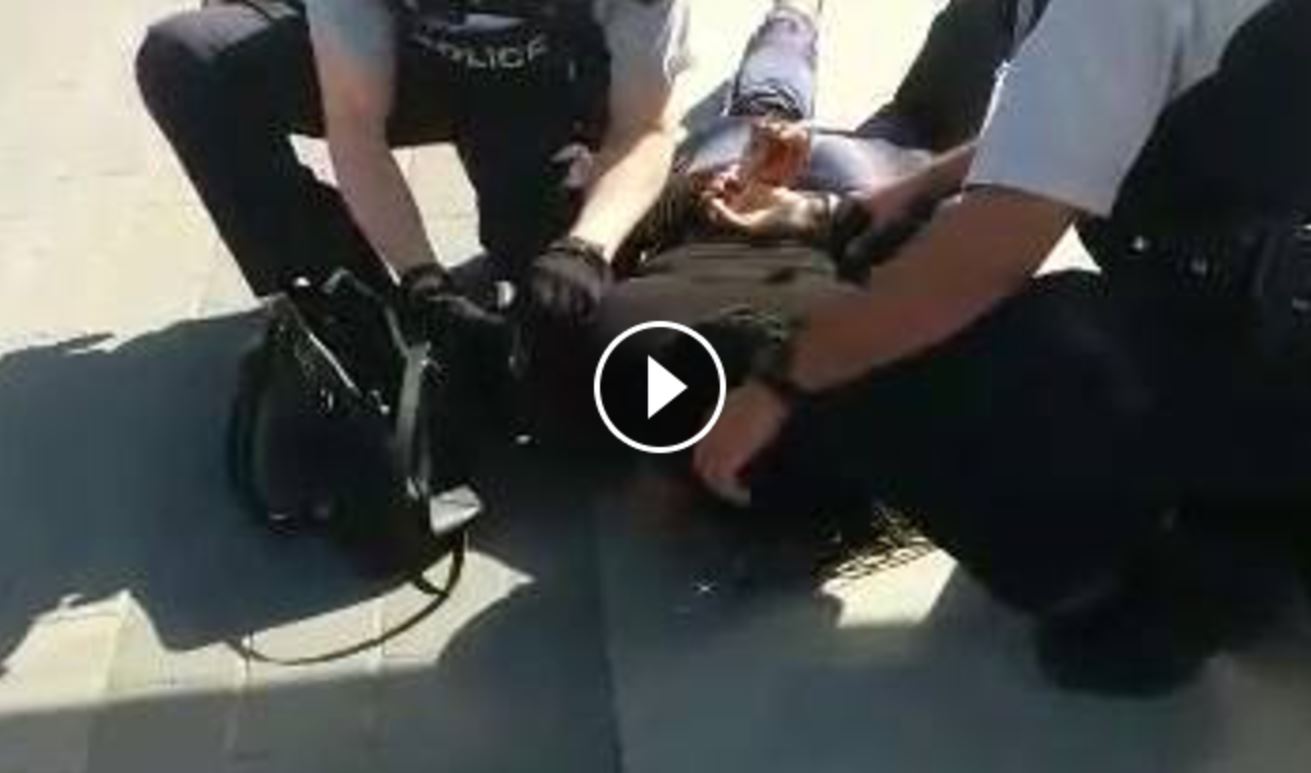 Last month Toronto Star columnist and advocate Desmond Cole disrupted a meeting of the Toronto Police Services Board after it refused to destroy personal information obtained through street interrogations of citizens. The practice of “carding” (also known as “street checks” in British Columbia, and “stop and frisk” in New York City), has become one of the most important issues in policing over the last five years.

Despite calls from marginalized communities and politicians to end the practice; despite judicial decisions questioning its constitutionality; and despite seemingly endless stories about its damaging effects, police refuse to believe that carding could be a bad thing for our country.

“I plan to stand here in protest until you commit today, here and now, to restricting the police having our information going forward. You want to ruin another generation of children’s lives, and I’m not going to allow you to do it.” - Desmond Cole

Last month our office concluded a seven-day trial into the arrest of Solomon Akintoye, arguing that police unlawfully detained and arrested him as he walked down a Vancouver street. 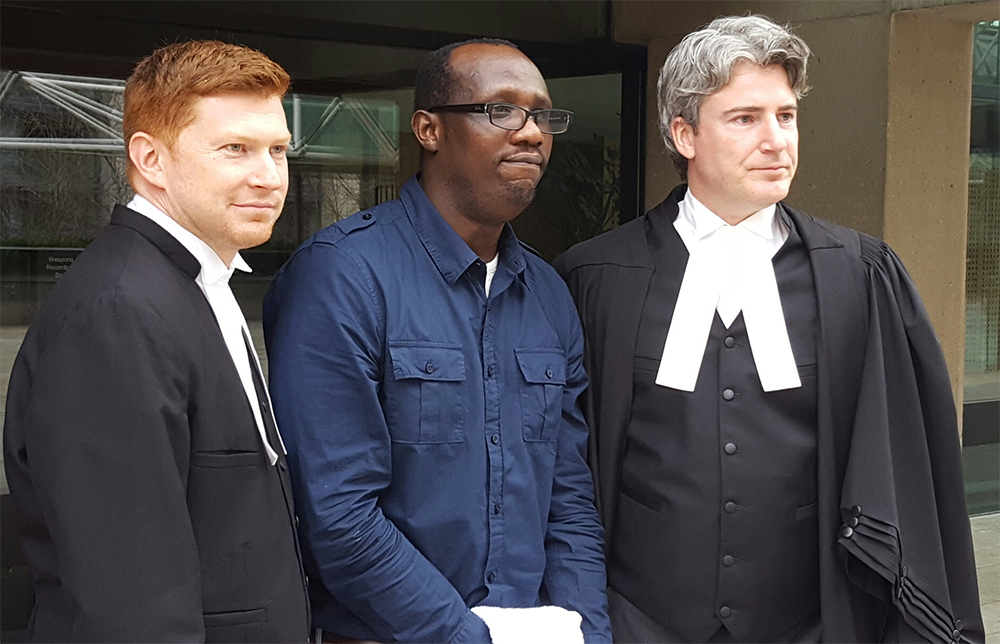 Adamant that he was someone she had spoken to over six months prior who potentially had an outstanding warrant, a VPD officer stopped Mr. Akintoye and asked him to confirm his identity. He did, but she did not believe him. Instead he was told to take his hand out of his pocket by another officer, and when he complained about his detention and the commands he was being given, he was thrown against the hood of a police cruiser and arrested.

In 2011 when Charles Riby-Williams was approached by a police officer in a SkyTrain station while waiting for a friend and asked to identify himself, he complied. When the officer checked his name in the police database and it came up showing no criminal record and no negative police encounters, the officer decided he must be lying about who he was. The officer arrested him for obstruction, and had it not been for the malfunctioning of the officer’s taser, deployed after multiple blows from his baton were rained down on Charles in an effort to subdue him, he might not have survived the encounter.

These are not isolated incidents. Throughout our work over the last fifteen years on police accountability we have seen a theme played out multiple times. More often than not it is a Black or Aboriginal person subjected to a street check, and often it results in a police officer refusing to believe that individual when they identify themselves, or perceiving a threat that is ultimately proven to be unfounded. Even if that person fully cooperates and responds to police questioning the presence of bias in the interaction itself can often lead a police officer to dramatically escalate the situation.

A recent report created for the Toronto Police Services Board by renowned criminologists Rosemary Gartner and Anthony Doob was meant to put the issue of street checks to rest once and for all. Tasked with analyzing the potential benefits of street checking individuals with the potential adverse effects, the report made some strong recommendations, ultimately finding:

“the evidence that it is useful to stop, question, identify, and/or search people and to record and store this information simply because the police and citizens 'are there' appears to us to be substantially outweighed by convincing evidence of the harm of such practices both to the person subject to them and to the long term and overall relationship of the police to the community.”

And there is clear evidence to show that lack of criminal behaviour, or any criminal background, in young Black men does not prevent police from stopping them, dispelling the myth that police only stop people engaging in suspicious behaviour. In a survey of Black teens from Toronto high schools about street checks, cited by the Doob-Gartner report, it was found that 27% of Black youths with no involvement in criminal activity were stopped by police compared to 4% of their White counterparts, leading the authors to conclude: “good behaviour does not protect Black youth from police contact to the same extent that it protects White youth”.

But still police departments like Toronto and Vancouver, which is currently working on a policy around the use of street checks, maintain that the practice should continue. They refuse to believe. 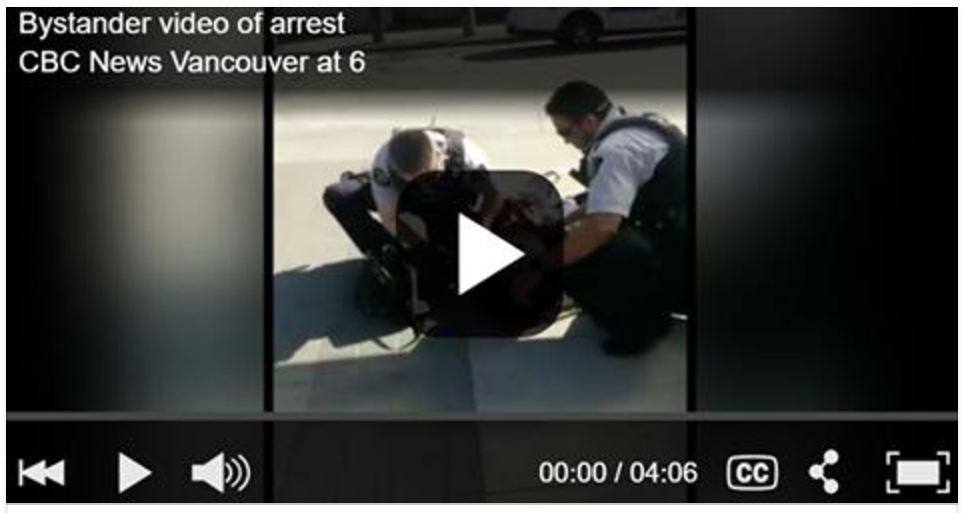 Two weeks ago, a young girl of Haitian descent stood at a bus stop in Surrey with no reason to think she was about to be targeted by police. She had done nothing wrong, but still two police officers approached her and claimed she was someone she wasn’t. They said she was wanted on a warrant under the Mental Health Act, and that her name was LaToya.

She did what anyone else would do: She told the officers that she was not that person, gave them her real name, and offered to provide identification. But instead, the officers grabbed her and threw her to the ground. Her hands were wrenched behind her back and placed into handcuffs, with one officer holding her down while the other rifled through her belongings.

After confirming she was not the person they claim they thought she was, the young girl, just 16 years old, was released. No apology, no assistance, just the aftermath of another police officer refusing to believe for no apparent reason that the Black person in front of them was telling the truth.

It's time we believed.