Care Not Criminalization: How the case of Bobbi O'Shea changed the way we look at our intoxication laws

When Bobbi O’Shea called for help while suffering an anxiety attack, she set off a chain of events that would forever change her life. Taken to jail and bound in a restraint device for over an hour, Bobbi left the Vancouver Jail angry and hurt. But because she refused to back down and continues to seek justice against the jail guards who harmed her, her perseverance could change how others in similar circumstances are treated.

Seven years ago Vancouver police answered Bobbi’s call for assistance, but rather than take her to a hospital, they took her to jail. At trial last month in provincial court, where Bobbi is suing for damages, one of the officers testified that she was incarcerated because she admitted to drug use before the onset of the anxiety attack and because the Vancouver Detox, where people are sometimes taken for medical care, was closed at the time.

Inside the jail Bobbi asked repeatedly to be watched over by a female guard, but says her requests were ignored. When she tried to cover the window of the cell so she could use the toilet without being watched by the male guard, she was handcuffed and later placed in a restraint device known as the “hobble”.

The hobble device binds a prisoner’s feet together with a strap while they are seated on the floor with their legs outstretched. The strap is then pulled underneath the cell door and tethered on the other side. 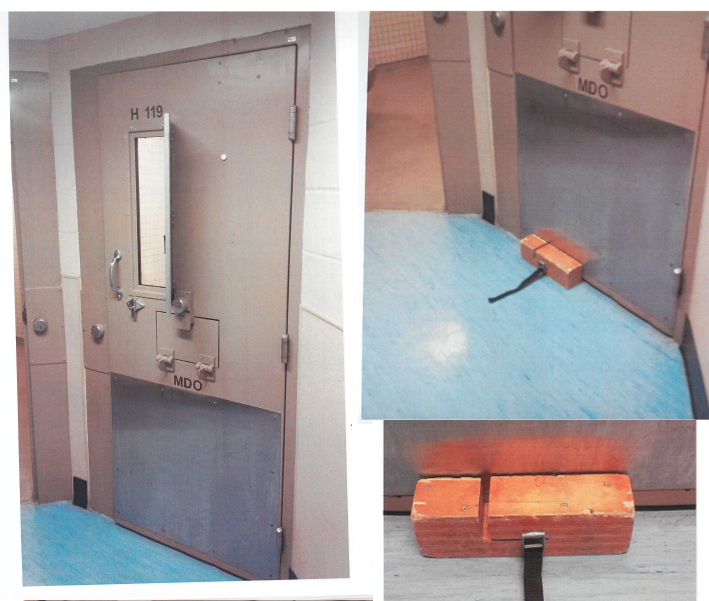 If you recognize the name “hobble” it might be because this isn’t the first time its use has come under scrutiny. In 2005 a Victoria teenager named Willow Kinloch was placed in a hobble restraint for four hours, that when revealed publicly caused widespread alarm and condemnation. Kinloch ultimately sued and was awarded $60,000 for her treatment.

In Bobbi’s case, she testified that the device was tightened so much that she was placed in excruciating pain, and felt as if her feet were going to be ripped from her legs. 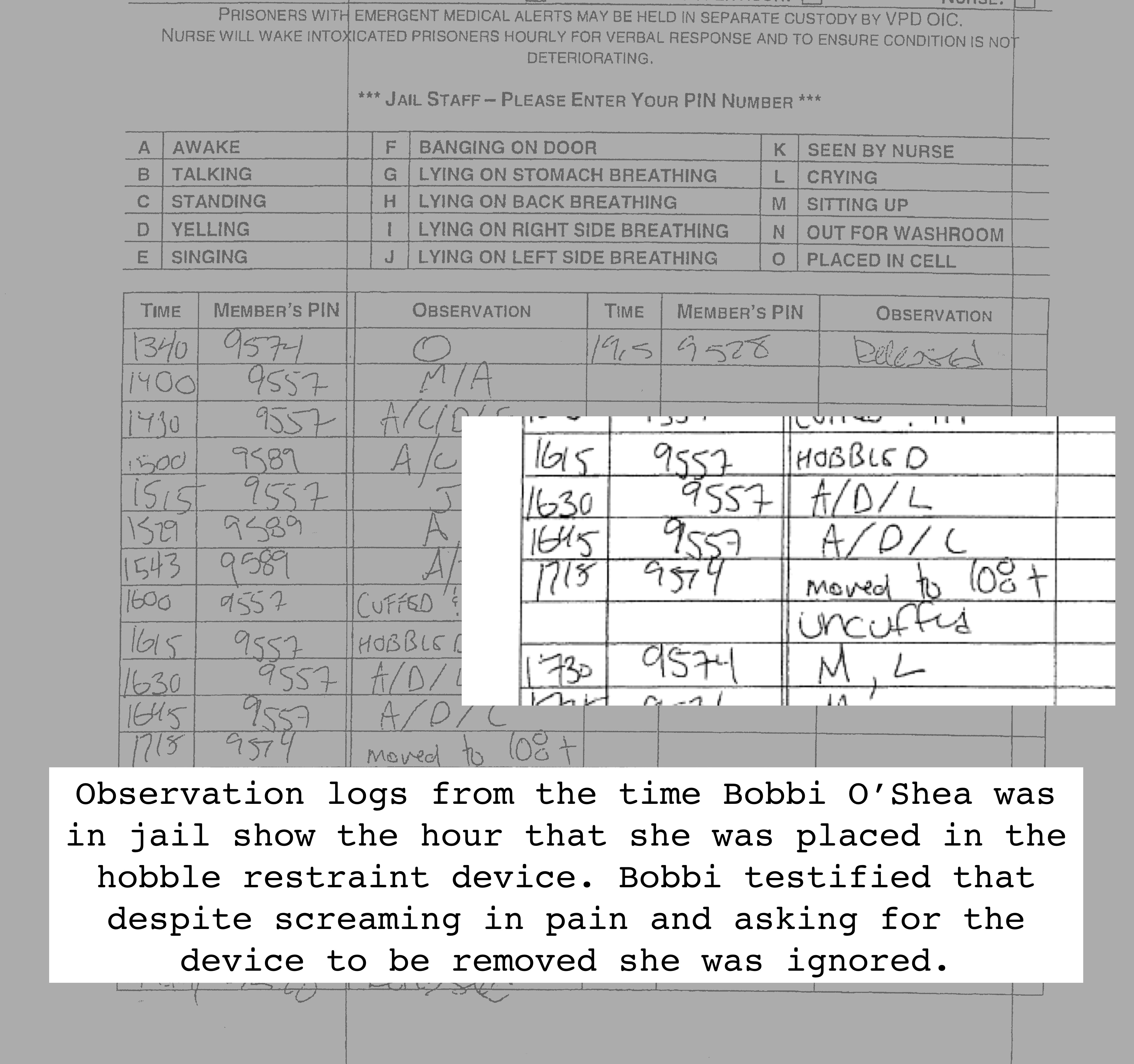 Not surprisingly, after Kinloch's lawsuit, the Victoria police department chose to discontinue the use of the hobble device in their jails. The Vancouver police have continued to use the device.

Last month the court heard final arguments (Claimant's Argument/Defendant's Argument) in Bobbi’s case, which focused on deficiencies in the Vancouver Police Department’s policies on when force can be used in the jail and how police deal with people who are intoxicated.

Here is some of what we learned:

While we wait for judgment in this case, we continue to lobby the provincial government and Vancouver Coastal Health for a full-time sobering centre that is accessible to anyone arrested under our provincial intoxication laws.

Taking people to jail when they need care is not the answer, and can lead to horrible results as we saw in Bobbi’s case. Vancouver Coastal Health recently committed to the creation of that facility, in line with the recommendations of the inquiry into the death of Frank Paul, but it is estimated that the consultation and construction process alone will take at least a year, possibly more.

Bobbi’s case should cause the VPD to reflect on their policies regarding the use of restraint devices, and prevent their use against non-violent prisoners like Bobbi. Being in a state of addiction, intoxication, anxiety, or depression is not a crime, and it’s time for the VPD to hand over the care of these citizens to health care professionals, in a facility catered to their needs.