More than ten years ago, John Richardson and I stood on the corner of Main and Hastings, handing out “Rights Cards” to folks as they walked by. I had just completed my first year of law school, and our small Pivot team had just completed our first project – a wallet-sized card that told people about their legal rights in relation to police. I will never forget that day. I felt like my legal education was already so useful, and I was part of something really impactful. I saw so clearly  how Pivot could serve as a powerful reminder to the residents of the Downtown Eastside that they have rights; rights that are protected by Canada’s highest laws. And even if the police disregard those rights, the women and men that I spoke to on that day reminded me that knowledge is power and now they had both.

Early this morning, as I walked out of the CBC building after my first interview of the day, I saw a text message from my mom that said “Well done, Trine. I remember a younger you giving out cards!”

I thought back to those early days and, yet again, felt so fortunate to be doing this work.

The “Know Your Rights” card that Sex Workers United Against Violence and Pivot launched today was a bit different than the card that Pivot created in 2002. The purpose of the new Rights Card is to educate sex workers about the Vancouver Police Department’s recently enacted Sex Work Enforcement Guidelines.

The card, which can be downloaded here, makes three key points: 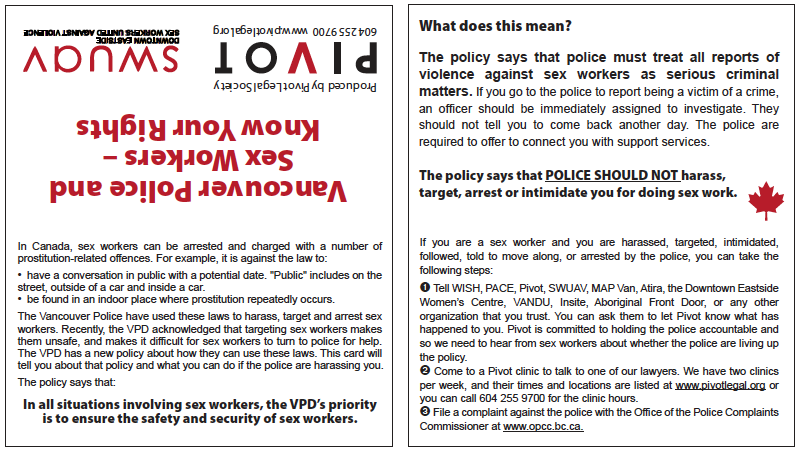 The Sex Work Enforcement Guidelines came into force last month, and they represent an important shift away from criminalizing sex workers towards ensuring sex workers have access to police protection. The complete policy can be found on the VPD’s "Policies and Initiatives" page on their website, but here are a few key excerpts:

“When responding to sex work-related calls or situations, the Vancouver Police Department’s priority is to ensure the safety and security of sex workers. Police calls regarding violence against sex workers are a priority for assessment and response.”

“Historically, there has been little trust between sex workers and the police. Sex workers have often been hesitant to call police if they were in trouble because of a fear that they would be arrested or experience discrimination by police.”

“Sex work involving consenting adults is not an enforcement priority for the VPD.” 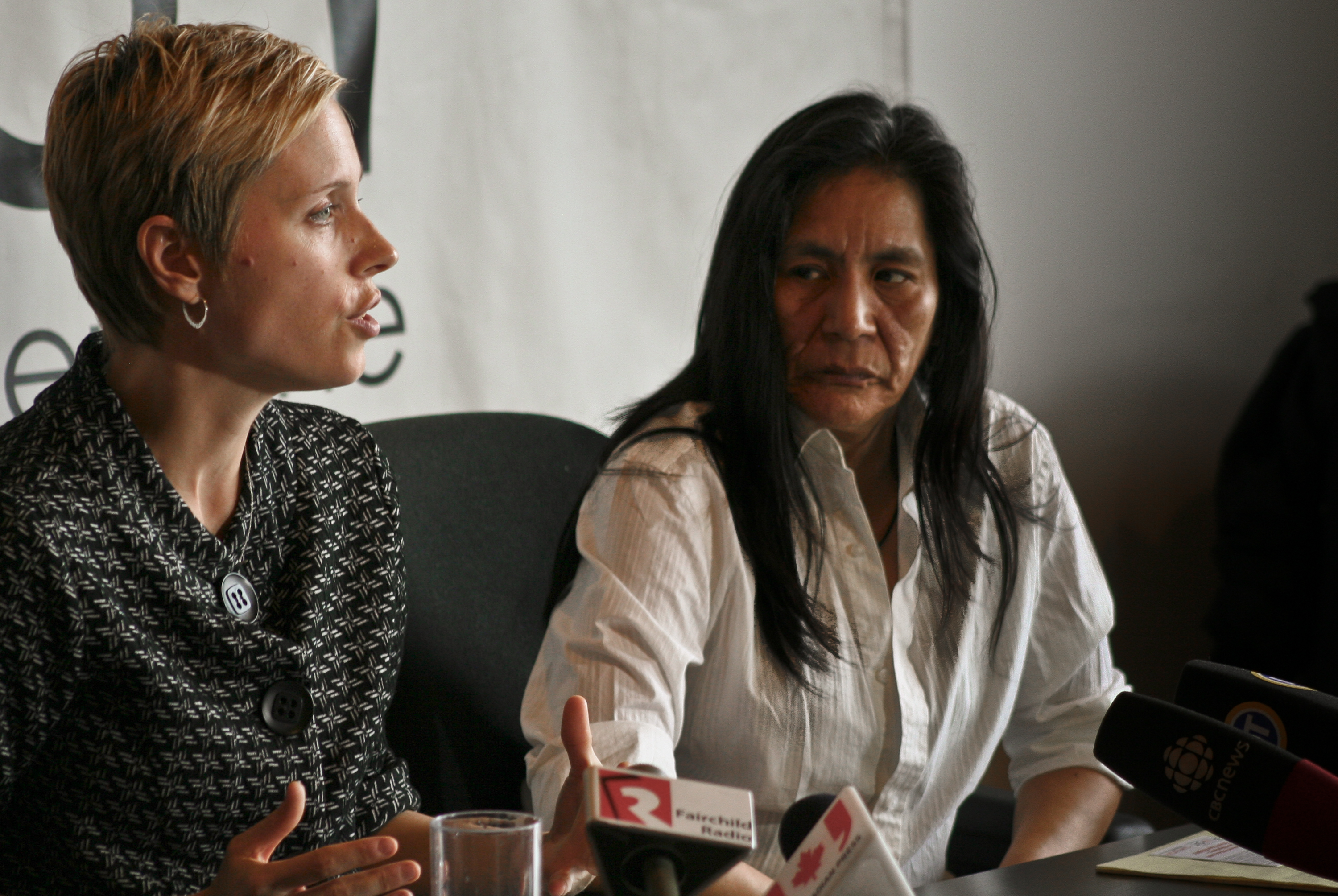 These policy statements recognize that criminalization of sex work makes it difficult, if not impossible, for sex workers to access police protection. Our hope is that the policy will create a major shift among VPD officers, and that their policing practices become focussed on the critical issue of sex workers' health and safety.

At the press conference, as I sat beside DJ from SWUAV, I thought about the ten years that sex workers and allies have been asking for this shift in enforcement practices. I thought about the fact that, for a decade, DJ and I have struggled together in the fight for rights and safety for sex workers. I thought, how could it be that change is so painfully slow? But as I watched DJ answer the media’s questions with such courage, vision and resilience, I realized that (to borrow the beautiful words of Arundhati Roy) we keep fighting for those moments when the unthinkable becomes the thinkable and the impossible really happens.

- Katrina
PS, the Vancouver Sun put together a nice little video, you can check it out here.
by Katrina Pacey