935 reasons why Canada’s "War on Drugs" has failed

When BC’s Minister of Health called a press conference last week to discuss the province's opioid-related death count, some clung to a faint hope the numbers would dip.

But the grim reality would snuff out that optimism. With respect to fatal opioid and illicit drug-related overdoses, December 2016 was the deadliest month ever, with deaths of 142 British Columbians.

“We thought we turned the corner. We really did,” said BC’s health minister, Terry Lake, who described the recent data as “a whole new chapter in this crisis.”

Almost 1,000 men and women died because stigma, lack of human compassion and antiquated drug laws criminalize people who use drugs and many of the health services intended to serve them. It’s time to rethink our approach, and there are 935 reasons why we must.

Had many of those men and women had a clean source of opioids and a safe place to consume them, their lives could have been saved. Had they had full access to harm reduction services, they would more likely have been surrounded by a network of caring humans who could support their health, safety, and connection to longer-term treatment options.

Doctors and politicians past and present have thrown their weight behind various forms of decriminalization or are at least open to discussing the idea because they recognize the shortcomings of prohibition and the need for more evidence-based, health-focused approaches to drug use.

Nowhere is that discussion more vigorous and necessary than in Vancouver's Downtown Eastside, where the opioid overdose epidemic has hit hardest and where communities have consistently taken immediate steps to save friends, family members, and neighbours, whether by establishing pop-up injections sites or by monitoring overdose "hot spots." Nevertheless, Vancouver saw 215 fatalities in 2016.

In December 2016, BC took drastic measures to address its rising death count, ordering that emergency overdose prevention sites be set up throughout the province. These sites continue to exist in growing numbers and have been saving lives since December. The City of Vancouver has also approved an additional property tax increase to fund emergency measures aimed at stemming the tide of deaths – a move, unbelievably, criticized by some councillors. 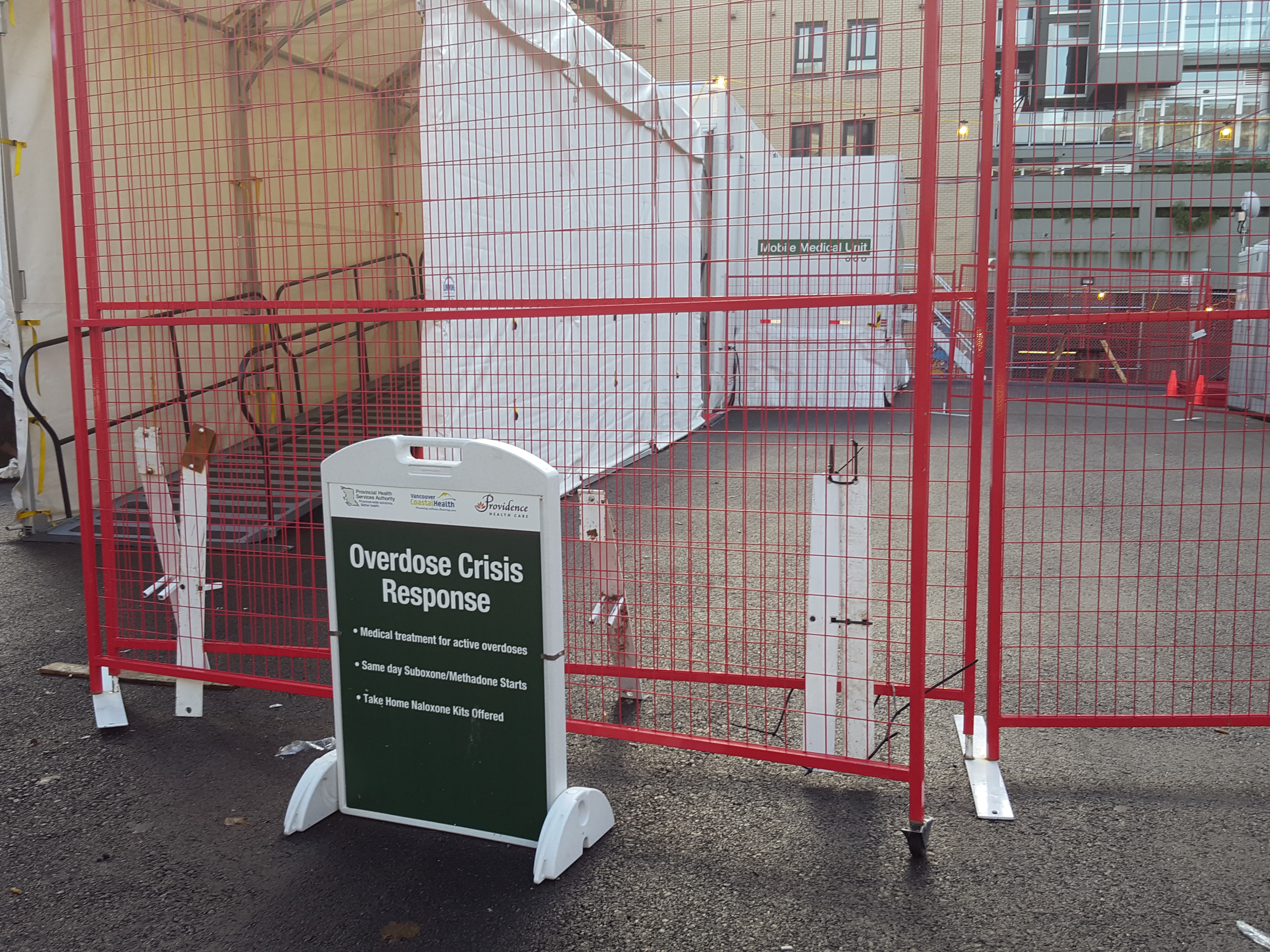 Despite the fact that communities are so often the first responders in public health emergencies, federal leadership and support on these matters is necessary in order to ensure equal access to health care for all Canadians. Organizations, for instance, need a federal exemption to open supervised injection sites. Vancouver Coastal Health applied for two in October, but continue to await on the federal government's approval, despite assurances those applications would be expedited. In that time at least 270 people have died across BC - many of them in Vancouver.

While bureaucrats congest the process with red tape, a life-saving solution (supervised injection sites) backed by science but stymied by ignorance or apathy, continues to wait in limbo. It is during this time that human beings are dying at a rate of more than two a day. This delay is unacceptable. We must rally together to demand better. Please join us on Tuesday, February 21 for a National Day of Action on the Overdose Crisis and let Ottawa know you care, because #LivesWontWait. Details to come.